One of Australian surfing’s most iconic designers talks to us about craft, innovation and what makes Byron Bay so special as part of our summer celebration with Vodka O. 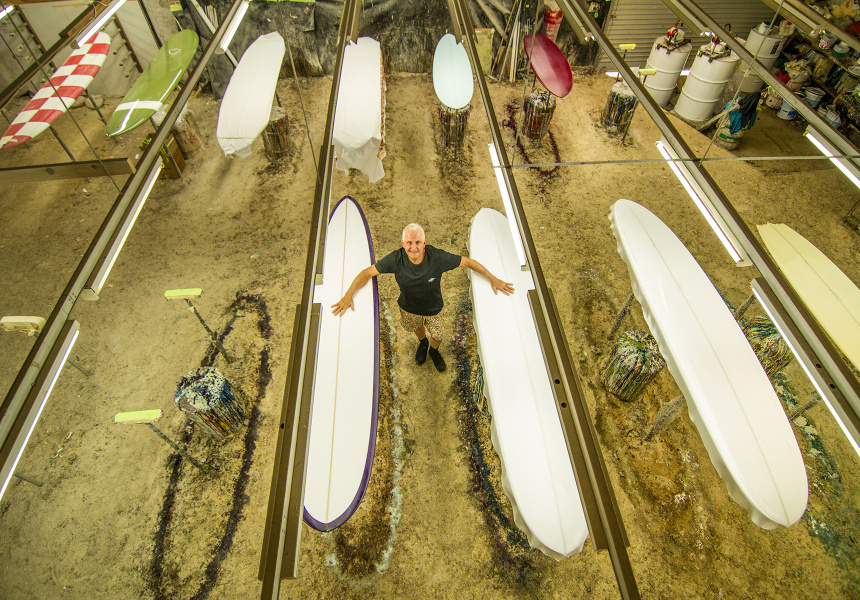 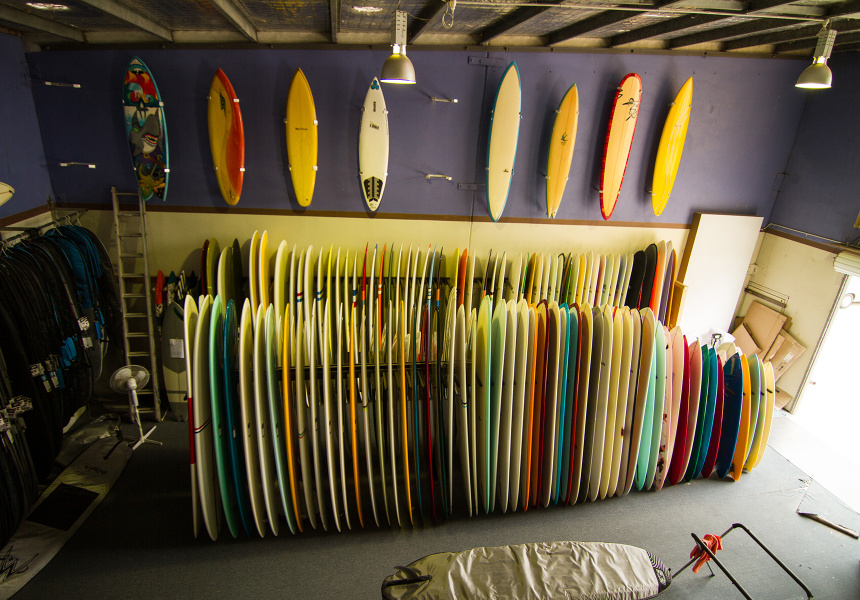 A small selection of the incredibly varied craft produced by McTavish. A craftsman and his art.

If you’re a surfer in Australia, you’ve heard of Byron Bay local, Bob McTavish - pioneer, innovator, master craftsman and surfboard shaper. A natural spirit, McTavish is an icon of the Australian surfing community. His McTavish Surfboards company is still – after almost half a decade in business – responsible for creating 1500 surfboards every year.

If you’ve ridden a McTavish, you’ll know what his boards are about: having fun, pure and simple. In fact, there are few surfboard designers more in tune with the sort of waves you’re likely to experience in summer on Australia’s east coast.

With a passion for purity, McTavish’s boards are lovingly crafted to make the most of the conditions. So, it comes as no surprise that he’s more than happy to welcome the uninitiated into the inner world of surfing with a few inside tips. “Byron is a great place to learn to surf but the best time to go is ‘gentleman’s hour’, between 9am and 12pm,” he says. “The light is at its best angle and you can surf over your own shadow. After that, you get glare in your eyes and can only see the surface of the waves, and not through them.”

Warming to the topic of what makes Byron Bay special, McTavish says the appeal is you can surf for 320 to 330 days of the year. “Its unique in the world to find surf that frequently, and the water is warm,” he says, smiling. “That, and the fact you can get great coffee everywhere.” McTavish attributes Byron’s increasing popularity to its refreshing friendliness. “In the ‘60s when I was travelling up and down the coast from Sydney to Noosa, doing maybe six-to-eight trips a year, Byron was always reliably friendly. Yamba was grumpy and Kempsey and the Gold Coast had no time for surfers,” he says. When McTavish casually mentions travelling up and down the coast in the ‘60s on surfing trips, he neglects to mention that at the time he was also pioneering the size, shape and function of surfboards that would change the surf industry forever.

The surfboard shaper is most commonly known for his dedication to the craft, but speaking to him now it’s clear he’s certainly not one dimensional or one-track minded. Rather, McTavish is balanced. He speaks lovingly of his family, and also the food the Byron region is becoming well known for. “There’s so much good, natural production in the area. It’s only natural that the food is healthy, green, local and very high quality,” he says. One of McTavish’s sons works as a chef in Melbourne, so he says that while there’s no Rockpool or Top Paddock in Byron, there are plenty of people stepping up to that next level.

Speaking of the next level, at 70 years old he still gets in the water some way or another, despite a couple of hip issues. McTavish says he’s been in love with the ocean since his dad first took him body surfing, and in love with surfboards since his first visit to a board factory in Brisbane. “I consider myself extremely lucky. You can probably only do one thing really well, and I chose surfboards and surfing. In my opinion you have to focus on one thing if you really want to do it well in a creative field, and that’s the only one I had a passion for.” In his late teens McTavish’s first job was working for Brisbane radio station 4BH, but he found himself dreaming of surfboard design. “I was the panel operator, playing the records and scheduling the ads, but my schedules always had drawings of surfboards on them,” he says.

McTavish Surfboards was founded in 1962, in a radical era of surfboard development. From the outset, McTavish was a leader in terms of shape and style and his designs influenced surfing culture all over the world. McTavish’s vision and talent drove continuous refinement through the ‘70s, with tail shapes and fin development, the introduction of quad fins and three fins in the ‘80s, windsurf and wave-ski design in the ‘90s and the rebirth of the longboard – which McTavish helped redesign into a more functional, loose and surfer-friendly board. Today, McTavish says there is demand for his surfboard designs from the 1960s all the way through to his latest designs. Each year his team of craftspeople produce approximately 1500 surfboards, each with the customer’s name on it.

McTavish remains the driving force behind the constant process of craft, design and innovation. To say he lives and breathes surf culture is an understatement. A typical day for McTavish involves breakfast with his wife Lynn and a morning surf. Then he’s off to the factory to answer emails and oversee quality control. The afternoon is dedicated to shaping boards. Drawing on 46 years in the industry and a lifetime in the surf, McTavish says the design process begins with a vision of how a surfboard could fit a certain role. “When I’m designing, I’m not necessarily looking for a gap in the market, but a gap in surfers’ hearts,” he says. Then he develops the prototype for the team who test it and “get the bugs out”. “We’re developing a new model about twice a year, but the rest of the time we’re happily making beautiful boards that we know work.”

For someone dedicated to the craft from such a young age, McTavish says the buzz has never left and it never will. “Surfing puts you in touch with nature and creation on a daily basis. The huge appeal of surfing is your interaction: you and the water and your surfboard. It’s pretty fabulous.”

Thanks to Vodka O we're giving away a relaxing weekend in Byron Bay. Enter the competition here.