Into the Blue with Milly Dent

Milly Dent makes marbled ceramics that look like they've been rescued from the bottom of rockpools. 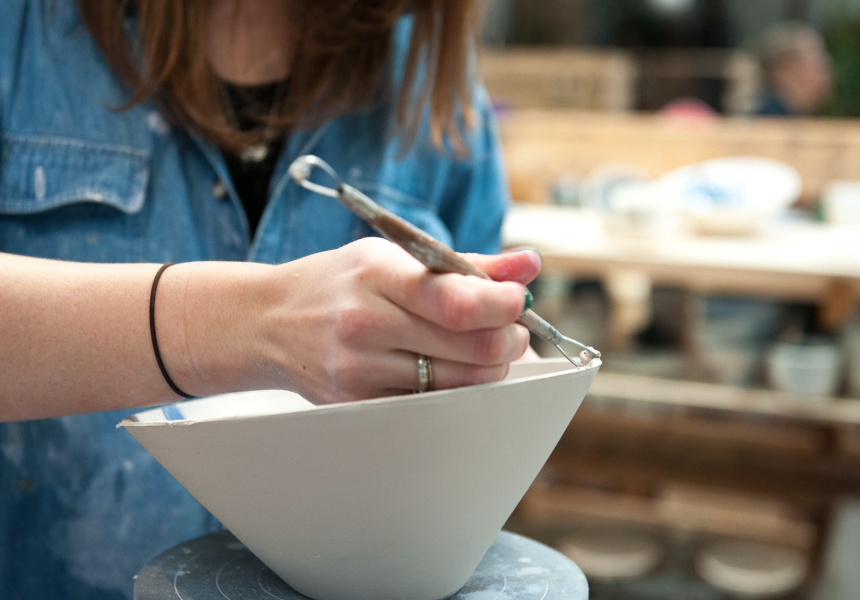 When you imagine fine china, chances are you'll picture a set of white and blue plates suspended in a glass cabinet. Milly Dent takes this tradition and warps it, creating ceramics that appear to be frozen in the fluidity of their making.

After graduating from a Bachelor of Design at College of Fine Arts in NSW, and polishing her ceramic-making skills on exchange in Montreal, 23-year-old Dent established her eponymous label. “When I started making there was a lot of interest from friends, then it grew to the point where I found a bigger studio space, got a kiln and now I’m making and selling,” says Dent. Her label has now become her full-time job in under a year.

Dent takes inspiration from the process of creating ceramics, leaving the final result in the hands of the material. “Ceramics is so much about playing around with the material and seeing what you can do with it,” she says. Using a slip-casting technique, Dent says her style was developed through trial and error – and a lot of mistakes. “I don’t have much control – it just depends on what the clay wants to do, which is the nice part. It’s quite theraputic.” This means each piece is a unique experiment with an unknown result.

Her designs feature inky blues suspended in asymmetrical gem cups, ripples that swim across nonagonal plates and storms brewing on tumblers. Dropping colour inside still-wet moulds creates these distinctive marbling effects. Other plaster moulds take their shapes from natural objects, like the oval Opuntia platters that are cast using cactus leaves. “I’m definitely inspired by the natural world. I’m obsessed with the ocean and there’s a relationship in the colour schemes of my pieces,” says Dent.

For Dent designing ceramics is about breathing new life into dining implements that are as pleasing to the senses as the food and drink inside them. “I try to make sculptural, beautiful, functional pieces that make dining rituals more exciting than just your ordinary cup of tea.”

Milly Dent Ceramics are stocked at Lunar Store and Servery and Spoon in Melbourne. 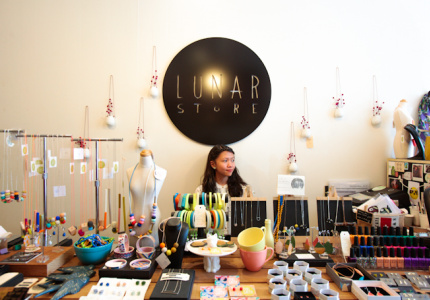