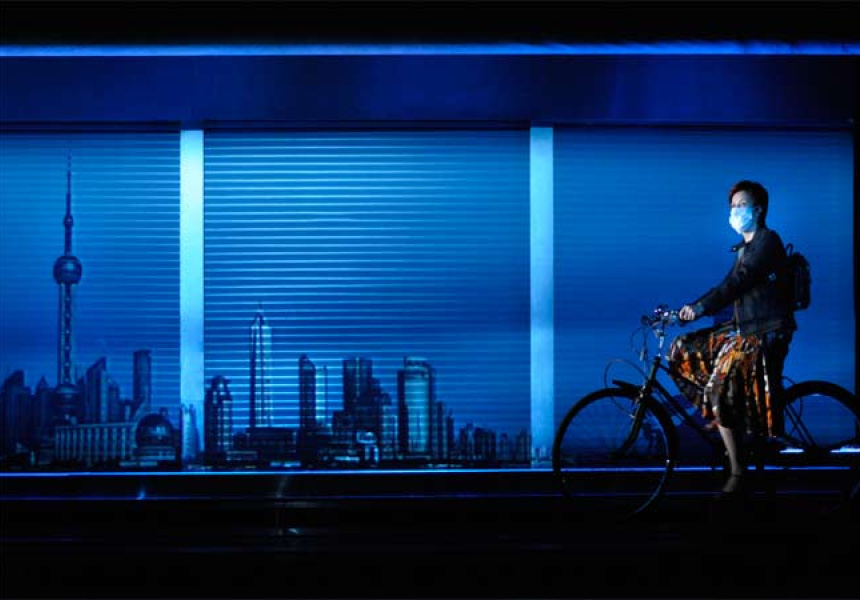 There are strict rules in China about children, we are all familiar with the one-child policy no doubt. A legend that adheres to this law is one in which babies whose mothers cannot keep them - such as those born out of wedlock - are placed in the river to determine one of three gorges (essentially three fates). The first will drown the child, the second will see it found by a new family, and the third will return it to its mother. Heartache rendered at any outcome.

This legend is a central theme to Robert Lepage’s theatre piece The Blue Dragon, set in modern day Shanghai. A semi-biographical work, the central character is a middle aged, French Canadian living in China, so the story is told in three languages as subtitles are displayed projected on to a beam that is part of the large, versatile set.

Though the story is not a particularly new one, the way it is presented is on a most mesmorising stage. Designed by Michel Gauthier, the set was sent over for the Melbourne Festival in two large shipping containers. Projected images of calligraphy and political iconography are set against a backdrop, while ambient lighting creates emotionally driven scenes for the characters as they move between a multi-layered set, of moving surfaces, screens and bicycles. The visual are so involving, you don’t even realise you’ve been sitting for nearly two hours without an interval.

At the end of the show the audience is given the chance to choose its own ending. There are three options, and much like the Chinese legend, all end in heartache.

It’s a shame this production has such a short season at the Melbourne Festival, finishing tomorrow.

The Blue Dragon runs until October 12 at the Arts Centre.