The photographer’s new exhibition bridges the gap between Ancient Greece and today. 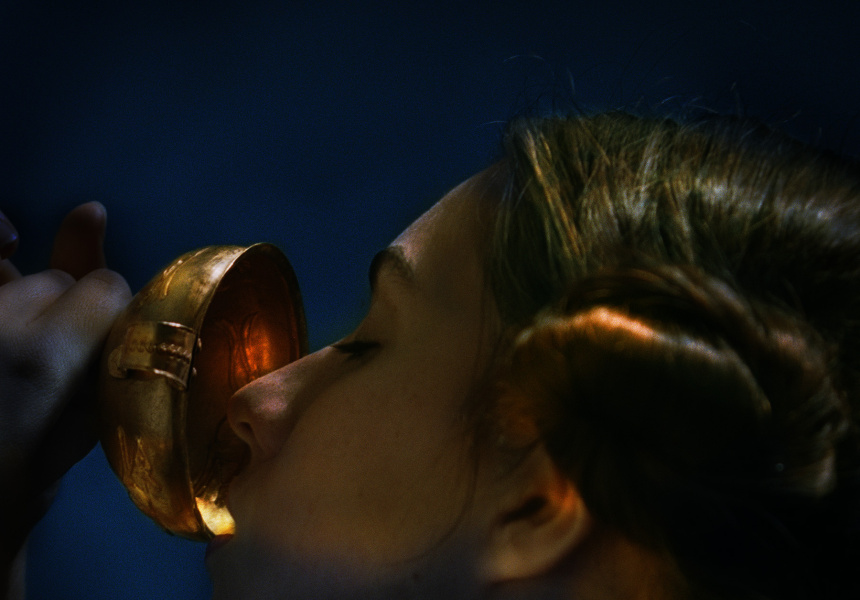 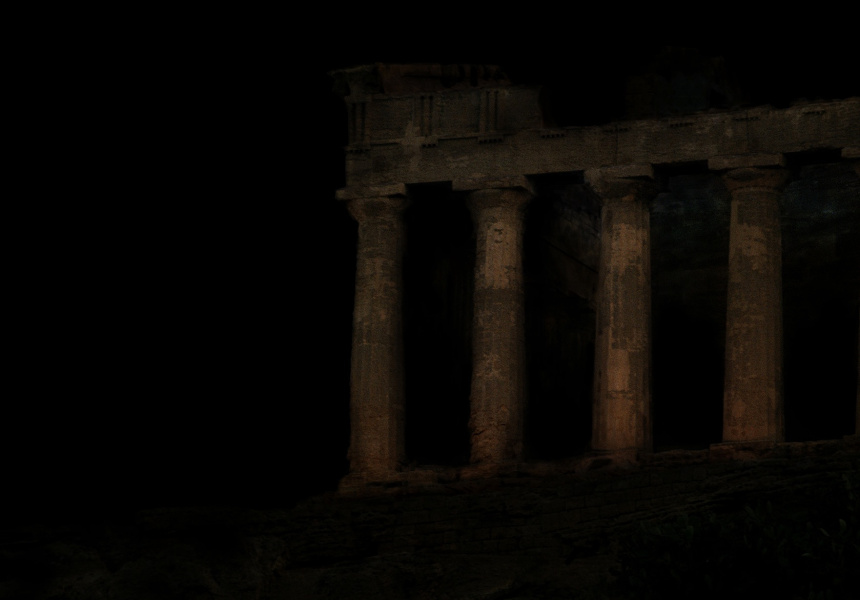 Downstairs at the Hellenic Museum is Gods, Myths and Mortals. It’s an exhibition of artefacts that are between three and four thousand years old, all on loan from the Benaki Museum in Athens. They are priceless glimpses into a lost past, encased in glass for posterity.

But upstairs, in a dark, calming room, is the latest exhibition from Australian photographer Bill Henson, who has been given free reign with these ancient pieces to bridge the gap between a lost civilisation and the present. In 11 photographs Henson takes artefacts out of their glass cases and returns to them their original purpose.

A pair of earrings is hung from ears, a golden crown is worn, and a cup is used to drink from. Henson has photographed these moments in rich golds and blues; intimate, passionate and compelling.

Henson’s most high-profile works have been statuesque nude portraits, so a flicker of an ancient-Greek influence has always been in his work. But this time his interest in the ancient and unknowable is at the heart of the exhibition. The title, Oneiroi, is a reference to dreams in Greek mythology, and the photos project an incomplete, dreamlike world.

“When you wake up from a dream, it’s compelling, but it’s not fully understood,” says Henson. Like dreams, he suggests, lost cultures present themselves in tantalising fragments. “We have to project our sense of imagination, of longing, because we just don’t have the details.”

There are gaps in our knowledge of the ancient world, Henson says. “And the gaps are the spaces into which your imagination flows.”

In contrast to a lot of Henson’s earlier works, these images are fragments, close-ups of detail. The sole model, a 14-year-old girl Henson spotted eating in a local pizza shop, is never fully in frame – and neither are the artefacts she shares the frame with. She’s as unknowable as the battered and delicate artefacts.

There’s no sense of her personality, Henson says, and that’s deliberate. “There are no full face shots because it’s not about the individual,” says Henson. “It’s about an archetype.”

Bill Henson’s Oneiroi opens on Friday April 8 at the Hellenic Museum as a permanent exhibition.