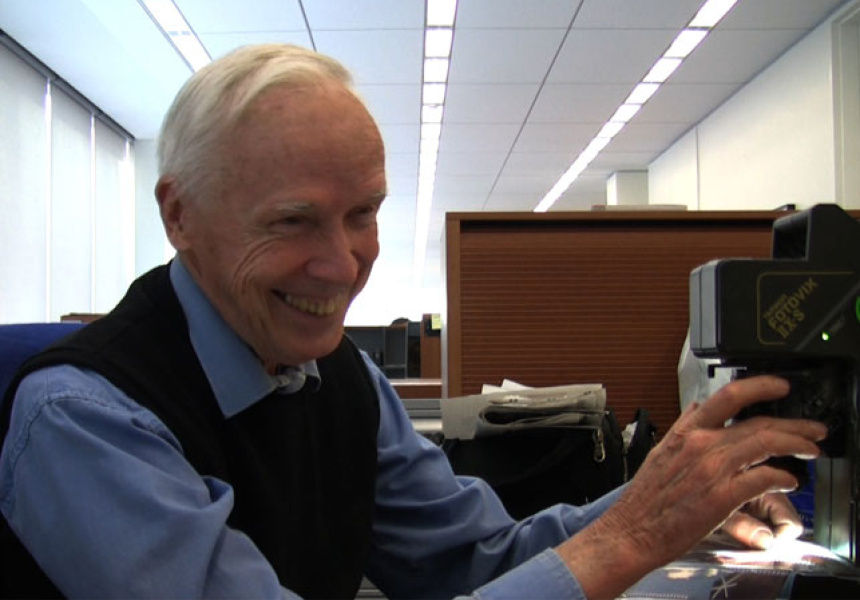 “The best fashion show is on the street.” This is the mantra of Bill Cunningham. For 50 years, he’s documented New York fashion trends, and the people who propagate them, through his candid photographs for the New York Times and a pre-Condé Nast Details magazine.

From aristocrats and socialites to ordinary people on their way to work, Cunningham’s eye for style is so respected that even Anna Wintour once admitted “we all get dressed for Bill.”

With Bill Cunningham New York, Richard Press’s 2010 MIFF Audience Award for Best Documentary winner, the lens is finally turned back on the 82-year-old man behind the camera.

Despite Press’s fairly gentle documentarian style – save for a few notable exceptions, he’s largely content to remain outside the realm of Cunningham’s somewhat mysterious personal life – the film feels deeply revealing of the man’s true character.

A charming and oddly moving film, BCNY offers a refreshing fashion world contradiction. Cunningham’s photos have been instrumental in shaping the face of fashion and yet he proclaims that he personally likes “down to earth, simple things.”

Warm and modest, yet strangely detached from social life, Cunningham makes a uniquely compelling subject. His austere, almost monastic approach to life is particularly intriguing – seemingly a by-product of his aim to remain a purist reporter. Indeed, he professes a desire to maintain selfless objectivity as he begins his daily searches for that rare glimpse of creativity and beauty.

Poignant and insightful despite being light on nitty-gritty details, Press’s film offers a pleasant and generally uplifting look at one of fashion photography’s most interesting characters.