After a weekend of Presley-themed activities in the gold rush town, Ricky French finds himself enthralled by the snippets of Elvis’s life – and he eats like a king, too. Here’s why you should take a trip to Bendigo Art Gallery and where to dine while you’re there. 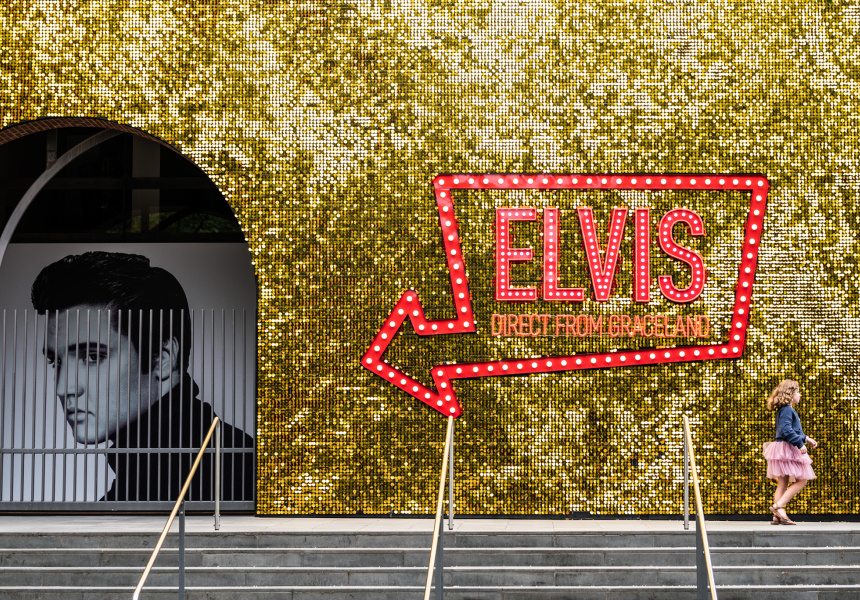 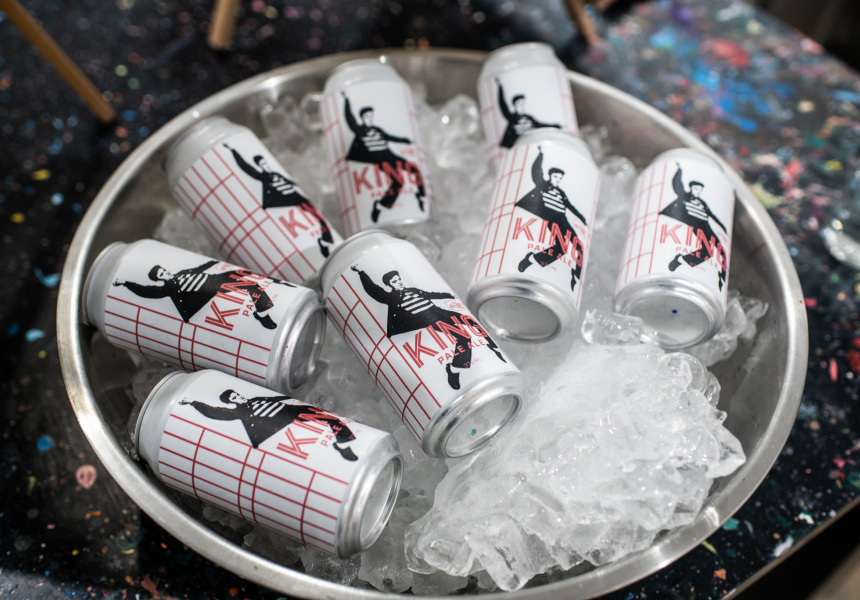 Ask yourself how famous you’d have to be for your dad’s work pants to be deemed worthy of display in a gallery. Vernon Presley’s strides are just one of over 300 artefacts from the life of Elvis Presley now showing at Bendigo Art Gallery until July 17.

The exhibition, Elvis: Direct From Graceland, features an astounding collection of items that leave you pondering questions such as “What in God’s name is the red MG sports car driven by the biggest selling solo artist in musical history doing in a gallery in regional Victoria?” Ditto Priscilla Presley’s wedding dress. Double ditto Priscilla Presley herself, who flew to Bendigo for the opening of the exhibition and gave a press conference to confirm that yes, it wasn’t fake news.

Inside, it’s absolutely packed (go midweek if you can), so you naturally gravitate to whatever display has the fewest heads craning over it. It’s curated chronologically and presents Elvis as a sort of superstar prototype, but also as a humble man who adored his family and fans.

Some fans are particularly animated. On Broadsheet’s visit, one guy is bouncing off the walls so much I’m worried he’ll crash through the glass cabinet containing Elvis’s Gibson J-200 guitar. The entire Bendigo region has gone Elvis mad. Over 30 Elvis-inspired experiences complement the exhibition. Bendigo was named a Unesco Creative City of Gastronomy in 2019, and these spin-off experiences help showcase the food, drink and creativity of the entire region. The spoils of the King shall be shared.

At Castlemaine’s multipurpose hub The Mill, artist Melissa Proposch leads a walk-up workshop in intaglio engraving, incising an acetate plate with an image of an Elvis jumpsuit. You can turn up and etch your own jumpsuit design – and, judging from the actual Elvis jumpsuits on display at the gallery, no design can be too outrageous.

Next door at Shedshaker Brewing, Doug Falconer from Hunters & Collectors takes to the stage. He barely shifts out of second gear in a faultless karaoke rendition of (Let Me Be Your) Teddy Bear, the audience chiming in on backing vocals. Falconer, who founded the brewery with Jacqueline Brodie-Hanns in 2016, gets chatting later about Elvis as a revolutionary. “He brought rock’n’roll to the white folk … He invented putting the snare drum on the two and the four …”

But what about the addiction and consumption in Elvis’s later life? While the exhibition is silent on the various vices that contributed to the King’s early death, Bendigo’s numerous eateries aren’t. I hit the streets to court cardiac arrest, starting with a delectable Blue Suede Choux chocolate eclair from Bluebird Patisserie and a peanut butter and jelly chocolate bonbon from Indulge.

Elvis’s devotion to cholesterol is championed most devotedly, though, at Hustler, an American-style burger bar that’s concocted something truly grotesque. The Fool’s Goldburger constitutes a beef patty, maple bacon, peanut butter, raspberry jelly and potato chips, inside a jam-donut bun. It’s regrettably delicious. I wash it down with a Hound Dog cocktail (fat-washed bourbon, brulée banana syrup, raspberry liqueur and a stick of fried bacon).

If you require art therapy afterwards, pop over to Pinot & Picasso in Hargreaves Mall for its Paint the Town Presley experience. Here, you can suck on a can of East Bendigo Brewing Company’s special edition King Pale Ale while painting a canvas of the King’s head under the patient tutorage of artist Laura Bruce.

Many bars and restaurants, such as the excellent Ms Batterhams and Dispensary, are serving Elvis-themed cocktails. But the best cocktail party in town happens aboard a Y-class tram, emblazoned with party lights for the weekly Shake Rattle & Roll event. The mood is infectiously joyous.

The Engine Room, inside Bendigo’s historic fire station, is where I find local all-star band the Burning Lovers (featuring Dean Muller from the Cosmic Psychos) rehearsing for a series of Burning Love tribute shows. They’ll be joined by different singers – Emma Donovan & and the Putbacks, Gabriella Cohen, Freya Josephine Hollick and Cool Sounds – for cabaret-style renditions and discussions of Elvis tunes.

These peripheral experiences value-add enormously, but everything comes back to the exhibition. When Priscilla Presley spoke at the opening, she broke down. Objects spark memories, and here were all those objects from their home at Graceland, which Priscilla Presley managed (and saved from creditors) after his death, even though the couple had been separated for five years.

While the big-ticket items – the MG, the Harley Davidson, the wedding outfits, the jumpsuits – turned the most heads, I found myself enthralled by the snippets of Elvis’s life, particularly from the very start and the very end. One of the first items on display is an old library card, showing he borrowed Told by Uncle Remus: New Stories of the Old Plantation by Joel Chandler Harris.

He grew up in poverty, and we’re reminded of this via his father’s tattered and stained labouring pants. He grew up listening to gospel singers and African American blues, and a display of items from his bedroom features the last record he listened to, still in place on the record player and never played since his death. It was by gospel band JD Sumner and the Stamps. Strange – yet quite amazing – to see it in a regional art gallery in Bendigo, direct from Graceland. 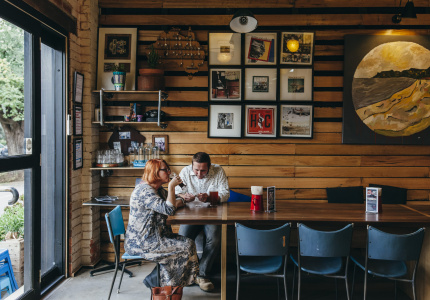