Beasts of the Southern Wild

This environmental fable of a film will fill your heart and delight your eyes. 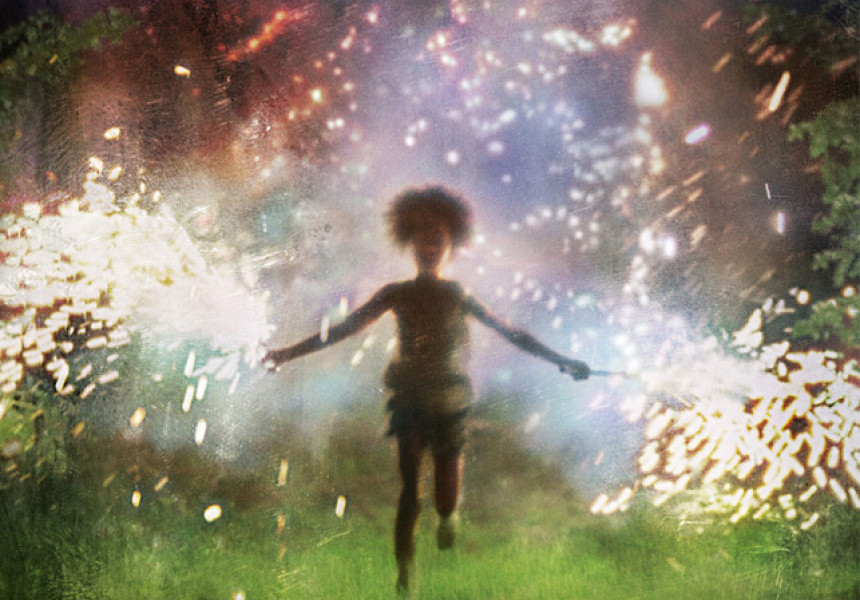 “Once there was a Hushpuppy, and she lived with her daddy in The Bathtub.” Set in a near-future version of our world, six-year-old Hushpuppy lives in an isolated Louisianan bayou community called the Bathtub that has been irrevocably affected by rising sea levels. Fascinated by nature, Hushpuppy explores her semi-feral community in an effort to uncover her true place in the world.

Yet an approaching cataclysmic storm and her erratic father’s illness drastically alter her worldview, and Hushpuppy must strike out on her own in order to discover how to survive in an unpredictable world. And what of the mysterious aurochs, prehistoric beasts released by the melting ice caps that are set to descend on the Bathtub?

Beasts of the Southern Wild is an astonishing film, and not just because it is director Benh Zeitlin’s first feature. Viewing environmental disasters through the lens of fantasy and magical realism, it has a mythical quality that, in the hands of others, could have turned the film into a darkly ominous fable. Yet the film is strangely positive, mostly due to the truly magical performance of Quvenzhané Wallis as Hushpuppy. Hers is the most captivating performance from a child in years, and the believability of her reactions to her character’s journey will cause your heart to catch itself in your throat.

Combine this with a visual aesthetic that merges ad-hoc survivalist structures with visceral depictions of nature, that are sure to lodge themselves indelibly into the minds of designers of all artistic stripes, Beasts of the Southern Wild is an ultimately affirmative, beautiful myth for our changing planet.

Beasts of the Southern Wild is in cinemas from September 13.