This article is produced by Broadsheet
in partnership with Art Series Hotels.

The Australian Making the Tiniest Art in the World

Adelaide’s Joshua Smith celebrates the surprising beauty of urban decay – on a very small scale. In partnership with Art Series Hotels, we learn more about the micro-art movement. 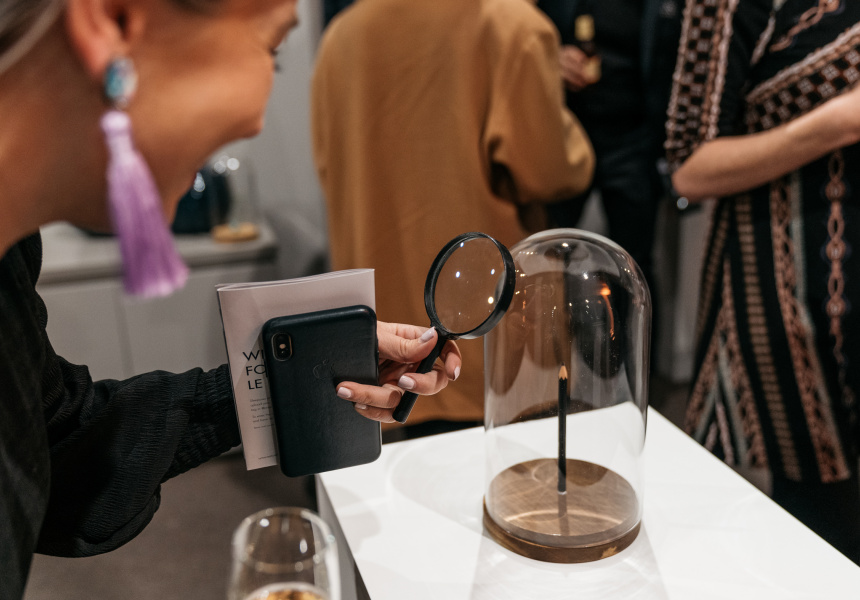 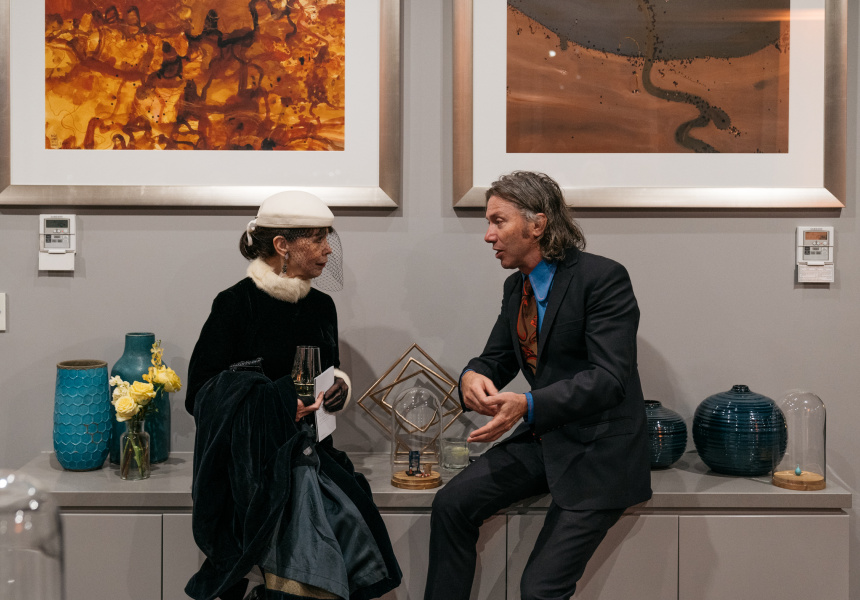 When Joshua Smith handcrafted a miniature replica of the iconic Quick Stop convenience store from the 1994 cult film Clerks, he never thought the movie’s director would end up buying it. And yet, Kevin Smith himself (no relation) is now the proud owner of the tiny piece, which the self-taught Adelaide artist created for an exhibition at Gallery 1988 in Los Angeles last year.

Made on a 1:20 scale, the Quick Stop diorama is indicative of Joshua Smith’s meticulous “micro-art”- which can be seen at Art in Micro, an exhibition running across eight Art Series Hotels around Australia until July 31. The exhibition is also a bit of a game. Guests are given a magnifying glass at check-in and invited to search for micro-art subtly displayed around the hotels. Whoever finds the pieces and posts them on social media goes into the running to win a trip for two to Paris. The most creative picture wins.

Smith - alongside Hawaiian artist Jon Almeda, and Russian artists Salavat Fidai and Varvara Razakova - was commissioned to make 16 unique works for the exhibition, ranging from individual cans of spray paint (which actually rattle like the real thing) to US Postal Service mailboxes complete with tags and stickers. “I’m looking at the overlooked aspects of the urban environment,” he says. “Like buildings that are completely falling apart and covered in grime.”

This kind of idiosyncratic activation is not so unusual for Art Series. The boutique hotels – which are named after different Australian artists, feature an in-house curator and are adorned with original artworks – have previously hosted events such as ‘No Robe’, in which guests were provided with a camera in their rooms to take a nude selfie, which was then sent to an artist to draw a portrait. Last year three of the hotels invited guests to grab a spray can and add some paint to the walls (it was called ‘Colour Your Stay’).

Smith has only been working in miniature for about three years, but has over 100,000 followers on Instagram. He previously ran Adelaide gallery Espionage, and, prior to that, worked as a stencil artist for 17 years. “I was always very good about sitting down and just working, like, hundreds of hours on meticulously detailed work,” he says. “So the miniatures aren’t that far removed.”

Not long after first experimenting with the tiny format, he earned an exhibition in Melbourne, followed in rapid succession by shows in London, Paris and New York. At the time he thought he was the only person creating micro-art, but he’s now aware of contemporaries, and some artists who have been making similar work since the 1970s.

“Since discovering what other people were doing, I would look at it and say, ‘Okay, what are they not doing?’ I would focus on things they were overlooking,” says Smith. “I’ll look at all the inconsistencies, like chipped paintwork, old signage and graffiti. I love that attention to detail, and I’ll recreate that specifically. That’s what people really love to find in the work.”

Most of the proper buildings he recreates take between two and five weeks to complete, depending on the scale and complexity. Using material such as cardboard, paper, thin plastic and medium-density fibreboard – as well as tiny LED lights in some of his more recent works – Smith can accurately recreate weathered stone and bricks and even rusted metal. “A lot of people are impressed by the level of detail and realism,” he says. “People are surprised when they find out what the [works are] made out of.”

As for the real-life inspirations for his work, Smith actually hasn’t seen about 80 per cent of the buildings he’s replicated. He initially worked from Google Street View and now sources photos and measurements from his worldwide network of fans, where possible. Street art is key to much of Smith’s work, but he doesn’t just make up his own tags: he reaches out to the actual street artists for permission to accurately recreate their works in miniature, whether it’s on a building or a mailbox.

What makes his pieces so captivating is that they aren’t immaculate replicas in the style of dollhouses. They’re more like painstaking shrines to everyday wear and tear. And more than just mere novelty pieces, they open people’s eyes to the beautifully eroded details hiding in plain sight all around them.

“People have said it’s changed their perception of what they think of things like an overflowing rubbish bin in an alleyway,” says Smith. “A lot of people would walk past and think it’s a blight on the neighbourhood, or not even give it a second glance. I focus on those aspects and give them importance, trying to show the beauty it still has.”

Art In Micro is being exhibited at all eight Arts Series Hotels until July 31. Find out more here

This article is produced by Broadsheet in partnership with Art Series Hotels. To go into the running to win a trip for two to Paris, find the art around the hotel and upload photos to Instagram tagging @ArtSeriesHotels with #ArtInMicro in the caption. The most creative picture will win.

This article is produced by Broadsheet
in partnership with Art Series Hotels. Learn more about partner content on Broadsheet.