Ask Alice Stationery has launched a colourful new charity calendar for 2014 that won’t only brighten your wall, but also deliver 100% of profits to the Asylum Seeker Resource Centre. 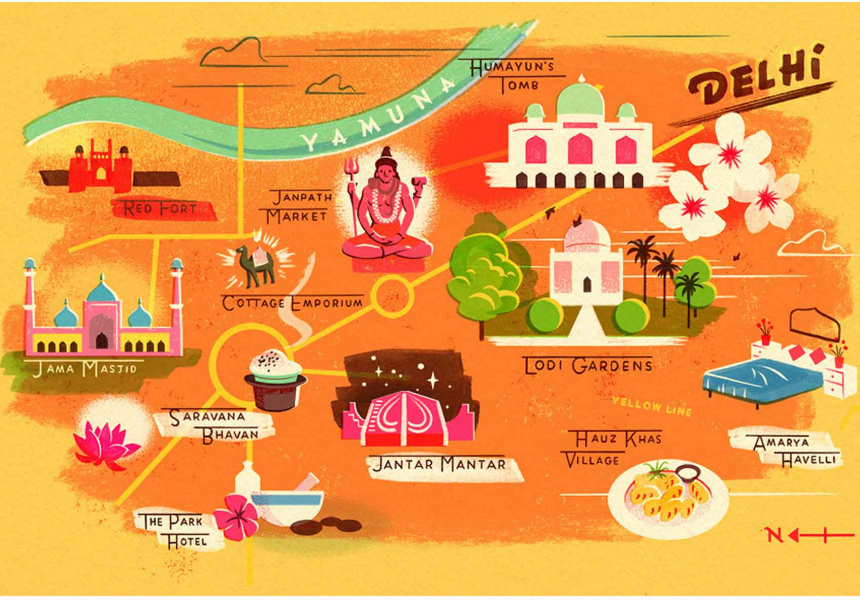 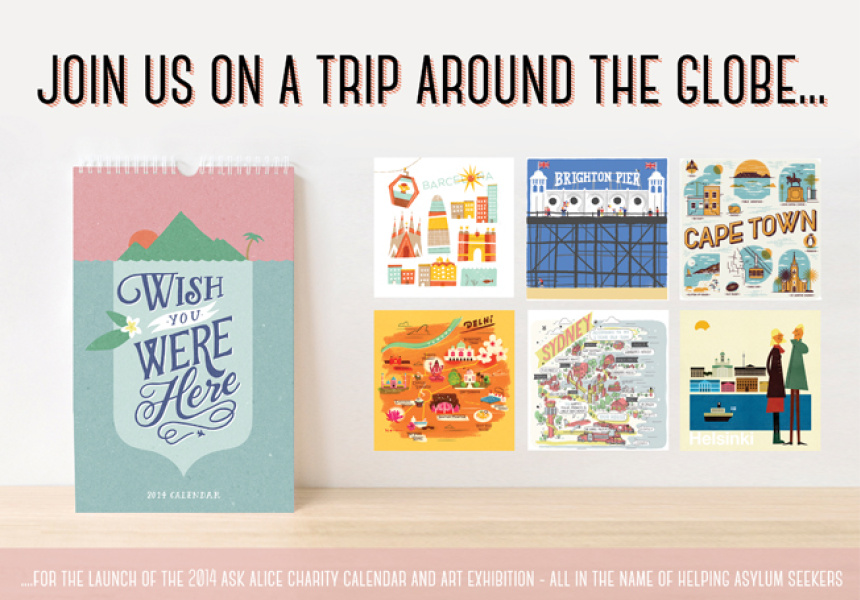 Melbourne-based designer Sass Cocker, the founder and creative mind behind Ask Alice Stationery, has launched an annual charity calendar to raise funds for a different not-for-profit every holiday season. This year, she has her sights set on a new charity and her highest funding target yet.

In 2011, Ask Alice raised funds for victims of the devastating Tohoku earthquake in Japan. The following year, Cocker was more ambitious with her charity project, recruiting artists from all over the globe to feature in Tough Love, an assortment of cat and dog illustrations produced in aid of The Dog Rehabilitation Program, resulting in a whopping $13,000 worth of donations.

Wish You Were Here is her latest calendar fundraising project, featuring a series of illustrations by a hand picked selection of artists from all over the world including South African-based creative agency Studio Muti, Denmark illustrator Michelle Carslund and Tokyo artist Masaka Kubo, among others. This year the target is set at $20,000 with all proceeds going directly to the Asylum Seeker Resource Centre.

“I feel it’s important to bring the term asylum seeker into our everyday conversations and to try and raise awareness about who these people are, and that they need our help,” says Cocker.

An illustrated trip around the globe, Wish You Were Here depicts a colourful world where there are no borders and all the countries are at peace with one another.

As well as assisting those less fortunate, Cocker is also conscious about the environment, opting to use products that are ethically produced, environmentally friendly and locally sourced.

“It’s one thing to buy something that’s not environmentally friendly, but to actually manufacture it is a really bad thing. As a manufacturer it’s important that I’m considering the environment and I’m not leaving behind a whole lot of landfill and waste,” she says.

With Christmas quickly approaching, the 2014 Wish You Were Here calendar is a nice gift idea that not only gives back, but also acts as a daily reminder of a group of people in need who can be easily forgotten in our day-to-day.

Ask Alice’s Wish You Were Here is available online. Ask Alice is also holding an exhibition of limited edition artworks at Mattt Shop, Level 3 of the Nicholas Building, until December 22.