Melbourne gets ready to pull an all-nighter this weekend with our very first White Night festival. 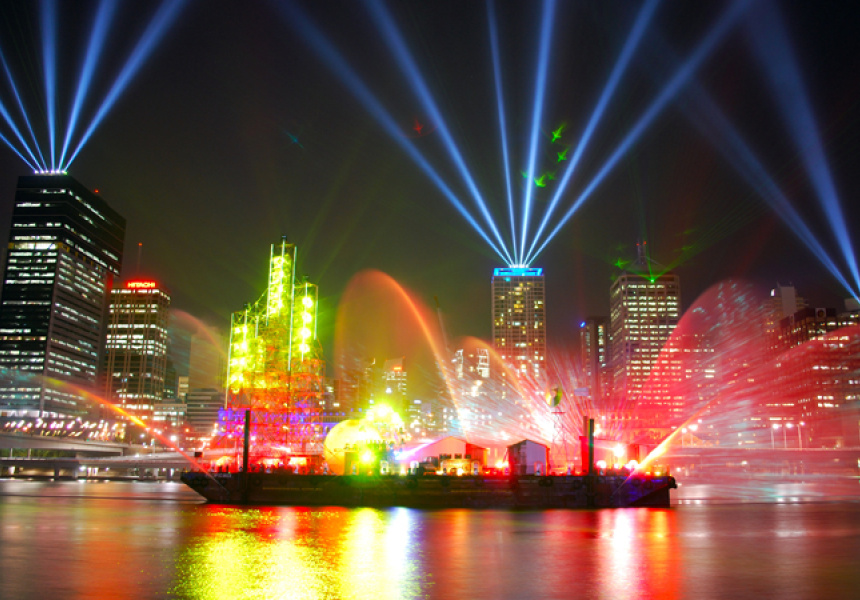 Beginning as Nuit Blanche in Paris in 2002, White Night was established to make art and culture accessible to large audiences within public spaces. Now, Melbourne’s commitment to artistic innovation will see the city hold its own White Night for the very first time.

Next Saturday the CBD will be divided into eight precincts, each with a theme and a roster of artworks, performances, installations and projections. “On a White Night, we turn over the city to the artists,” says creative director Andrew Walsh, “and let them rule the city for once.” Walsh estimates that there will be 300 artists involved, but you don’t need to bolt around to see everything as the festival is continues over the course of 12 hours. “You can wander around the city and savour it,” he says.

Highlights include Josephine Telfer’s Billabong projection outside the Melbourne Town Hall on Swanston Street, which is “literally a billabong, complete with all the sounds” says Walsh. “You’ll walk through the billabong, past this giant ice sculpture that’s been commissioned for White Night and into The World Below,” a decidedly weird gothic-inspired 18+ installation in the Hi-Fi Bar. St Paul’s will host Photon, a light beam projected from the cathedral’s roof which responds to visitors’ presence and touch, while The Forum will become a holographic world in which audiences can immerse themselves by wearing provided 3D glasses. Don’t be surprised when shown to enter from the small side entrance. “The idea being that we don’t use the front doors on a White Night; we use the back doors,” says Walsh.

The Wheeler Centre will hold a series of writers’ workshops and Flinders Street Station will become a grand stage for a list of independent bands including Eagle and the Worm and The Bamboos. Trams will run all night on all routes and almost everything is free.

If you’re planning to pull an all-nighter this Saturday, take a look at our picks of the White Night program.

Hiatus Kaiyote
One of the most original groups to come out of Melbourne in recent years, Hiatus Kaiyote’s richly textured world of gorgeous neo-soul is completely riveting. Frontwoman Nai Palm is only 23, but rivals Erykah Badu in her exceptional warmth and calm sass.
Flinders Street Station, 4am–4.40am, free.

Still Present
Yandell Walton has previously produced some beautiful, enigmatic projections for the Gertrude Street Projection Festival. Still Present references the history of the buildings its animations (by Tobias J. Edwards) are mapped onto, while hinting at the existence of the spirit world tucked behind reality.
Flinders Lane (Chapter House), 7pm–7am, free.

John Safran on Unrest: A School of Life Secular Sermon
As part of the School of Life series, documentarian and comedian John Safran leads a Secular Sermon that asks passionate and polemical figures to investigate the values we live by. Safran is divisive but always hilarious and thought provoking. Make sure you book through The Wheeler Centre website.
Madame Brussells, 6.30am–8am, free (but bookings essential).

Visit the White Night website for the full festival program.