Artists show their True Self

Designers, artists and photographers, each with their own signature styles and disciplines, join forces for a collaborative exhibition at Melbourne's GPO. 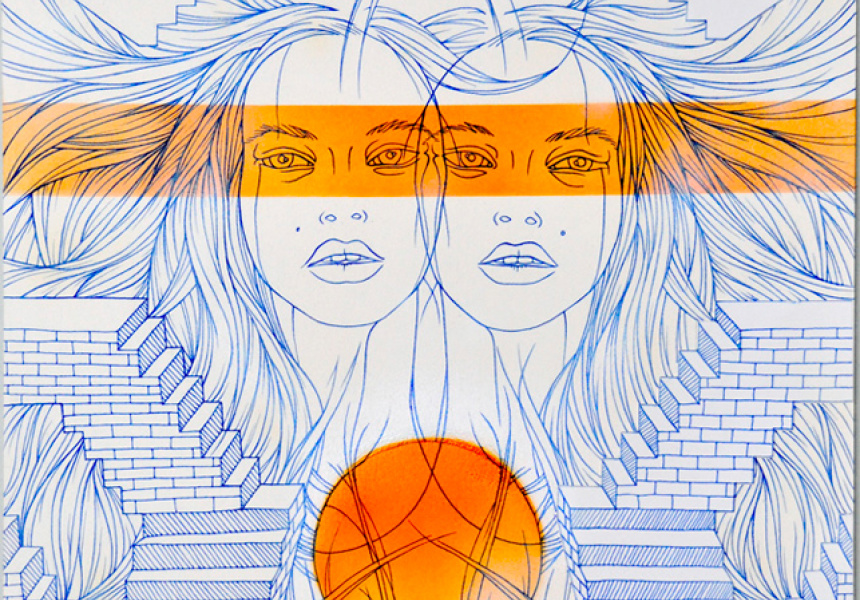 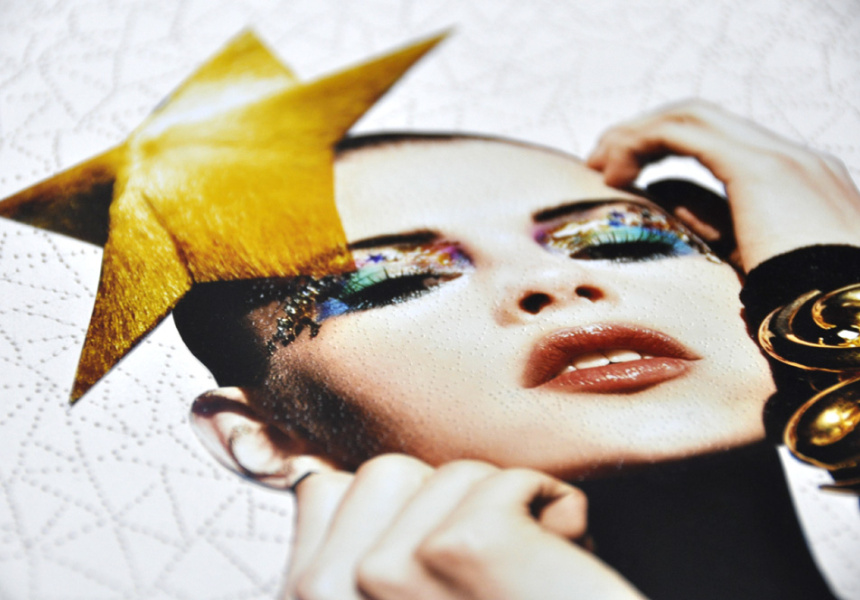 Some of Melbourne's leading creative sorts have put their pens, lenses and paintbrushes to work to present True Self, an exhibition benefitting Fitted For Work, a not-for-profit initiative that provides professional training and clothing to help disadvantaged women find a place in the workforce.

A kind of chain letter in the form of art, contributing artists were sent A3-sized drawing boards (produced by Fabio Ongarato Design) and asked to leave their mark on the board before posting the partly finished board to another artist. In the end, they’ve produced 52 artworks, all worked on by two individual artists, potentially with completely different styles and techniques.

Spearheading the project is the Jacky Winter Group, a creative agency that seems to have at its disposable every second other creative in Australia. Among those taking part are Beci Orpin, Tai Snaith, Kate Just, Kat McLeod, Akira Isogawa, David Bromley, James Gulliver Hancock, Limedrop, Dylan Martorell, Marc Martin and Ben Ahton-Bell.

Kelly Thompson, a New Zealand-born illustrator whose signature renderings capture siren-like ladies in various states of undress was one of those thrilled to take part. “I really enjoy how this project is bringing together such a huge scope of artists,” she says. “It's not often that illustrators get to mingle with fine arts.”

The results are surprisingly realised, especially as each artist worked separately. Thompson, who collaborated on two artworks – one with photographer Derek Henderson and another with fellow illustrator Gemma O'Brien – said there was little communication between artists about what each was planning to put on the drawing board, admitting it was easier for her when she was the first to work.

“The second [artist] has a harder job as the work had already been started, and I know that lots of artists had moments of insecurity about ruining someone's work, or doing something the first artist didn't like.”

True Self isn’t just the domain of artists and illustrators. Alex and Georgie Cleary of fashion label Alpha60 also got out their drawing pens for the project. This isn’t their first foray outside of fashion either; the creative siblings most recently designed merchandise for the Metropolis New Music Festival. “Anything different is exciting,” says Alex. “For us, fashion is just one part of what we like to do.

“Running our own label requires a lot of different skills – fashion, graphic, interior, multimedia, film… True Self is another chance we got to do something different, and it challenges what we do normally. That has to be fun, doesn't it?”

Monica Lakowski of the Jacky Winter Group says the project was a logical extension of the work the agency is involved in, which ranges from advertising through to packaging and poster design. “This project gave us the opportunity to work with some of our creative heroes in fine art, fashion and photography,” she says. “At Jacky Winter we love collaborating, so I suppose that influenced our development of the 'chain-mail' concept.”

The works will be exhibited on level 1 of Melbourne’s GPO, which will be transformed into what Laskowski describes as a “temporary exhibition nirvana” by the folks at Foolscap Studios. Opening Friday, each piece will be available for sale at $200 each. So get your hands on some one-off artworks by some of Australia's best design talents for a very good cause.