Referencing civil war in her native Ukraine, artist Stanislava Pinchuk found a unique way to trace the transformative physical impact of conflict into art. In partnership with Heide Museum of Modern Art, we find out how on the eve of the first-ever survey of her work, she’s preparing for a shift of her own. 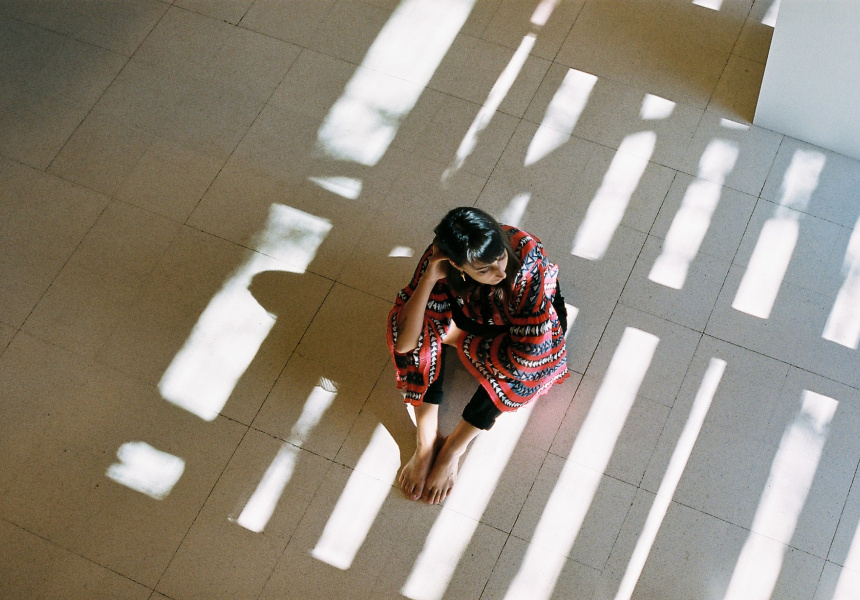 When we think of the impact of war, we think of its human toll. But it also has a profound effect on nature – and the land itself.

That lingering topographical toll informs the work of Ukrainian artist Stanislava Pinchuk, who first moved to Melbourne in 1997 and has been coming and going ever since.

“People think the ground is something pretty solid beneath their feet,” says Pinchuk. “It’s actually this incredibly shifting and precarious thing.”

That observation of altered earth runs through the artist’s new five-year survey Terra Data at Heide Museum of Modern Art. Focusing not just on large-scale war but also sites of trauma and daily politics, Pinchuk explores what she calls “the remnants of conflicts left in landscape,” through sculpture, painting, photography or pinhole drawings on paper.

Some of the materials used are actual remnants of war. Her cast “terrazzo” sculptures might incorporate detritus like spent SIM cards, tar and shotgun shells, while other mediums chart the land’s changed terrain.

Using the metaphor of domestic textiles and translating actual topographical data to paper with etching tools, Pinchuk aims to show how the earth– just like fabrics –change shape in a reactive way – like a favourite pair of jeans conforming to your body over time. She’s taken that relation one step further, with a timely collaboration with Collingwood not-for-profit The Social Studio on three scarf designs, each based on works from Terra Data, and available to purchase.

“I’ve never had a survey show before, so to do the first one in my adopted hometown and at Heide is pretty wild,” says Pinchuk. The exhibition is held in the two-storey limestone building at Heide that was once home to John and Sunday Reed. Pinchuk says she resisted the urge to cover every surface of the home. “It was also about letting the house breathe. And there being a 50/50 balance between the work and the house, because it’s so spectacular.”

War is typically seen to the outside world through reporting. Pinchuk says she hopes her variety of approaches and mediums will help people to see it – and it’s more subtle impacts – in a new way. “You can be a little more open-ended and experimental without constraining yourself within academic papers or survey reports,” she says.

Beyond the work in Terra Data, Pinchuk has been tattooing her friends for the past 10 years – “everything I do is some kind of mapping of the body and the landscape” – and has even created work in Chernobyl, using funerary shrouds and bridal lace to reference the liminal state a nuclear zone exists in thereafter.

That usage of material comes from a family tradition of lacemaking, which is also the origin of her pinhole technique and a nod to the only outlet many women had to express themselves in earlier eras. It’s all part of her focus on using textiles – right down to lace and fishnet – as a form of lasting documentation.

Pinchuk lived in Sarajevo in 2019, and intends to relocate there with her partner later this year. It means Terra Data is a symbolic turning point for her personal life as well as career.

“It’s a really nice goodbye party,” says Pinchuk. “Only one of these bodies of work was ever shown here [in Melbourne]; the rest were in Sydney. So it’s nice to have a homecoming for the works. I think seeing it all in the same space, accumulated, will bring home a lot of feelings. To be surrounded by so much you’ve made, it’ll make the last five years make sense.” 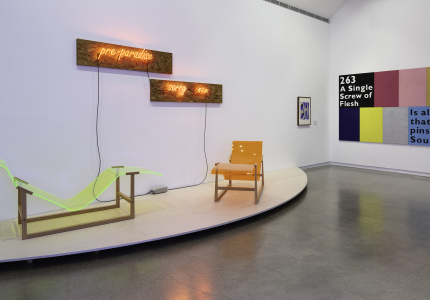