An international photography festival takes over Melbourne and tentacular spectaculars make an appearance at an incubator for edgy art. In partnership with Campari, here’s what to check out this month. 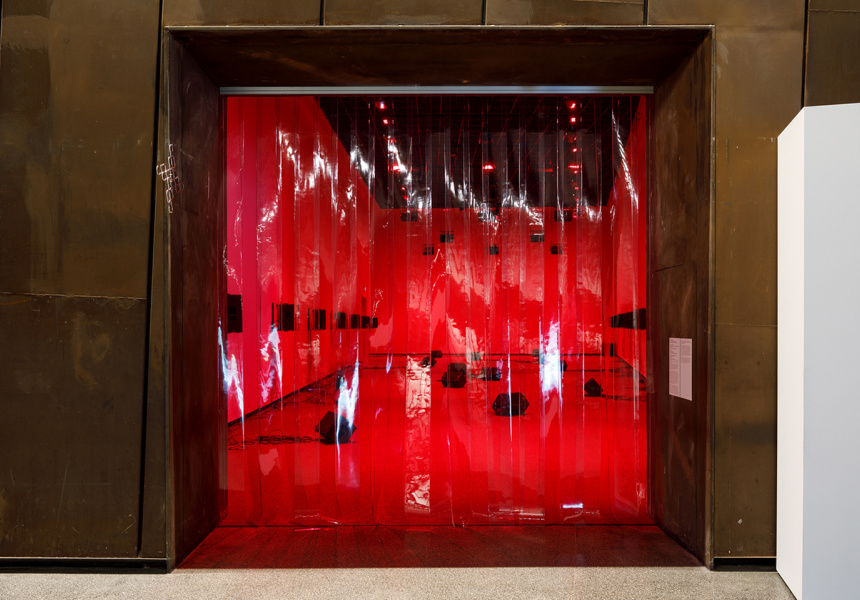 Photography: Courtesy of the Jewish Museum of Australia
1/13 Did you know that famous fashion photographer Helmut Newton once lived in Melbourne? In the 1940s and 1950s, Newton began to hone his unique style while living in both regional Victoria and the city.

In collaboration with the Helmut Newton Foundation and Photo 2022 International Festival of Photography, the Jewish Museum is sharing the personal story of one of the most influential, and controversial, photographers of all time. Helmut Newton: In Focus features such Newton classics as Elsa Peretti dominating a New York skyscraper scene, complete with très chic Playboy bunny ears and bustier, and decadent Parisian dinner scenes with the likes of Andy Warhol. The exhibition is a treasure trove of artefacts that shine a light on the photographer’s Jewish roots and his first studio in Flinders Lane.

The Photo 2022 International Festival of Photography also features a number of pop-up exhibitions worth hunting out – not only for the chance to discover the next big thing, but also to explore some of Melbourne’s newest creative spaces. At Agency Projects – one of Australia’s most dynamic non-profits supporting Aboriginal and Torres Strait Islander Art – in Collingwood Yards, you’ll find a solo exhibition by Palawa woman and Los Angeles-based artist, Jemima Wyman.

At the heart of Wyman’s practice is her collage process. She collects thousands of digital images that she finds online, then prints, hand-cuts and glues them together to create extraordinary geometric patterns and surreal shapes. In Billow, they come together in cloud-like forms of rich pinks, oranges, reds and greys, depicting images of smoke from flares, fires and deterrents used in recent protests from across the world. When you’ve finished taking in the pieces at Agency, head downstairs to Padre where you’ll find Wyman’s hanging banner Plume 15, and excellent coffee of course.

As a former Gertrude Contemporary intern, yours truly recalls mastering the task of recording thousands of 35-millimetre projector slides from artist submissions received for Octopus 2005. Ah, those were the simple days. Renowned as Melbourne’s incubator for edgy art, Gertrude has invited an up-and-coming curator to create a themed group exhibition, Octopus, each year since 2001.

In its 21st year, Octopus 22 is guest-curated by local writer and artist Tessa Laird. Laird’s show, entitled Baroquetopus, features works from a fluro octopus plinths that prop up crustacean-like vases by Kate Rohde, to a seaweed-laden creature that lurks in the shadows by artists from Mornington-based Aboriginal art centre Baluk Arts. Baroquetopus is a refreshing mix of playful sensibilities and scholarly musings on humanity and nature.

Adelaide-based artist Frances Barrett has curated a venue-wide sound installation that conceives of the gallery’s spaces as a “meatus” – a term referring to any passageway into the body. In what’s becoming a tradition of transforming the space for an exhibition, ACCA has been fully given over to Barrett’s immersive concept, which seeks to draw the visitor’s attention away from visual stimuli and toward the act of listening. Separate compositions are all designed to blend into one another.

After what Barrett describes as “alarm-like incursions into the sound environment” in the foyer, courtesy of artist collective Debris Facility, Gallery 1 features experimental vocal compositions developed by Barrett with Brian Fuata and Hayley Forward. The other galleries present compositions from sound artists Del Lumanta, Sione Teumohenga (aka Lonelyspeck) and Nina Buchanan, all playing on a loop.

For Barrett, “[t]he texture of the space is really important: you’ll be able to sit down on the carpet and spend time in there. The idea of being able to sit and touch and feel the work is all-important.” 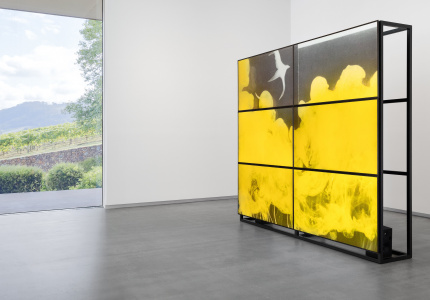 Art Wrap: Four Exhibitions To See in Melbourne in June