In the Galleries: Five Shows to See in February 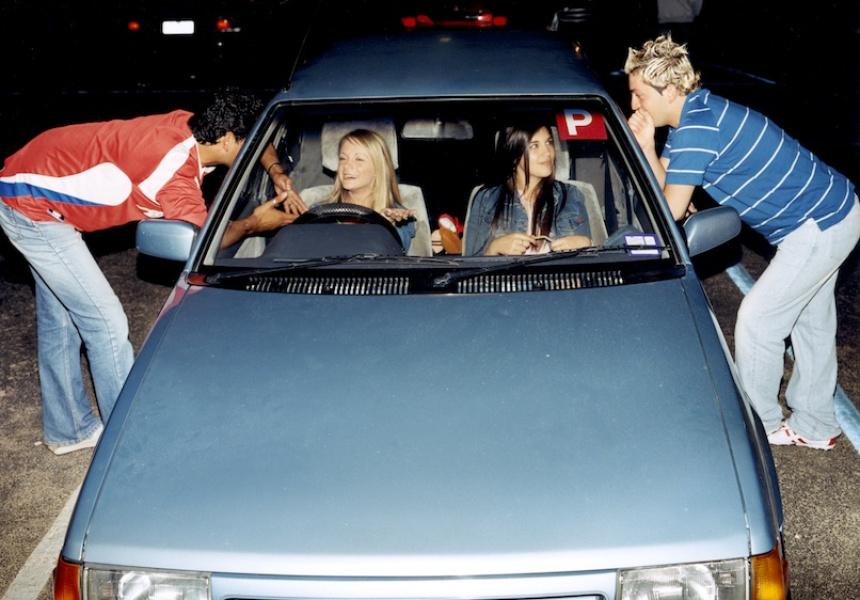 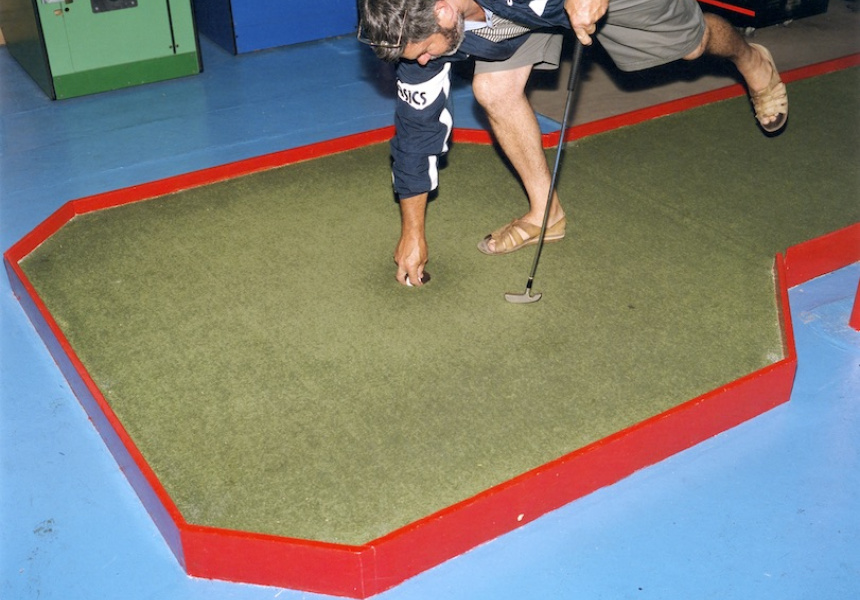 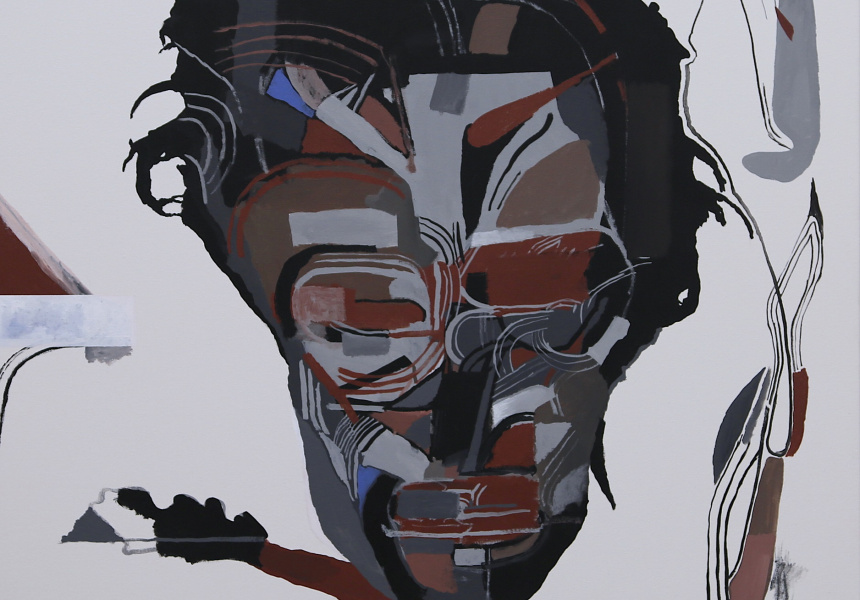 I’m Your Man by Candice Breitz
In a long, dark room, 18 screens show 18 old men belting out Leonard Cohen’s Tower of Song, roughly in time, with varying degrees of vocal prowess. The new multi-channel video work I’m Your Man (A Portrait of Leonard Cohen) is an ode to music fandom. Artist Candice Breitz presents Leonard Cohen fans doing their own a cappella renditions of his classic album I’m Your Man in its entirety, along with the choir from Cohen’s own synagogue performing the backing vocals. One whistles along to the instrumentation we can’t hear. Some dance a little. All are vulnerable and passionate in channelling their hero. It’s a poignant, joyful, sometimes-transcendent experience. Like her star-studded piece about refugees for the NGV Triennial, this is about the quiet voices behind the loud ones.

I’m Your Man (A Portrait of Leonard Cohen) is at Anna Schwartz Gallery until March 3.

Super Field
RMIT’s hangar-like Design Hub has been given a makeover by Baracco+Wright Architects for this exhibition. A large sheet of fabric hangs like a hammock from the ceiling and a bulging dome protrudes from the floor. The space is largely empty when you come in, but then you rethink what you consider “empty” to mean. Jana Winderen’s soundscape Spring bloom in the marginal ice zone floods the room. Transducers in the floor vibrate.

Around the corner, a white wall bulges sculpturally, destabilising your spatial awareness. A whir of machines accompanies videos showing a snow-filled bunker and a series of industrial spaces – pipes, a kitchen, powerlines, a quarry.

Super Field does a lot with a little, transporting visitors with architecture, video and soundscapes. Some pieces are based in the Arctic and Antarctic, but from now until the exhibition closes, Super Field will take on the location of international wilderness areas, throwing the space open to new possibilities.

Super Field is at RMIT Design Hub until February 17.

Rosebud by Matthew Sleeth
Matthew Sleeth’s photographs of Rosebud, a coastal hamlet near the tip of the Mornington Peninsula, returns nostalgically to a place and time that’s eerily close to our own, but different enough to feel lost. This is the Rosebud of summers 2002 to 2006. Teenagers lean on cars. The sun glows through plastic strips that hang over a milk-bar door. The images are innocent and bittersweet. (And because the word “Rosebud” is also a symbol of lost innocence in the film Citizen Kane, that association is hard to break.)

Shot on pleasantly grainy, blurry medium-format film, Sleeth was in his thirties when he took these, but his own childhood summers were front of mind. “The thing that always stayed with me was the light,” he says. “The late-afternoon light on the beach through the trees felt endless.”

Rosebud is at the Hawthorn Town Hall Gallery until March 11.

Dredging up the Past by Richard Bell and Black Hole by Shane Cotton
Gertrude Contemporary is starting the year with two expressions of Indigenous experience. Australian Richard Bell’s witty, acerbic paintings don’t muck about with subtext: a large painting of Europe is covered by the text “YOU COME FROM HERE”. Elsewhere, “WE HAVE TO SHARE” and “THE PRICE IS WHITE” are emblazoned on other canvases. It’s funny, but pointed and politically straight up.

In the next room, paintings by Kiwi Shane Cotton take more time to decipher. Cotton paints silhouettes of heads brimming with information, much of which leaks onto a white background. They’re part mask, part overspill of the human interior.

Both shows are at Gertrude Contemporary until March 10.

Figuratively Speaking and three other shows
The CCP is hosting four very different photography exhibitions. The first, Jacob Raupach’s Folding the Periphery, is a series of photographs and videos of the 960-kilometre rail corridor between Melbourne and Sydney. There’s something uncanny about these fringe spaces among the industrial areas, wire fences and dead weeds. Maori-Australian photographer and weaver Kirsten Lyttle’s Digital Mana is a series of tender, detailed close-ups of feathers, and a cloak woven from the photographs. Lyttle says it’s about the tension between traditional materials and contemporary tools in Maori weaving. Tucked away in a small room, Runes takes visitors through a curious collection of small images, from a magnified microscopic specimen from 1842, to the surface of the moon in 1964, to crumpled paper, to scratched negatives.

In Figuratively Speaking, the biggest display of the four, seven artists look at the human body as a medium of communication. My favourites are Ross Coulter’s photographs of people looking at art, turning the lens back on the viewer; and Mira Oosterweghel’s video installation – a self portrait that shows the artist’s own body hanging upside-down beside a screen showing feet on a tightrope. Both are suspended from a huge, unwieldy metal frame.

All four shows are at CCP until March 11.