We talk to film programmer Richard Moore about his choices for the Art Matters... On Film program at the Melbourne Festival. 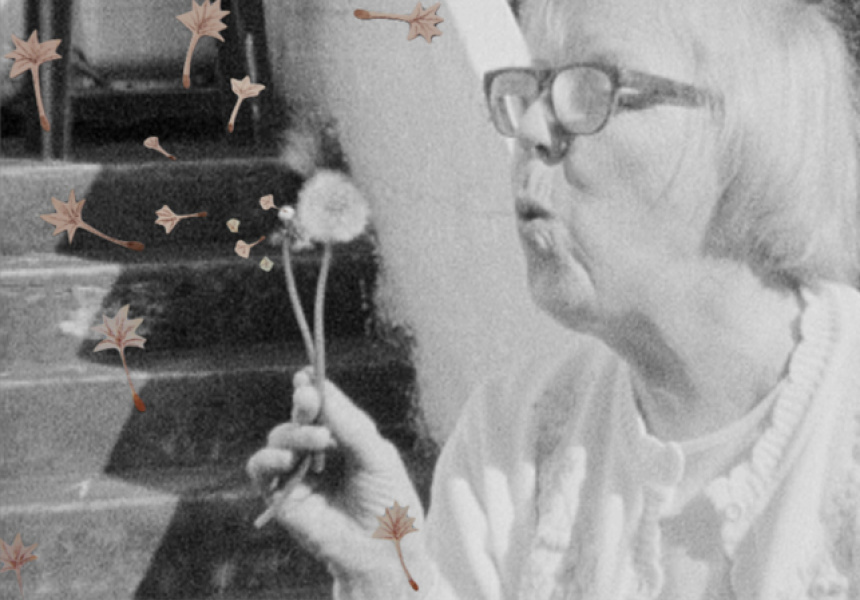 In a pleasing development for both art and film fans, the Melbourne Festival has expanded its repertoire this year to include a film program focusing on the best new films on the art world, ranging in topics from fashion, filmmaking, theatre and even death metal. Curator of Art Matters... On Film Richard Moore – current director of the Brisbane International Film Festival and former director of the Melbourne International Film Festival – had a chat with us about his selections and the complementary relationship between art and film.

Richard Moore: Well, that was the point of calling the program Art Matters…. I really wanted to show films about getting inside the artist’s head with the camera. Film can get you much closer to the artist than sometimes the work itself can and the films in the program are mostly about artistic process – what makes an artist tick – and film lets you almost touch them. It’s a heightened experience. I didn’t want any of the films to be heliographic, but I did want to explore things that were outside of people’s general artistic experiences.

HI: There are three films in the program by video artist Charles Atlas. What is it about his approach to media art that appeals to you?

RM: Charles Atlas was actually my starting point when I started thinking of which artists I wanted to profile. I knew he’d had a previous connection with the festival. He really masters the fine act of collaborating with artists as a filmmaker. It’s inspiring, no one is really devoted to portraying movement on screen the way he does.

HI: One film that came across as being particularly intriguing to me is Grandma Lo-Fi, which is about Sigridur Nielsdottir, a 70-year-old grandmother who started making her own music out of the sounds around her and inadvertently became an underground music star.

RM: Oh, Grandma Lo-Fi, she’s just gorgeous. The film’s all about art, craft, the homemade and the conviction that you should never stop creating. She’s one of those inspirational figures that just keeps going.

HI: Speaking of inspirational figures, tell us about Diana Vreeland: The Eye Has to Travel, a documentary about the renowned editor of Harper’s Bazaar and Vogue.

RM: (Quoting Vreeland) ’Don’t be boring, darling!’ Oh, she was the real thing, even before Anna Wintour. The film itself is an extraordinary piece. It was fashioned after her death, reconstructed from these interviews she had done with George Plimpton. She’s the type of character that doesn’t exist anymore, living on a plane where mere mortals would not dare to reside.

HI: Going back to the idea of the camera exposing the artist, it sounds as if Korean director Kim Ki-duk’s documentary on himself, Arirang, does that in a confronting, raw way…

RM: Arirang is one of the most devastating pieces of documentary filmmaking that I’ve seen. Kim Ki-duk made it in response to an actress nearly dying during the shooting of one of his films, and he turns the camera on himself and his profession to a lacerating degree. He went into the darkest recesses of the cave. We all have those moments of doubt, and that’s when you should watch Arirang.

HI: Are there any other films in the program that you’d particularly like to highlight?

RM: Last Days Here is about Bobby Liebling, who was the lead singer of Pentagram, which was a band similar to the likes of Black Sabbath but they never reached true fame. He was living with his family in a hopeless state until he was contacted by a fan. It’s a love story between fan and rock star; it’s a very emotional film. Also, for those among your audience with a love of theatre, they should go see Joe Papp in Five Acts. He was a fascinating figure and theatre producer, he absolutely believed in true equality, was a socialist, put on the first Broadway production of Hair. He was a totally fierce and independent artist and he worked with these iconic actors – Meryl Streep, Kevin Kline, James Earl Jones – who all came out of his Shakespeare productions, which really were warts and all pieces.

Art Matters... On Film is on at the Melbourne Festival from October 13 to 21.