Antartica – A Year On Ice 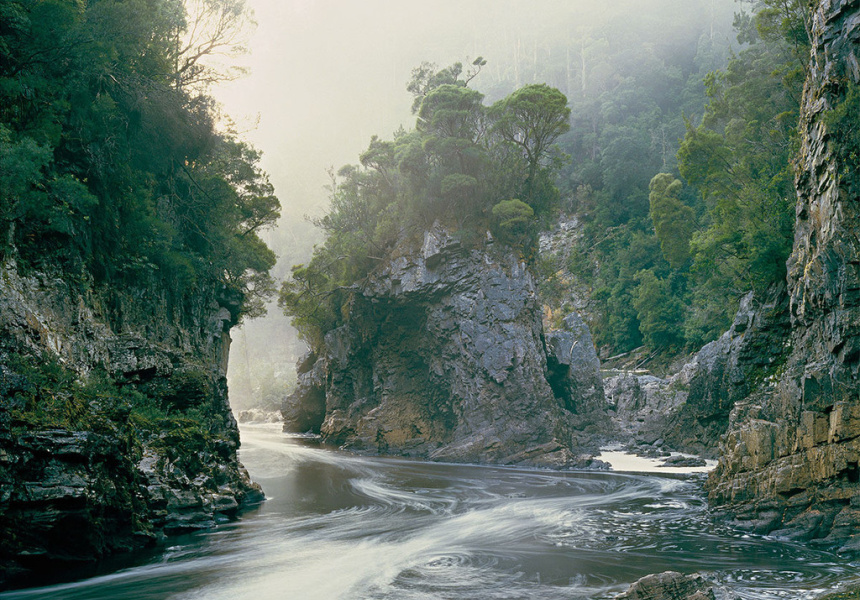 One of the iconic Franklin River images that launched a major environmental battle in the early 1980s.

The intention of Art + Climate = Change, a new festival currently taking over Melbourne, is simple. “We put it together to engage people on the issue,” says founder Guy Abrahams. “It’s mind-boggling that we basically ignore it. The current cultural attitude to climate change is apathy. We have to be moved.”

“There’s a lot of frustration, and even despondency, among scientists and policy makers,” Abrahams says. “The messages they’ve been trying to get across for 25 years just aren’t getting there.”

But why use art? “Art is in this interesting position where it not only reflects what’s going on in a culture, but it projects what could go on,” he says. “It’s at the forefront of ideas.”

Art’s impact on social attitudes is as irrefutable as climate science itself. For centuries, art has been conveying social messages. In Tasmania in the ‘80s, the photographs of Peter Dombrovskis became the symbol of the damming of the Franklin River. “His work has been credited with not only saving the Franklin, but changing a government,” says Abrahams.

The festival is playing host to some attention-grabbing works. At Sophie Gannon Gallery in Richmond, Chris Jordan’s Intolerable Beauty: Facing the Mirror of Mass Consumption is a confronting photographic reflection of how our way of life is doing irreparable environmental damage.

At the Melbourne School of Design, Amy Balkin’s Public Smog takes the form of a series of letters to world governments, campaigning for the Earth’s atmosphere to be listed as a UNESCO World Heritage Site on the basis that it fulfils the criteria better than any other natural phenomena on the planet.

When I talk to Abrahams, he’s at home watching the centrepiece of one aspect of the festival, called the Maldives Exodus Caravan Show, being tested in front of his house. It’s a giant inflatable tropical island perched on top of a caravan. “So I’m slightly distracted,” he explains. “And naturally people in the street are taking notice.” This work will be in the middle of Federation Square in a matter of days, and will be literally unmissable.

“The work represents the plight of the small island states. What do you do when your island starts sinking? You try to take your whole world with you,” explains Abrahams. “It’s playful and amusing on one hand, but very poignant on the other.”

Aside from the gallery and public artworks, there’s a film season at ACMI and several keynote lectures. “It’s about making the invisible visible,” says Abrahams. “The best art maybe isn’t trying to convey a message, it’s just trying to make you feel something. But if you can combine that with empirical knowledge, you can effect change.”

Art + Climate = Change runs across Melbourne until May 17.
artclimatechange.org