For its inaugural exhibition, the RMIT Design Hub plays host to the world-touring exhibition Archizines, showcasing a collection of old and new independent architecture publications from around the world. 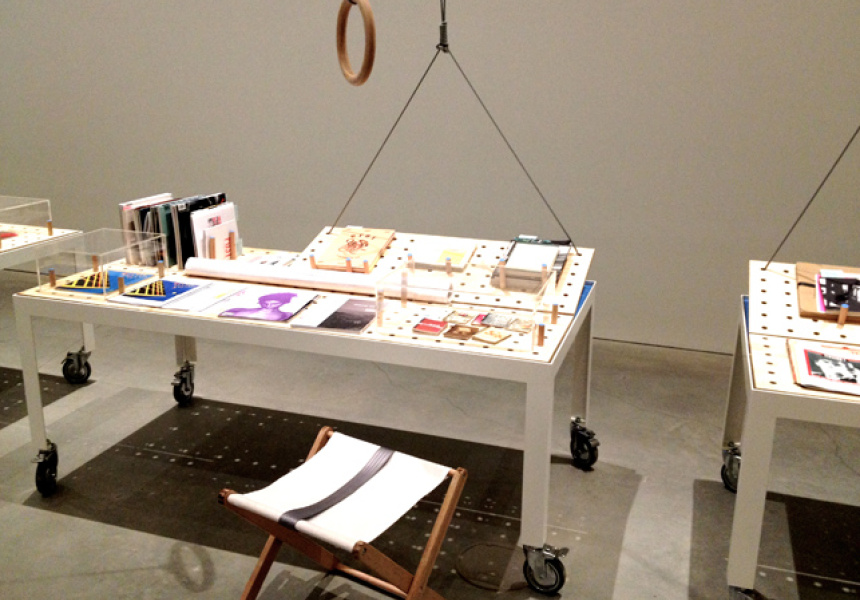 The world-touring exhibition, initiated in collaboration with the Architectural Association London, presents architecture journals, magazines and fanzines from over 20 countries offering an alternative to established architectural discourse and press.

The formal display of the publications echoes the Archizines mission to provide a radical addition to current architectural discourse, and to express an ongoing commitment to the printed form in a digital age. Carefully framed and placed on perforated wooden units constructed by Melbourne based design collective Sibling, the book and exhibition display accentuates the three-dimensionality to the otherwise flat format.

Launched by Elias Redstone and with art direction by Barcelona-based design practice Folch Studio, the Archizines exhibition produces ideas and projects rarely encountered within other publicly funded, institutional or commercial spheres of architecture and design publishing, taking a sort of counter-position to mainstream narratives and critique.

By adopting this alternative view, Archizines celebrates the importance and specificity of what is often considered a marginal platform for independent research, criticism and publishing in different cities around the world.

The Archizines exhibition will also involve a program of talks, discussions, events and social gatherings to be concluded with a roundtable discussion on design publishing and closing party coinciding with curator Elias Redstone's visit to Melbourne.