After 10 years in the business of talking design, Triple R’s popular radio show, The Architects, will switch off the mic. 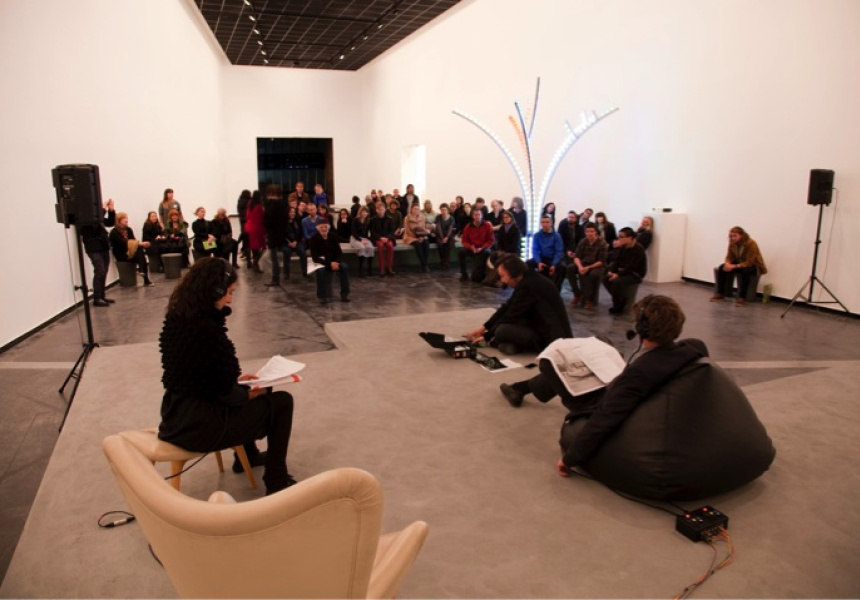 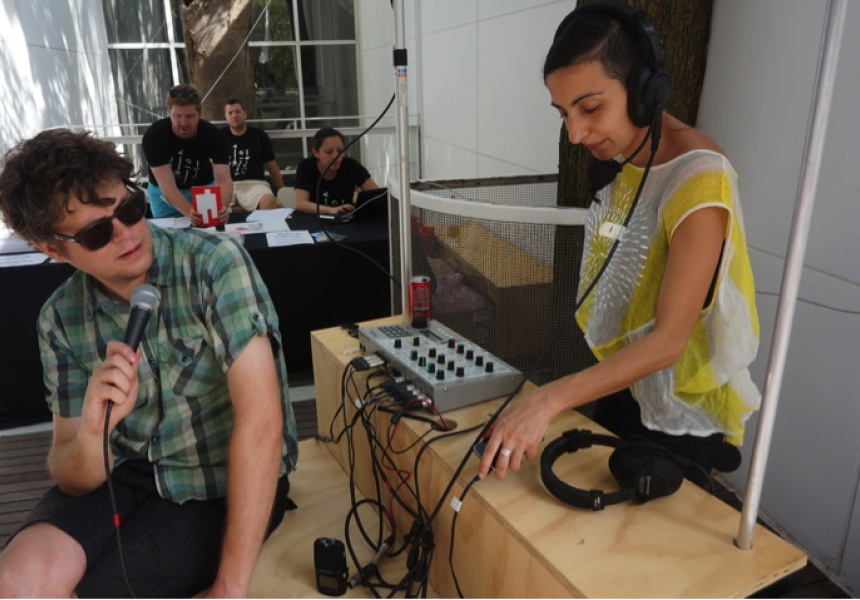 Triple R’s long-standing show The Architects has been a driving force in bringing a discussion on architecture and design out of the institutions and onto the airwaves. Conceived – like many important things are – at the pub, hosts Stuart Harrison, Simon Knott, Christine Phillips and the show’s foreign correspondent, Rory Hyde, will end their Tuesday-evening slot on December 9 in a similar fashion, raising a glass to a decade of talking all things design.

The hosts, each architects themselves, began when they saw an opportunity for expanding discussion on design in Melbourne. Broadcasting from Triple R’s Brunswick studio, the show has probed our relationship with the city and the architectural and urban spaces within it. With guests across architecture, landscape and urban design, sustainability has also been a key theme for the show.

These days it seems there’s no shortage of discussion around art and design on Melbourne’s cultural calendar and in print media. Design is a topic Melbourne folk seem particularly receptive to, and one that has formed our identity as a city. Back in 2004 when The Architects began, it was a different story. Stuart Harrison, the co-host and founder of the show, explains that, “At the time there were few forums for discussing architecture and design, and they tended to be very internal. We wanted to get that discussion outside and radio was a great way to do that.” Ever since, the show has been integral in making these ideas more accessible to a Melbourne audience.

Not only has The Architects created an entry point into discussion about design, the hosts have always sought to challenge the format of a traditional radio show. Many of the more memorable episodes have seen the show go on the road to broadcast from architectural spaces and locations. These live shows have earmarked some of the milestones in Melbourne’s architectural history. One seminal episode was a broadcast from the newly opened observation deck in the Eureka Tower in 2007, designed by Fender Katsalidis Architects and fit out by Maddison Architects. The show also takes credit for Triple R’s first and only international broadcast when it produced the show from a purpose-built mobile studio in the Australian Pavilion at the Venice Architecture Biennale in 2012.

“We wanted to take the conversation to a broader audience, not just to architects.” Says Harrison. “Architects spend most of their time talking to other architects.” This pluralist approach is what sets the show apart. We all engage with design in our everyday lives, and should all be welcomed to the conversation. The weekly episodes create the opportunity for a more informal discussion on architecture and design, without the jargon. Reflection has always been key to the show and each year it puts together the hosts’ celebrated top-10 list. The annual review of buildings and design projects has become a highly sought after claim.

When asked how the decision to cease the show came about, Harrison offers, “My favourite answer is that you’re only useful for 10 years, which is a Futurist idea. But in reality, it is a big workload and we’re all a bit older.” He adds, “We like the idea that the discussion will keep going.”

The final show of The Architects will air on Triple R on Tuesday December 9 from 7pm–8pm, from a yet-to-be-confirmed location in Melbourne’s CBD.