This year, White Night Melbourne’s reach is spreading from the streets into our public gardens. As expected, it’s set to be unexpected. 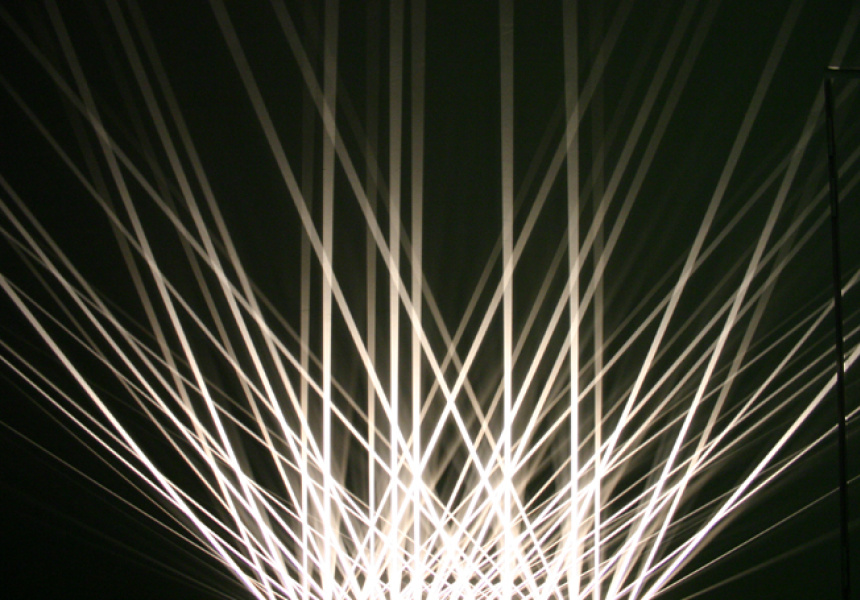 When White Night Melbourne returns on Saturday, people will once again flood the streets of the city. But away from the crowds, in the bucolic surrounds of the Queen Victoria Gardens, a different kind of White Night event will be taking place.

Called Arcadian Reverie, it’s a garden-based exhibition featuring a multidisciplinary selection of works by renowned Australian and international artists, all of whom have responded directly to the site. Curator Anaïs Lellouche, who worked at the Centre-Pomopidou-Metz in Paris, and on the 10th anniversary of Nuit Blanche in Paris in 2012, says the idea was inspired by Australia’s botanical gardens, as well as pleasure gardens – the 18th-century public-garden precursors to the modern-day amusement park.

“Looking back in history, I was interested in the idea of pleasure gardens and how they celebrated, in nature, a kind of cross-disciplinary experience,” she says. “This is what I'm interested in in terms of the celebration of art through all its different manifestations.”

In the 18th century, Scottish author Tobias Smollett, on visiting one of the first pleasure gardens in London, said “it made me almost think I was in some enchanted castle or fairy palace”. This sense of wonder and enchantment is present in Lellouche’s garden, where most of the works are intended to blur the line between reality and imagination. Even the title is a double-edged reference, recalling the dreamlike qualities of a reverie and the pastoral utopia in Greek mythology known as Arcadia.

On the night, a large neon text work at the bottom of the steps at St Kilda Road will set the agenda for those about to enter. Created for the site by Turner Prize-nominated artist Martin Creed, the work, the latest in a series of similar works, reads, “Everything is going to be alright”. It’s a comforting statement belied by the discomfiting fact that, for some reason, it needs to be said – a hint that something is actually slightly awry. “This is giving up the park to artists and to their imaginations,” says Lellouche.

Inside, there will be music, sculpture, video and performance – almost too much to touch on. French artist Pierre Huyghe is reprising a work made for dOCUMENTA 13 and Argentinian artist Julio Le Parc is presenting an immersive, walk-through installation in the Lady Janet Clarke rotunda. Swiss artist Roman Signer will screen his absurd videos, while Australian-born, Paris-based artist Mel O’Callaghan’s similarly absurd performances will take place in a makeshift grotto.

Providing the aural backdrop will be Melbourne three-piece band Television Sky, who will be performing five 20-minute sets of what it describes as soundtracks to films that haven’t yet been made. One of its sets will take place at 7pm, one at midnight and one at 7am. Like much of Arcadian Reverie, the other two sets will be a surprise.

The exhibition will also feature works from George Egerton-Warburton and Bridie Lunney, both of whom are concurrently showing as part of Melbourne Now at the National Gallery of Victoria, only a stone’s throw away. That their work has essentially bled out from the public gallery and into our nearby public gardens is no coincidence.

“There is no barrier this night between institutions and public space,” says Lellouche. “And there is no frontier between the different genres of art being proposed as well. Which is why, in my project, we have music, performance, sculpture and video all together.”

As for advice on how to take in all that in just one night, Lellouche only asks that you slow down and pay attention.

“Stroll and take your time and discover some gems because there are some hidden artworks in between flowerbeds and behind trees,” she says. “Everything is accessible, but many people will see certain things and some might not. If they discover an artwork hidden in between the flower beds, they might be the only ones.”

Arcadian Revereie is open from 7pm to 7am on Saturday February 22 at the Queen Victoria Gardens. This is a free event. 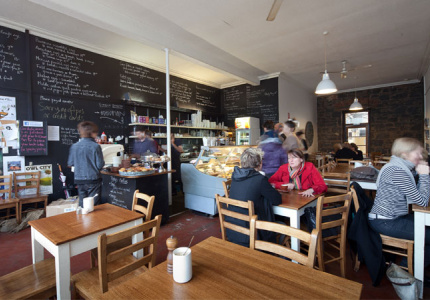