A unique meeting of fashion label and fashionable artist is on display for two weeks only. In partnership with Heide Museum of Modern Art, we speak to Alpha60’s Georgie Cleary about the cosy team-up. 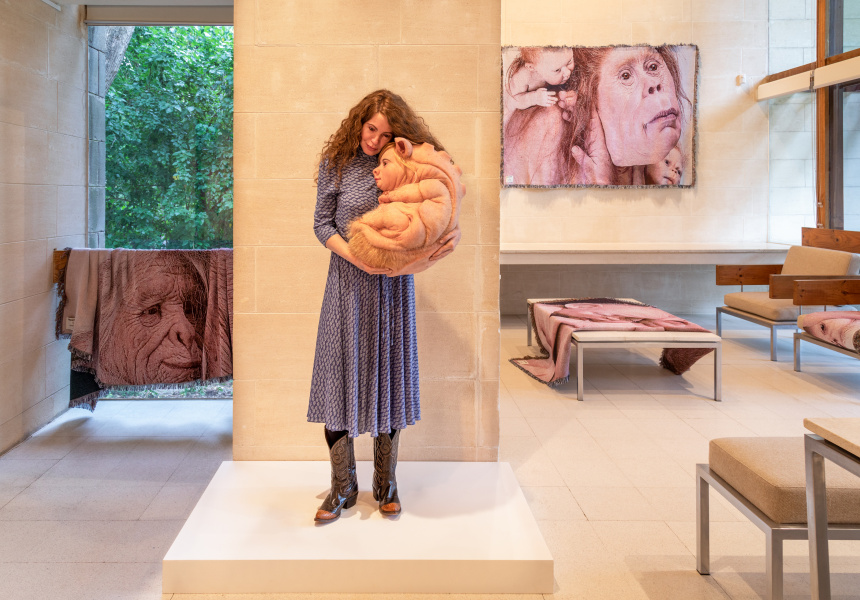 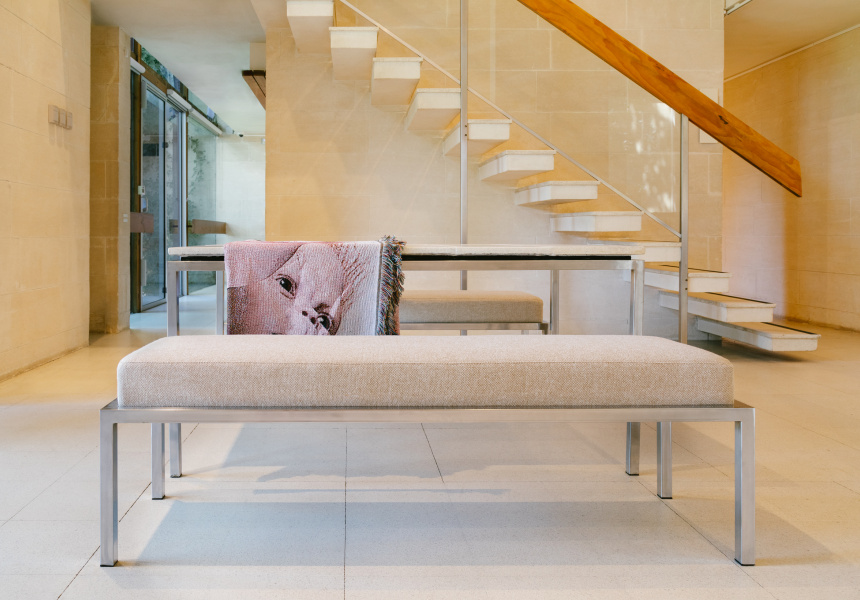 Blankets aren’t commonly associated with Patricia Piccinini. The feted Australian artist is most famous for her airborne Skywhale balloon and hyper-realistic sculptures of striking (and sometimes grotesque) humanoids. But that new ground is part of the appeal of Hugs, the artist’s surprising collaboration with boutique Melbourne fashion label Alpha60 and Heide Museum of Modern Art.

By transposing three identifiably Piccinini images of pieces onto soft textiles, Alpha60 have extended Piccinini’s recurring themes of nurturing present in her work. Prompted by Heide, where the limited-run collaboration is on display for just a fortnight, Hugs represents a cosy middle ground for the collaborators.

“Blankets are a keepsake, and something people treasure,” says Alpha60 creative director Georgie Cleary, who co-founded the label with her brother Alex nearly two decades ago. They now have 10 shops, ranging from Melbourne and Sydney to Perth and New Zealand. Cleary describes the collaboration with Piccinini – with whom the siblings already maintained a casual friendship – as a sort of intuitive dance, “because we just moved together through the process.”

There’s another link. Though now based in Melbourne, both the Clearys and Piccinini grew up in Canberra. They first met during a studio visit in Collingwood, bonding over the unique art of – of all things – “guinea pigs and growing spinach.” So when the siblings were offered a chance to work with Heide for the first time, they suggested Piccinini as a collaborator.

Designed to evoke our need for human connection and physical contact, the blankets on show at Heide sprang from an organic conversation about how to showcase Piccinini’s idiosyncratic work within Alpha60’s realm of textiles. Draped over furniture and hanging over walls, the blankets play like a tactile twist on the original sculptures.

“The [final] process was actually really hard, because we’ve never done a blanket before,” says Cleary. Accurately representing the high-quality photographic images was a challenge, but the finished pieces vividly convey Piccini’s sculptures’ eerie yet familiar mood, while also boasting a more accessible price point for a piece of art to cherish in one’s home. Yes, they’re for sale. Spanning three designs with a run of 100 blankets each, the Hugs series of blankets are on sale throughout the run of the installation at Heide Modern until Sunday 14 March. Proceeds go directly to the non-for-profit museum.

Priced at $880, Cleary says the blankets are the lowest priced pieces Piccinini has ever done – as well as the highest priced pieces Alpha60 have done. And while the Clearys’ many high-profile collaborations have seen them work with painter James Drinkwater and the Chunky Move dancers, as well as have their wares displayed in the likes of MONA and the NGV, Cleary is still excited at the chance to make their debut at Heide.

“We’re not artists,” she says of Alpha60, “so to have something up in Heide for a couple weeks is awesome.” A welcome bonus is the collaboration is taking over Heide Modern, the 1960s-era house first inhabited as a liveable gallery by Heide founders John and Sunday Reed, just as the famous Australian couple’s original furniture has been newly restored to the space. “People are just such massive John and Sunday Reed fans, so that has really excited people,” says Cleary.

Though she may downplay what are some serious art-world credentials for Alpha60 – including the creation of exclusive garments and accessories inspired by the NGV's Excher x Nendo exhibition – Cleary admits that art lovers make up a core part of the loyal following of their fashion brand.

“We tagline it as ‘sophisticated quirk,’” she says of the label’s approach. “It definitely appeals to people who like going to galleries.”

Hugs is on display at Heide until March 14. See more details and purchase a blanket directly from the gallery. 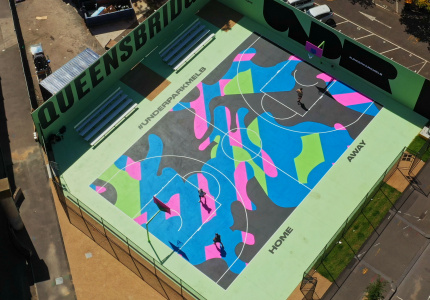 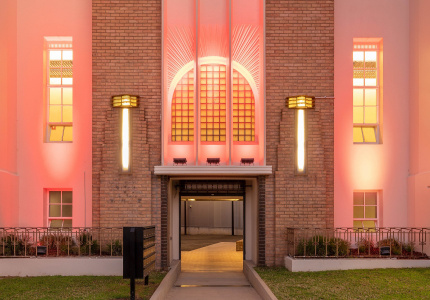