Welcome to a brand new nightmare from the team behind House of Mirrors. 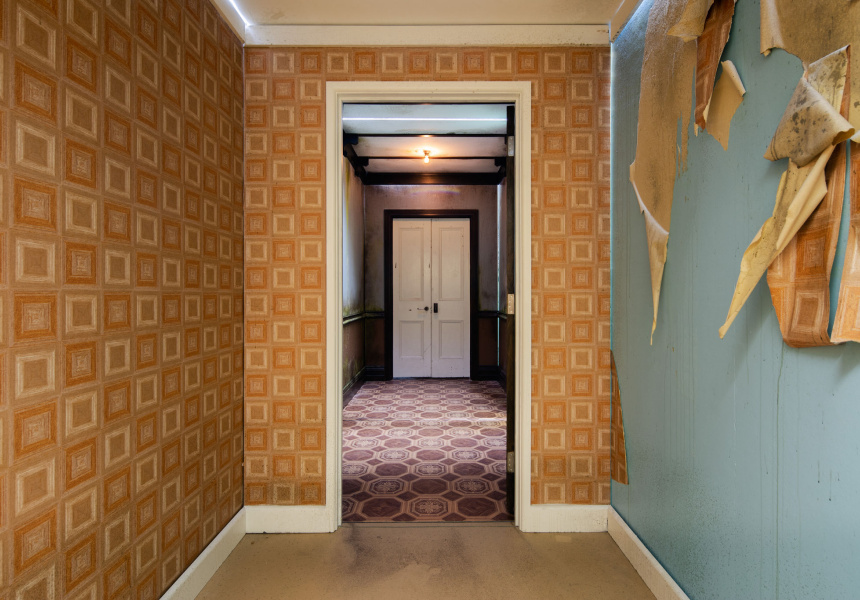 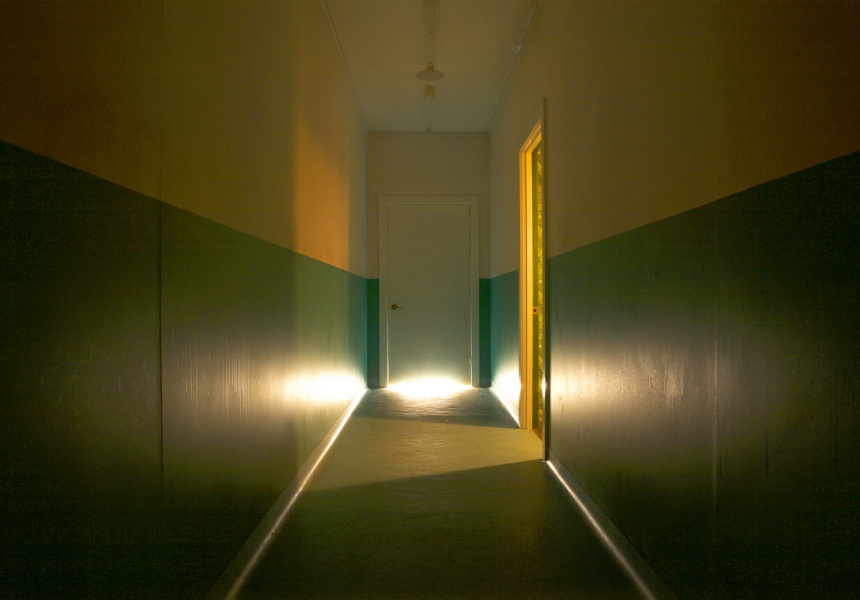 Photography: Courtesy of the festival
1/10
by Will Cox
Share

In a long, low-ceilinged hallway, the ’70s wallpaper is peeling off in strips. There’s a single door at the end. I push it – only to find another corridor. Beyond that, a room. I pull open a cupboard and find a cache of old black and white photographs. Through cracks in the wall, light and rain seep in.

This is 1000 Doors, a new installation experience from artists Christian Wagstaff and Keith Courtney. It’s subtler than your typical haunted-house experience or ghost train. Wagstaff and Courtney are the duo behind last year’s House of Mirrors, another labyrinthine installation that we described at the time as a “kaleidoscopic panic dream”. This is a companion piece, taking that claustrophobia and spatial confusion into grittier territory.

It’s a patchwork of found objects. For years Wagstaff and Courtney have been salvaging doors – from renovations and demolitions – all battered and weathered in different ways, all with histories of their own. And it’s not just doors. Some of the 1000 are mirrors, or openings or windows.

“They’re all portals,” Wagstaff says. “Doorways to other places.”

Later, a stairway leads nowhere. A corner leads to a peephole to another corridor. A telephone rings.

It is genuinely unsettling, but it’s also about nostalgia. “We’ve picked wall coverings and doors and things that people can relate to,” says Wagstaff. “That abandoned house down the street where you played as a kid. Or your nan’s house.”

I’m reminded of the mansion into which prolific murderer HH Holmes lured his victims in 19th-century Chicago; a maze of halls and rooms designed to disorientate and obfuscate.

In 1937, the Chicago Tribune described Holmes’s building: "O, what a queer house it was! In all America there was none other like it … Its stairways ended nowhere in particular. Winding passages brought the uninitiated with a frightful jerk back to where they had started from. There were rooms that had no doors. There were doors that had no rooms. A mysterious house it was indeed – a crooked house, a reflex of the builder's own distorted mind. In that house occurred dark and eerie deeds."

That could easily be a description of 1000 Doors, but when I mention it Wagstaff hasn’t heard of it. He arrived at this idea without knowledge of its possible real-life, significantly sinister precedent. The endless hallway, the door to nowhere and the obscure hint of horrific history is the stuff of Wagstaff and Courtney’s collective nightmares.

1000 Doors is at the Arts Centre Melbourne forecourt until October 21. More information here.