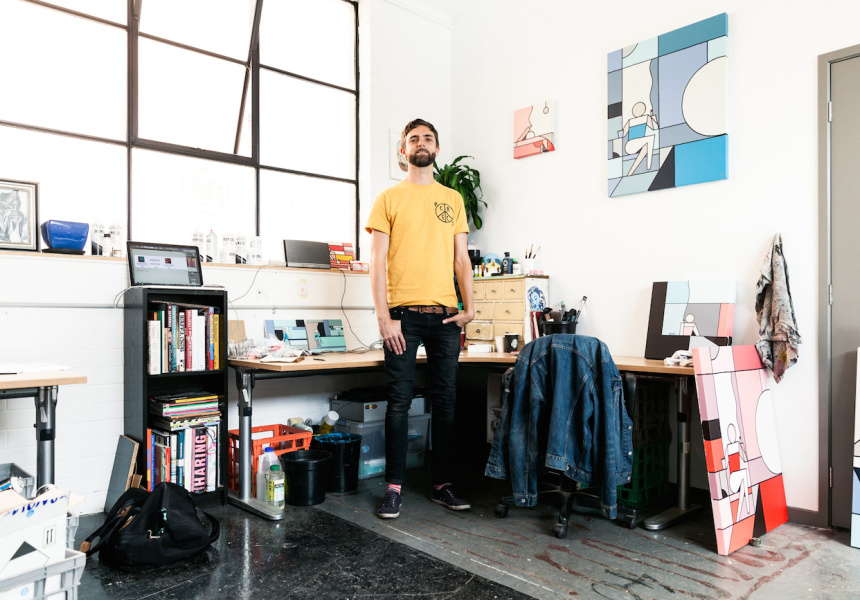 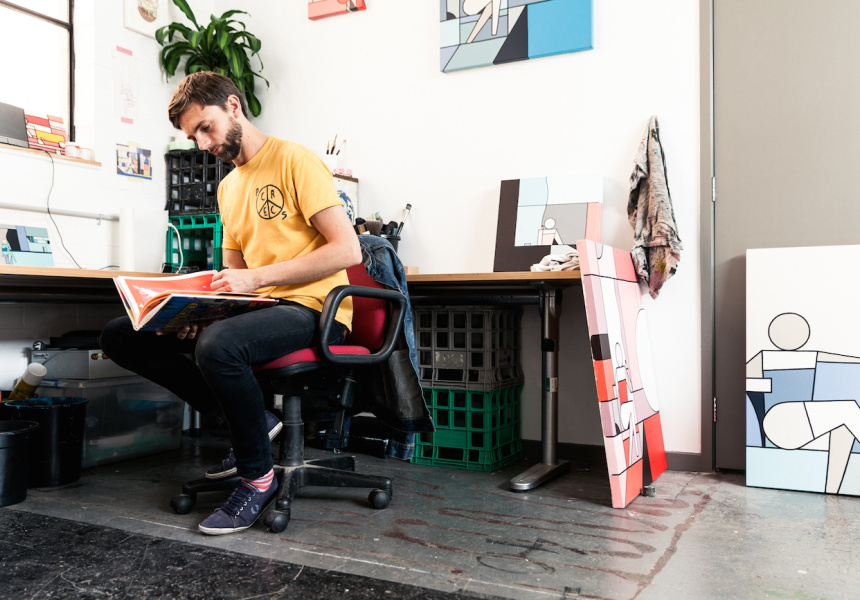 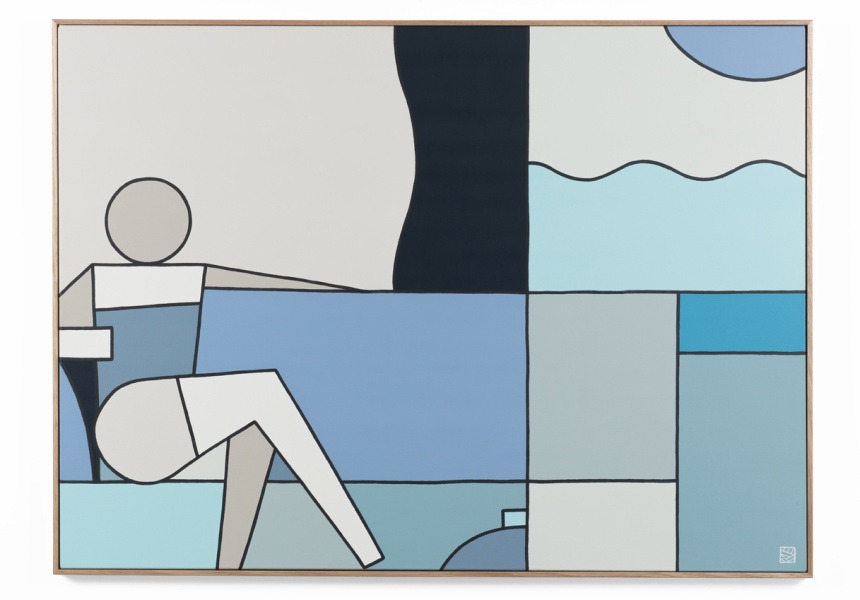 Among the stock in vintage Scandinavian furniture store Modern Times Stephen Baker’s brightly coloured geometric designs seem abstract. But look closer and the subjects become clear. “It’s about seedy bars and hangouts,” says Baker of his new show, After Hours. “Places you’d find me during the week after work.”

Baker’s work is steeped in Melbourne culture. You may be unconsciously familiar with his angular, clean lines, particularly his striking public mural on the Alexandra Parade facade of Fitzroy Swimming Pool, unveiled last year.

Though his subjects are women, perched at bars and smoking cigarettes, Baker is keen to point out that they could just as easily be self-portraits. The human figures are anonymous, and there are few specific bars on show. Instead Baker has settled on finding a venue’s essence. “I get the lines, the structures of bars – the pool table, the ATM, the TV, the door to outside. But they’re compiled, reimagined.”

Each painting, then, is Melbourne’s bar life filtered through Baker’s memory and imagination, via his sketchbook. “I mentally take note of my surrounds. Sometimes it’s hard to pull out a sketch book and draw someone while they’re trying to enjoy their drink.”

And the cigarettes? “I don’t even smoke,” says Baker, “but the curve of the smoke is a key element. When I started using the figure and the cigarette smoke I realised it’s the one organic line in the picture. It relaxes the whole thing. I try not to show too much of depth in my work, and this softens that harshness.

“I see the bars as getting away from the weight of the world,” says Baker. “It’s about capturing the atmosphere of them. I think people can connect to that.”

After Hours will run Thursday 23 April to Sunday 10 May at Modern Times, 311 Smith Street, Fitzroy.