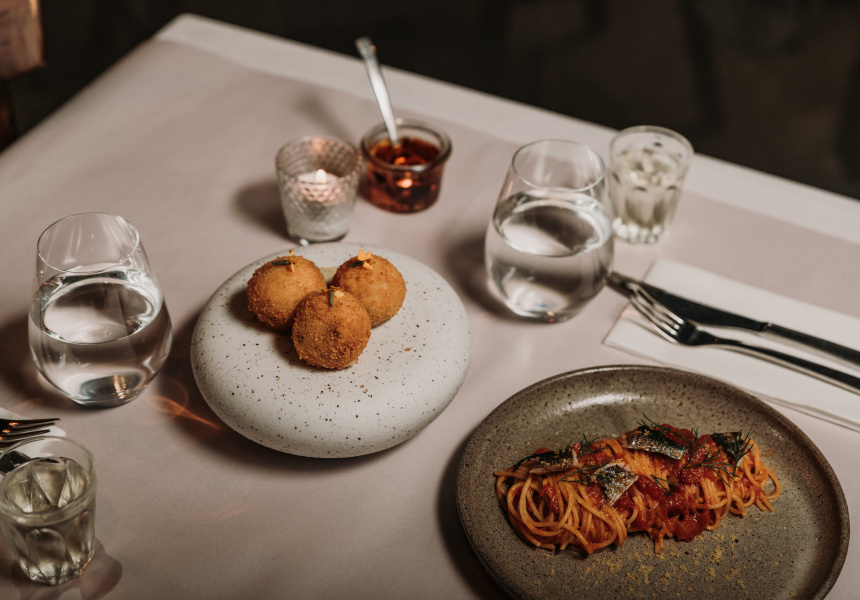 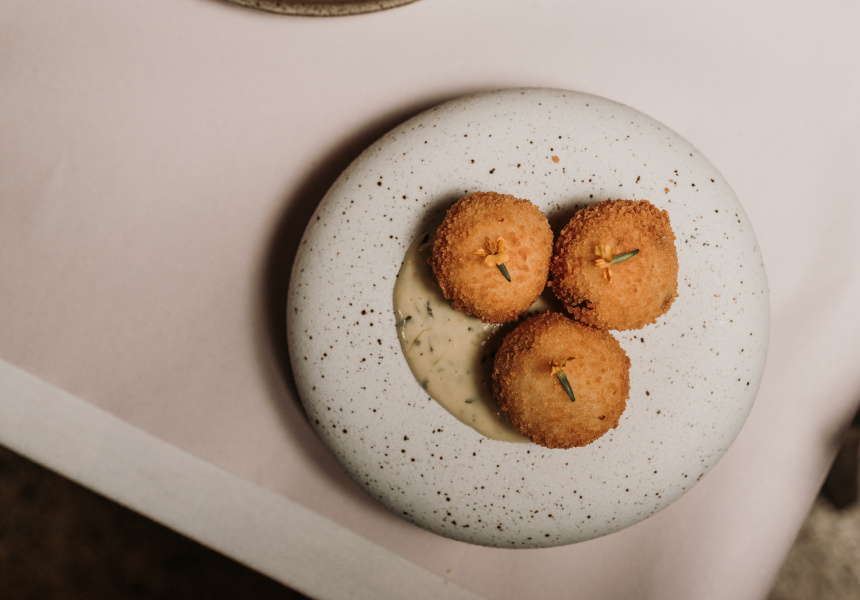 Slow-cooked beef ragu begins simmering over the stove every morning at Zia Rina’s. The recipe belongs to co-owner and ex-Neptune head chef Danny Natoli’s nonno (grandfather), but the real hero of the tiny trattoria is his zia (aunt), former owner Rina. She passed away just before Christmas 2017, but has left a piece of herself in Armadale.

The trattoria is dimly lit. There are terrazzo floors, flames from tealight candles dance on tabletops and the walls are stripped, giving the room a rustic, traditional trattoria feel.

Spaghettini with nori butter and blue swimmer crab is an example of the subtle Japanese influence littered throughout the menu, as is culatello (salumi) with kombu-soaked walnuts and golden raisins.

A spring radish, cannellini bean and pesto salad has an earthy crunch, and there’s grilled asparagus with spring garlic and bottarga (fish roe).

For dessert, choose from the wattleseed cannoli with whipped ricotta, or affogato: coffee with chocolate gelato, served with a tiny flask of amaro to drizzle over the top.

Southern Italian drops are the focus of the wine list; there’s a mix of reds and whites from Sicily as well as Piedmont, Abruzzo, Puglia, Tuscany and Veneto. Local wines include options from Heathcote, King Valley and McLaren Vale available by the bottle, glass or piccolo (small glass), so you can try more than one or two.