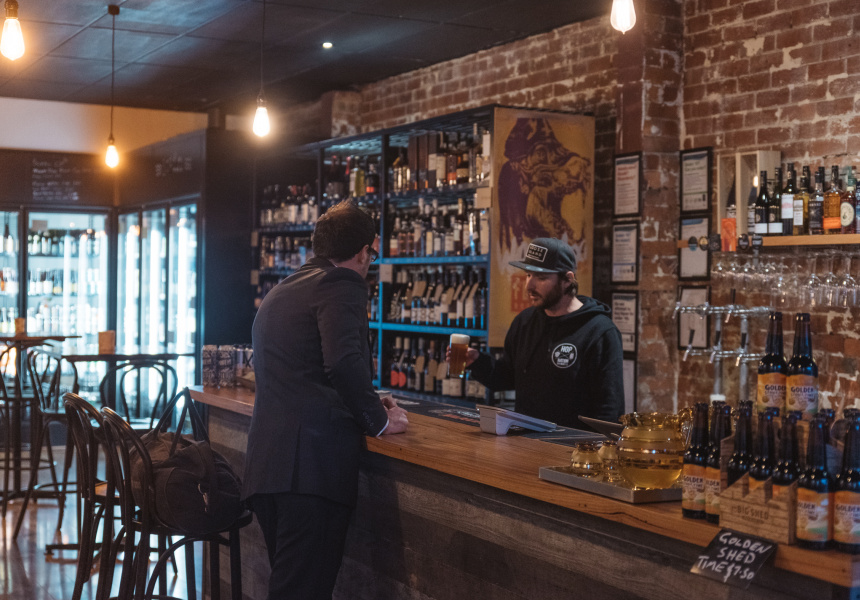 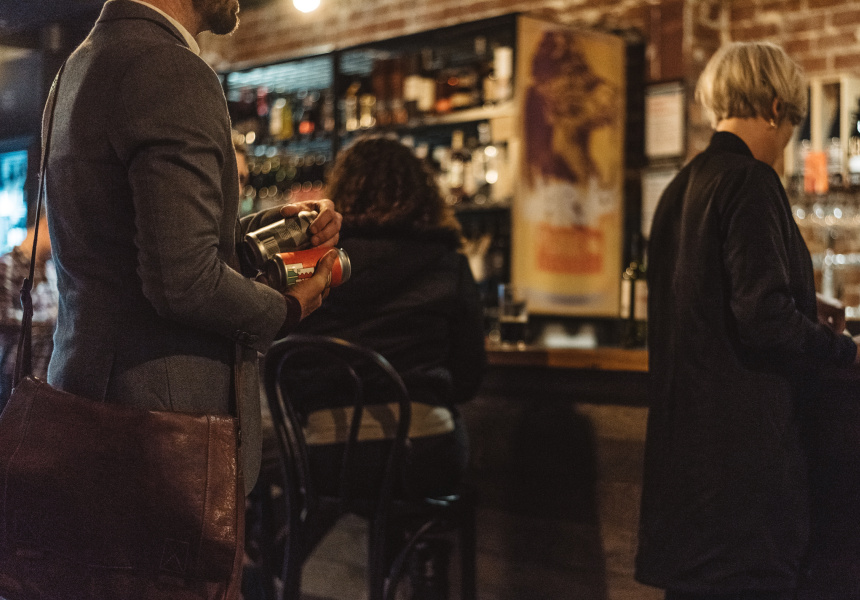 Otter’s Promise is a bottle shop and bar founded in late 2016. There are more than 400 beers in the fridge, the majority of which are Australian, and six taps that rotate regularly through local options from breweries such as Kaiju, 3 Ravens and Bad Shepherd.

Owner Dan Taranto fell in love with beer in ’90s and early ’00s, when he discovered labels such as Matilda Bay Redback, Jameson Beast and Grand Ridge Moonshine. During a trip to the US he saw the community that was building around craft beer, and when he returned to Australia he began volunteering at events and breweries.

The bar’s name is a portmanteau of two popular brewing malts, Maris Otter and Golden Promise. The decor is rustic, with exposed brick and a bespoke bar made from recycled timber. Op-shop paintings, old lamps, and a pair of snowshoes on the wall lend a North American feel.

The space hosts regular tastings, education sessions and events. Food is minimal, with snacks over the bar, but you can order takeaway or delivery from neighbouring restaurants.

There’s also a small wine list, with a focus on quality at a good price. Wines from niche Australian producers such as Lucy Margaux, Jamsheed and Heartland can be bought by the glass. Spirits also lean local, with Starward, Melbourne Moonshine and Four Pillars Gin all featuring in the tight selection.