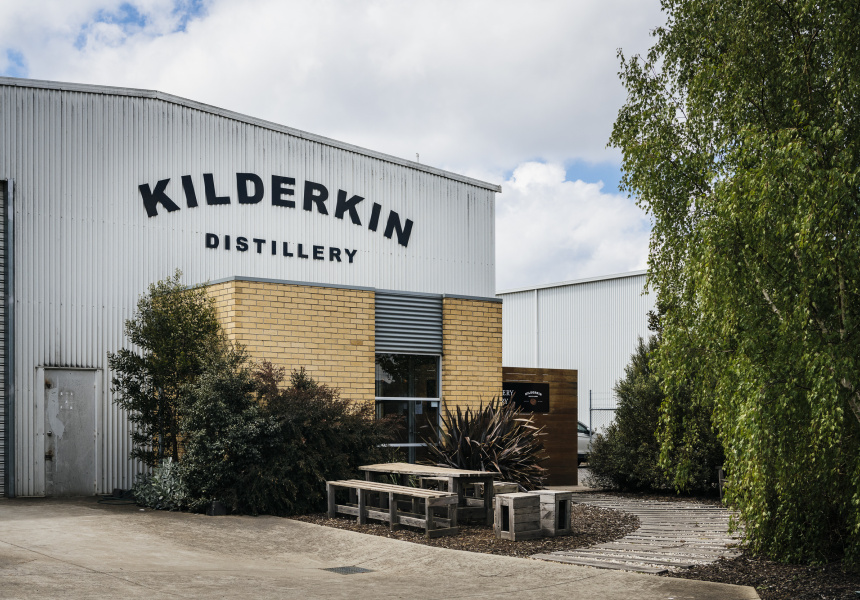 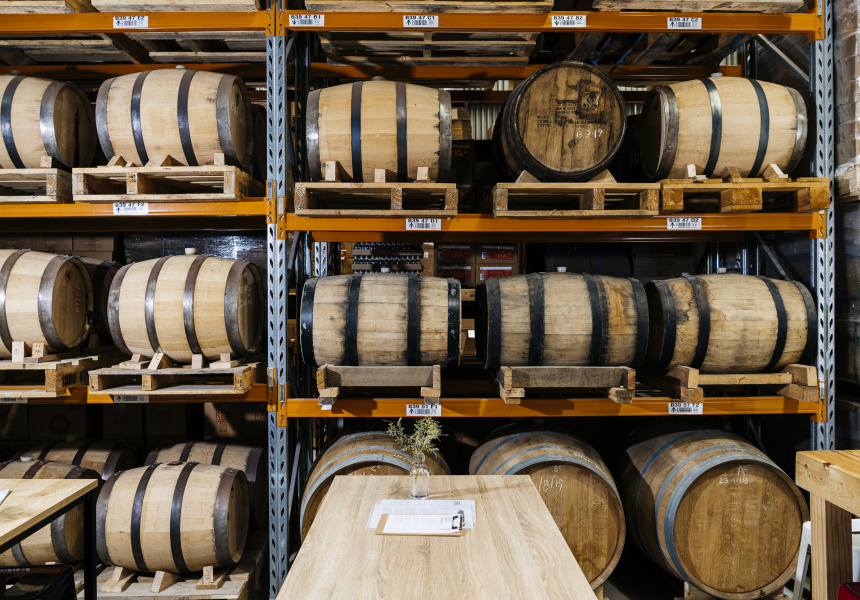 Scott Wilson-Browne and Chris Pratt met on Pratt’s quest to taste 365 beers in a year. It makes sense he ended up at Red Duck (which Wilson-Browne owns), a brewery in Ballarat known for producing a large number of beer styles with occasionally unusual ingredients such as cactus, sumac and jasmine. They bonded over their very mutual love for booze. Not long after, they founded Kilderkin Distillery, which joins the city's burgeoning craft beer and spirits market. The distillery takes its name from a kilderkin, a smaller barrel size that helps whisky age more quickly.

Their early plans were to make whisky, but after tasting small-batch gin both in Australia and overseas the pair decided to launch with two gins.

The Scoundrel is a London dry-style with juniper, coriander, cinnamon, aniseed, and both green and brown cardamom. Pratt says the addition of the brown cardamom gives it an earthy, smoky and almost a slight truffle edge. The Larrikin meanwhile is made with Australian botanicals (three myrtles, pepper berry leaf, roast wattle seed, fresh lilly pilly and river mint) in addition to juniper and coriander. Occasionally, the pair release barrel-aged renditions of both gins.

The combined Red Duck and Kilderkin cellar door offers tastings of both gins. If you’re in Melbourne, stockists include Carwyn Cellars, Audacious Monk and Bad Frankie, among others. The spirits are also available online. On the Red Duck side of things, there's an on-site bottle shop, but you're welcome to take a seat and enjoy a beer at the brewery. There's beers on tap, cheeses to try and a selection of board games to play.