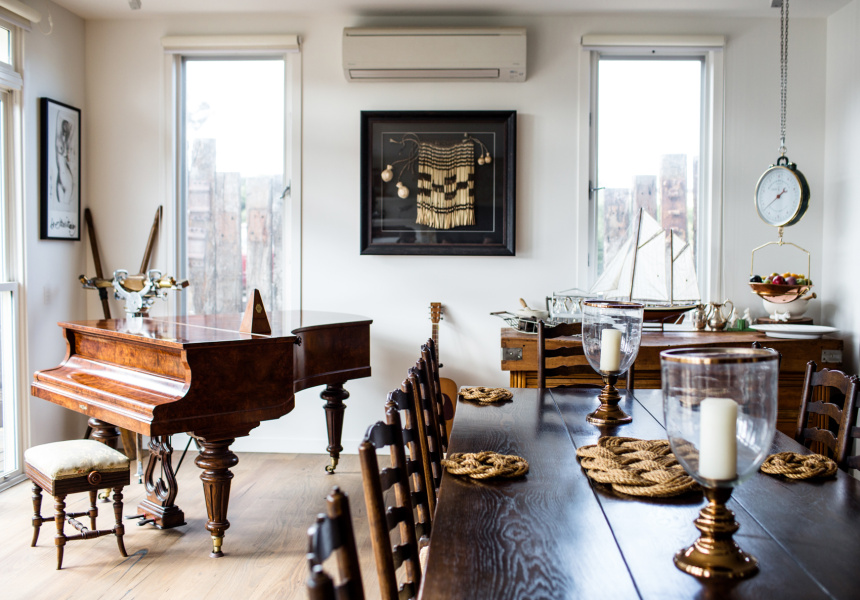 Both are infatuated with antiques and have travelled the world hunting down pieces to decorate the property. Despite the heated pool, sauna, fully equipped kitchen, and luxurious bedrooms and furnishings, the stand-out feature of the lighthouse retreat is its furnishings.

The modern architecture of the building beautifully contrasts with the history of its ornaments. Almost everything has a story behind it, from the wall of canes (Chris fell off a roof and was told he would never walk again, then began collecting canes); to the ship’s ladder that hangs above the staircase; to the large copper tub in one of the bathrooms.

Located about 50 metres from the Aireys Inlet lighthouse, the Lighthouse Retreat is a B&B with everything you need, though if something’s not in the house, the couple will do their best to get it for you. The site opened in winter 2015 and has practically been booked out ever since.