A workout for metalheads of all fitness levels. Headbanging optional. Photography: Courtesy of Ride the Lightning
by Caitlyn Batterham
Share

When Mel Nixon, co-owner of Richmond fitness studio United Ride, tells me I’m in for an intense 30 minutes, she’s not lying. I’ve ridden a bike before, but never with my feet strapped into the pedals in a room more like a nightclub than a gym, with flashing lights. Then the heavy metal kicks in.

This is the setting for Ride the Lightning: the Metal Spin Class, happening this weekend, when Nixon will guide riders through a 45-minute class set to metal tunes. This is a bit of a departure for the cycle studio, where classes are more often set to R’n’B, but for Nixon it’s not a far-fetched concept.

“The music is the journey, you can’t do what we do in there without music,” she says. “The whole idea of rhythm-riding is cycling to a beat.”

Metalhead and fellow spin enthusiast Ricky Aarons brought the idea to Nixon, and together they set the first “pilot” class in motion (as yet there are no additional classes scheduled). The pace, or beats per minute of each track, is taken into account to ensure the workout flows smoothly, and more feverish music kicks in when riders need an extra boost.

“I’ve been a metalhead since I can remember,” says Aarons. “And I need something more than Ed Sheeran to pump me up.”

After an instructor carefully adjusts your seat and handlebars to suit your height, you’re strapped into the pedals, but you still have a huge range of movement.

“If it’s not done right, not only will it be unsafe, but you just won’t enjoy the class,” Nixon says. The class itself is fun – sometimes more like jogging than riding a bike, as half the time you’re up out of your seat – and so satisfyingly music-driven that it helps keep your attention away from the burn in your thighs.

The playlist Aarons and Nixon have created includes music from well-known artists such as Slipknot and Metallica, as well as Aussie groups, with tunes from hardcore Byron Bay band Parkway Drive and Sydney metalcore group Northlane.

The choreography targets all areas of your body, so you’re not just working out your legs, and moves can be simplified, so even the most uncoordinated can take part.

“I don’t want them coming out thinking that was a fucking dance class,” says Nixon, laughing.

Ride the Lightning is happening at 12pm on Saturday, November 30 at 1/110 Swan Street, Richmond. The class runs for 45 minutes and costs $25. Book online. 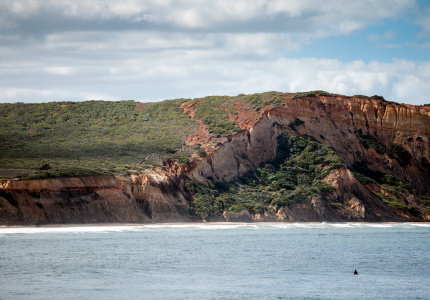 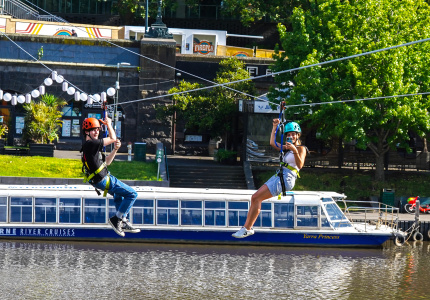