Enter a glowing “Red Room” for a cult LA gym’s bootcamp-style workout (we had to sign a waiver to participate), or do a boxing session in a concrete-jungle-like space with huge teardrop punching bags. There’s also a moody, blue-lit wellness retreat that looks more like a gallery. 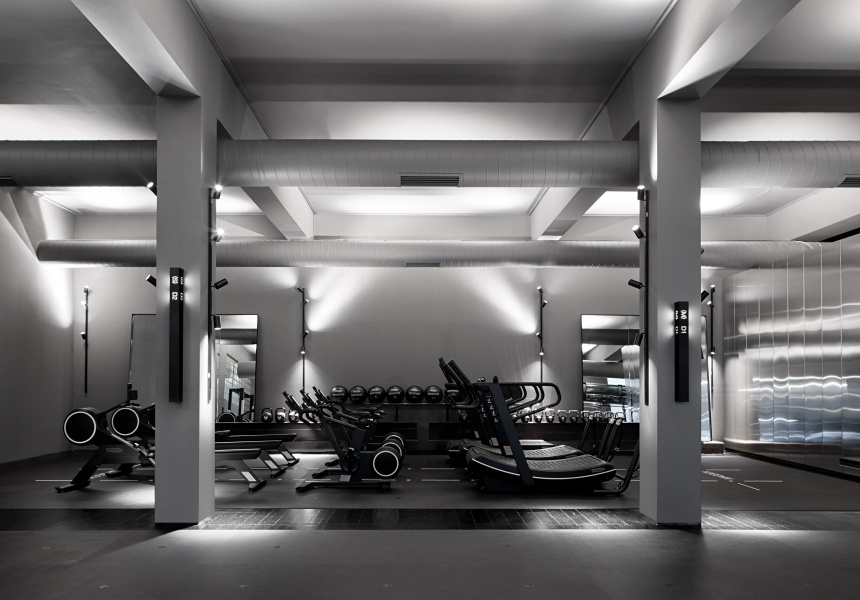 Looking to change up your fitness regime, or get into a new kind of workout altogether? Three distinctive new gyms have arrived in Melbourne in recent months. There are two international imports – a cult LA gym favoured by big-name celebrities, and a boutique London gym doing away with traditional lock-in contracts – as well as a locally led urban retreat that’s taking a different approach entirely. Here’s the rundown.

Maddox
Tucked just off Flinders Lane, the entrance to this new gym-slash-wellness-retreat is discreet. But what now occupies the century-old Customs House is far from it. Stepping through a gently blue-lit tunnel into Maddox’s stunning reception space (by local interior-design firm Hecker Guthrie) it’s clear this is more than just a health club.

Classes are trainer-led, 30 minutes long, and operate with a maximum capacity of six people. And they’re centred around three “pods” dedicated to mobility, cardio and strength. At the cardio pod, high-tech equipment is mixed with raw structural beams and reclaimed timber from a dilapidated railway bridge in regional Victoria. You rotate between treadmills, bikes and rowers in the energetic classes. At the strength pod, it’s all floor work and weights, with a program tailored to your personal limits. And the mobility pod focuses on functional and suspension training.

After your session, refresh and reset in the gym’s private change rooms, which are fitted out with Aesop products. There are no communal showers here.

Barry’s
The cult LA gym – known to be a favourite of celebrities such as Kim Kardashian, David Beckham, Harry Styles and Jessica Alba – has opened its first Melbourne studio, in South Yarra. And the bootcamp-style workouts aren’t for the faint-hearted.

Let’s put it this way: to participate, I had to sign a waiver.

At Barry’s – which recently shortened its name from Barry’s Bootcamp, and now has a presence in nine countries, including the US, Singapore and Norway – what you’re in for is a workout that’s sweat-inducing, heart-racing and exhilarating.

Sessions take place in the “Red Room”, a dark basement-like space with all-red lighting, mirror-lined walls and the kind of music you’d expect to hear in a nightclub.

The high-octane interval workouts combine 25 minutes of cardio on the treadmill with 25 minutes of strength training on the floor. (This combination is said to have you burning up to 1000 calories in a single class – so it’s bloody tough.) Included in the session I took part in were three four-minute runs, weights, abs and squats, a one-minute snatch-dumbbell-press manoeuvre, and finally a one-minute sprint.

You’ll likely be left buzzed and with your legs feeling like jelly, but don’t forget to grab a post-workout shake at Barry’s Fuel Bar on your way out.

1R
Boxing in an otherworldly space with teardrop punching bags. HIIT-meets-reformer Pilates that will make you feel the burn. Fast-paced cardio with little breathing room. They’re the three workouts that await you at the London-born 1R, which has joined Barry’s in South Yarra.

It has eight locations around the world, including in the UK and Saudi Arabia. But Melbourne’s studio is the first in Australia – and the gym’s biggest yet.

Designed by local firm Foolscap Studio (Chandon, Patricia, Sensory Lab), the first level is peaceful and light. But when you descend the stairs you’re met with a concrete jungle-like space starkly different to that of the refuge above – with moody neon lights, booming music and burnished concrete surfaces. Three rooms home to each of the three distinct fitness concepts branch off the cavernous hallway.

An industrial sanctuary awaits post-workout. With bright-yellow accents, the space has an American locker-room feel – there’s polished-concrete floors, chain-link dividers and high-gloss surfaces. Showers are stocked with Grown Alchemist products, and at the mirrors you’ll find Dyson hair dryers and GHD straighteners – no need to BYO. There’s also a phone with a direct line to the coffee and smoothie bar so you can place an order while you’re sprucing up. 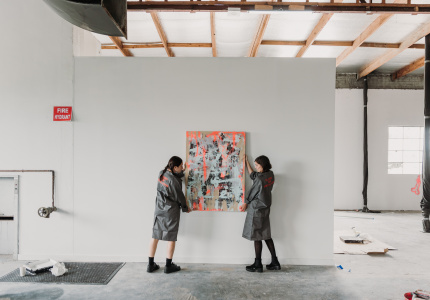 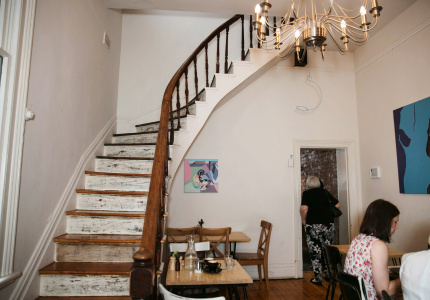 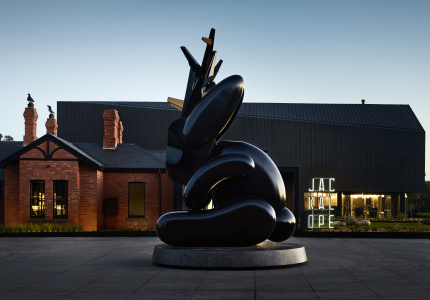