There’s a four-and-a-half-tonne tree, three types of axe and 12 targets for you and your friends to hurl hatchets at. 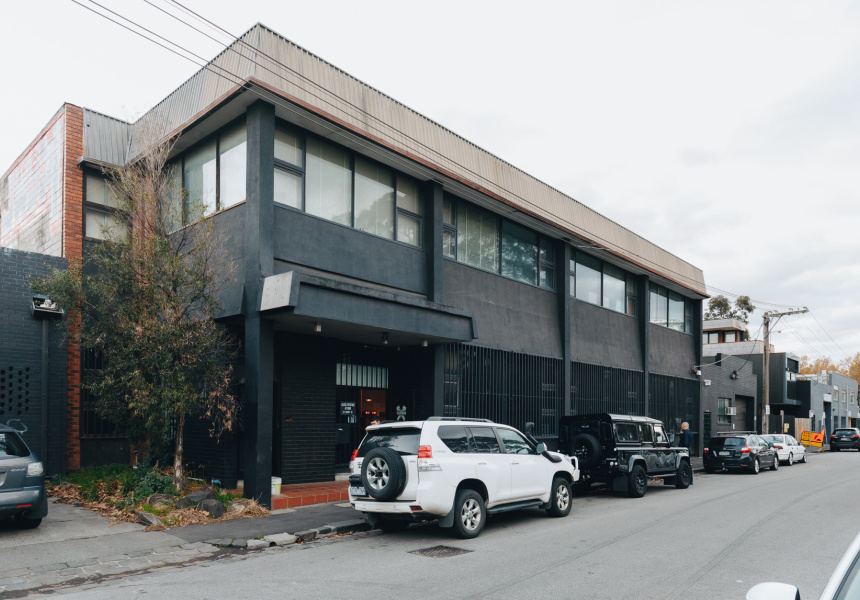 Ten years ago, when living in Toronto, Stephen Thomas was invited to a warehouse down an alleyway. To throw some axes. And he Iiked it.

The game itself is much like darts: competitors face down a target and try to hit the bullseye. The activity has a minimal-time commitment and is highly social. Thomas and his wife became regulars at the weekly axe-hurling sessions and when they moved back to Sydney they decided to open their own venue devoted to the sport.

Since opening Maniax in 2015, 36,000 people have come through its doors; Saturday slots are booked out four to six weeks in advance.

With that success and growth, Thomas and co-owner Adam Schilling quickly drew up plans to open a Melbourne location, knowing they’d need a larger space this time. After an eight-month search they found the ideal location next to Collingwood station.

Maniax Melbourne, which recently opened in Abbotsford, is twice as big as the Sydney original.

Thomas had planned for a 2017 opening, but they ran into an unexpected delay.

“We were planning to open a year ago, the council approved it pretty quickly, but it was actually a member of the public that appealed the council’s decision,” he explains. “He kind of thought we were trying to do this MMA kind of fight-club thing and I remember thinking, ‘We just want mums, dads and families to come’.”

And they do. Anyone over the age of 15 years old can axe-throw, and it’s a pleasant surprise when your weapon hits the target board. I got the regular session axe (16 inches), league axe (14 inches) and the functionally named Big axe (comically oversized, two-handed throw only) to stick in the board after only a few warm-up tosses. Hitting bullseyes was a far tougher prospect, though.

That combination – a gentle learning curve and tougher challenges for budding enthusiasts – is exactly why people should be paying attention to Maniax as a serious alternative to bowling or minigolf. Thomas says the activity has already become popular for hen’s and buck’s nights. Axe-throwing at Maniax is essentially just an exaggerated version of dart throwing, but the drama of the build-up to a throw, and the feeling of satisfaction you get when you hear the thud of an axe successfully thrown into the board, gives the sport a serious competitive edge.

The fit-out reflects axe-throwing’s potential mass appeal. It would have been tempting to file a design brief that fell somewhere between man-cave and what would happen if Mjølner opened a gym, but Thomas and Schilling have wisely gone the other way. The non-throwing areas of the straightforward warehouse spaces are dark and have comfortable living-room-style chairs and couches. That gives a theatrical effect to the wire-caged throwing-lanes – three on either side, with two boards to a lane – which are given all the spotlights and attention.

The only nod to the sport’s origins as a Medieval pastime is by the front-desk, where you’re greeted with an enormous four-and-a-half-tonne tree, which just about scratches the ceiling. The modernity’s still there, though: the trunk is embedded with Ipads attached to axe-handles, where you’ll sign a safety waiver before you throw.

“I’d love to build something in Sydney like this – this is the flagship now,” says Thomas. 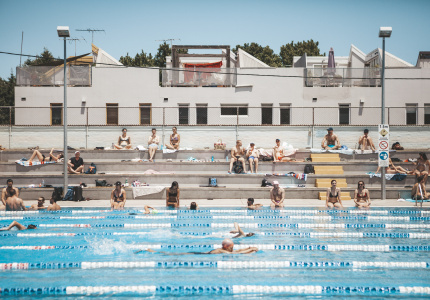 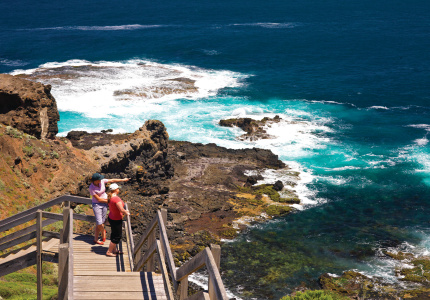 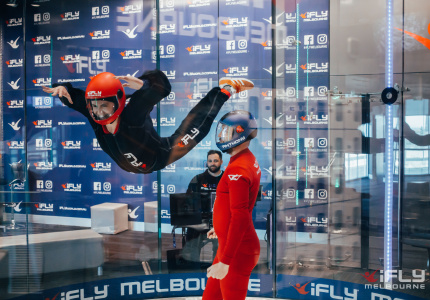