It’s been a bumper year for fitness studios, whether you’re into Pilates, yoga, cardio or weights. Pick your spot and get those endorphins flowing. 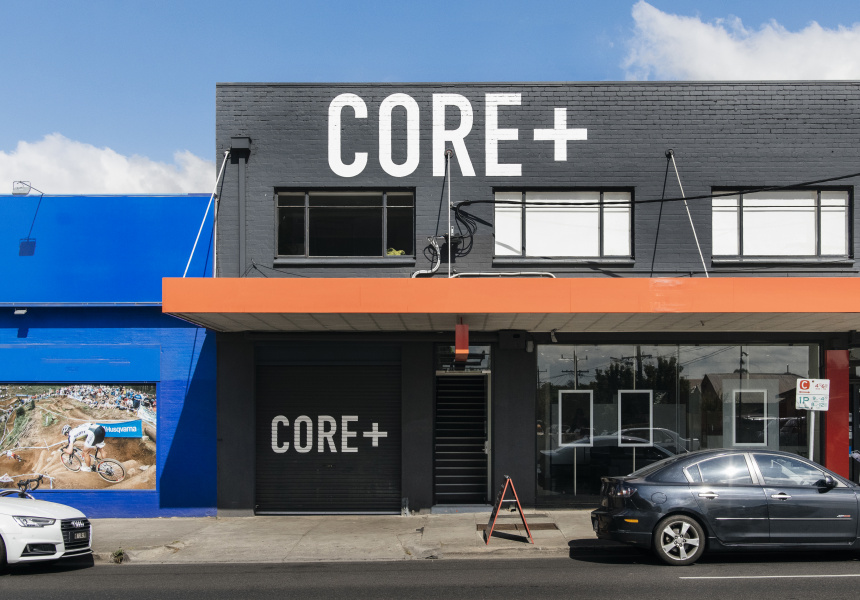 Universal Practice
Universal Practice opened its third location in August. Like its predecessors in Richmond and Fitzroy, the Glen Iris physiotherapy practice takes a holistic approach to health, offering yoga, meditation, clinical and reformer Pilates, and strength and conditioning classes. It connects the dots between physical rehab, general fitness and mental wellbeing.

Sammy Prowse, who runs the group with her husband Andrew, previously worked as a sports physiotherapist treating elite gymnasts at the Australian Institute of Sport, but became frustrated with the field’s limited approach to health.

On the ground floor there are three physio consulting rooms and a roomy Pilates studio with nine reformer beds and other specialist equipment such as a trapeze table, Wunda chair and ladder barrel. Take the lift or follow the grand staircase up for strength and conditioning classes, and yoga sessions incorporating ropes for alignment and stability.

Unisex bathrooms are stocked with Aesop and Tom Organic products, and there’s a shower and changing room. Water, towels and tea are complimentary, so you don’t need to bring a thing.

Personal trainer Tom Hose launched the first iteration of FoxFit in Sandringham back in 2011 in response to the macho “comrade mentality” he saw at other gyms. Earlier this year the studio moved to Cremorne and Hose fine-tuned the concept.

There are four classes to choose from. Functional is a full-body circuit, with 40-second bursts before changeovers. Interval is all about short, intense bursts, and Strength is designed to increase endurance. The Glutes + Abs class is the most popular – weights are sparse, but Bosu balls, blocks and ropes are integrated throughout the session. Class sizes are limited to 12 women overseen by a single trainer. Except for Hose, all the trainers are women.

The gym is equipped with lockers and get-to-work amenities, including showers, hair dryers and Eleven hair products in the bathroom. Towels and water bottles are available for a fee.

UPG Studio
Few fitness spaces in Melbourne have a nice view. That’s the big drawcard at UPG Studio, which looks out over South Yarra and the city skyline from 11 floors up.

Like Universal Practice, UPG takes a holistic approach to health. Mat and reformer Pilates classes run for 45 minutes, or there are slower-paced, one-hour yin, yang and gentle hatha yoga sessions, which focus on breathing and include meditation. The studio is so intimate there’s only room for eight students in yoga and mat Pilates classes, and five on the Allegro 2 reformer machines.

Sister company United Physiotherapy Group has consulting rooms attached to the studio. It can help you with everything from sporting injuries to desk-work-related pain. Amenities include showers and a change room.

Love Athletica
Good things can come from sub-par experiences. That was certainly the case for Love Athletica founders Mat and Caroline Knipe. Mat began taking Pilates classes while recovering from a hip and knee injury, and found many of them “a bit boring and a bit vanilla”.

The solution – the first Love Athletica studio, in Hawthorn East – opened in 2018, followed by this 100-square-metre space earlier this year. Where many Pilates studios are cosy, this one has 15 Allegro 2 machines, striking a balance between intimate and fun.

Love Athletica offers just one style of class – a mix of Pilates, yoga strength training and cardio – remixed into three versions. LA Lite is the entry-level class; LA is the studio’s signature class, with progression to more challenging moves; and LA Hour brings in a longer yoga session at the end compared with the others.

Core+
The first Core+ studio landed in Malvern East in 2015 offering a fusion of yoga, Pilates and high-intensity gym workouts. Since then the brand has expanded rapidly via franchising, with outlets in Hawthorn East, Richmond and Port Melbourne. Others are coming soon to Ascot Vale, Balwyn, Brighton, Glen Waverly, Essendon Fields and Ringwood.

This location, in Preston, offers 10 different classes, all designed to get you sweatier than a regular Pilates class would. The music is upbeat, the classes fast-paced and the instructors energetic. Reformer sessions include cardio, booty and athletic variations, all performed on Allegro 2 reformer beds. As you move the beds in and out, springs create added resistance for exercises that target specific muscles.

The Pilates mat room is kept at 32 degrees, to improve flexibility and add intensity to Sweat and Flow Yoga classes. Thankfully there’s an in-house towel service and change rooms packed with hotel-style comforts such as hairdryers and complimentary deodorant, dry shampoo, facial cleanser and hair ties.

This article first appeared on Broadsheet on October 7, 2019. Some features may have changed since publication.