First Look: Universal Practice Opens a Light and Airy New Space in a Heritage-Listed Building in the South-East

Head to Glen Iris for physiotherapy with a side of Pilates, yoga and more in one of the most beautiful spaces in town. 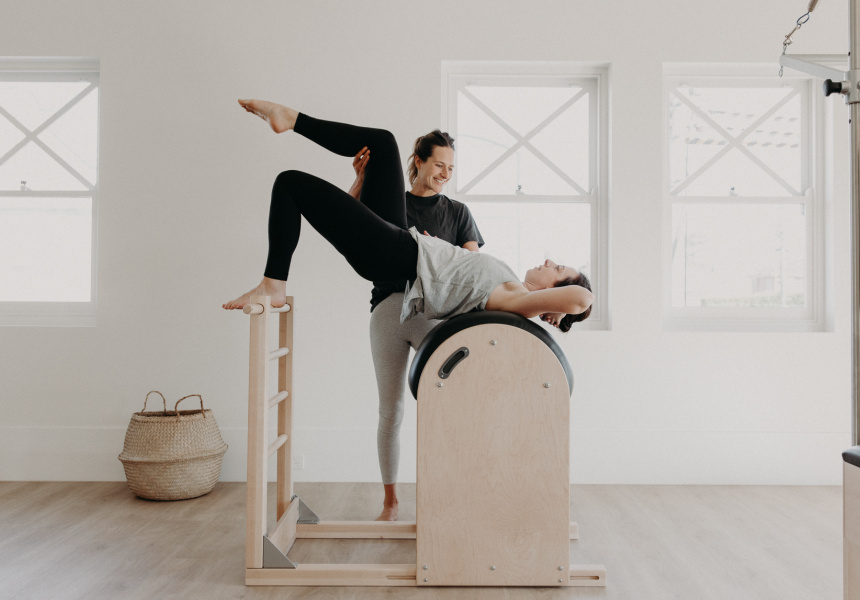 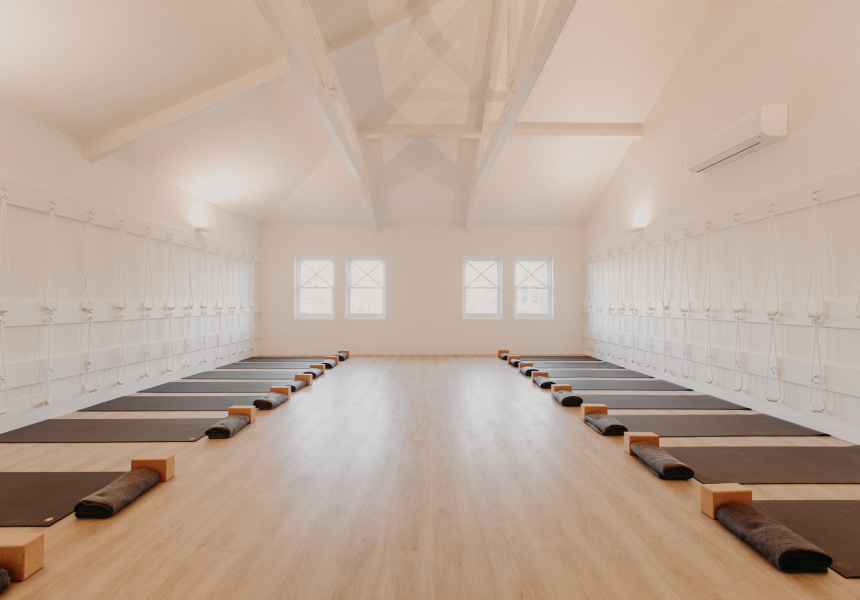 Universal Practice is a one-stop shop for your body, whether it needs some tender loving repair or general maintenance. The physiotherapy practice takes a holistic approach to health, offering Pilates, strength and conditioning classes, yoga, and meditation.

“Our big thing is our physiotherapy,” founder and owner Sammy Prowse says. “As physios we … have so much knowledge to deal with people’s health.”

Prowse opened the first Universal Practice in Richmond in 2016. Along with husband Andrew, she backed it up a year later with a larger Fitzroy space. The new Glen Iris practice, which opens this weekend, completes the trifecta. “The vision was always to have three,” Prowse says.

Prior to opening Universal Practice, Prowse worked as a physiotherapist at a sports-focused practice, and spent time working with elite gymnasts from the Australian Institute of Sport.

“I had a burning desire to really move the physiotherapy profession forward,” she says. “Because at the time it was just a frustrating place to be. There’s so much more to health than what’s often delivered.”

Prowse studied ashtanga yoga in Goa, India, before travelling north to the Ladakh region, visiting monasteries in the Himalayan mountains on the border of China and India. It was there that the parallels between physiotherapy, yoga and other movement-based therapy became clear to her, and the idea of Universal Practice began to form.

“There were so many interconnecting elements between the practices of modern and ancient medicine,” she says. “Universal Practice was about bringing it all together.”

Like its siblings, the new spot offers physiotherapy, clinical and reformer Pilates, yoga and meditation, and dynamic strength and conditioning sessions. The latter were introduced to the Universal Practice repertoire six months ago, designed for end-stage rehabilitation and people recovering from sports injuries, as well as to assist with cross training and general strengthening.

There are also ante and postnatal classes, which can be booked for one-on-one or group sessions and incorporate Pilates, rehabilitative and strength principles.

And while Universal Practice is all about bridging the gap between rehab and general fitness, the team can also help with specific goals such as marathon training.

On ground level there are three physio treatment rooms and a roomy Pilates studio with nine reformer beds and other specialist equipment such as a trapeze table, Wunda chair and ladder barrel.

“When you’re dealing with people with neurological conditions, it’s really relevant to have the right equipment, the right spring setting or the right orientation to gravity,” Prowse says.

Take the lift or follow the grand staircase upstairs for strength and conditioning classes, and yoga sessions incorporating ropes for alignment and stability.

Prowse says the bright and airy fit-out is inspired by feel-good experiences. “It’s maybe at a music concert, [or] in nature. Finding a nook by a fire and reading a book. I wanted to create a space that harnessed all those natural healing capacities.”

It was Andrew who drove past the derelict building and told Sammy, then with a two-month-old baby, that he’d found their next studio. “Timing is everything,” she says, laughing.

The restoration of the heritage-listed building was managed by Piccolo Architecture, with De Campo Architects looking after the interior. “The building was almost in a state of disrepair,” Prowse says. “There was no ceiling, no roof, the second floor didn’t even exist. It was really battered.”

Unlike the Richmond and Fitzroy warehouses with their polished concrete floors, Malvern Road has floorboards and Edwardian-period box windows, skirting and exposed trusses. Mark Tuckey stools and Mud ceramic vases link back to the studio’s siblings.

In addition to the three studios, Universal Practice is involved with the Hawthorn, Carlton and Melbourne Football Clubs, and Pilates and yoga programs in corporate offices and schools.

Unisex bathrooms are stocked with Aesop and Tom Organic products, and there’s a shower and room to get changed in before or after work. Water, towels and tea are complimentary, so you don’t need to bring a thing.

Universal Practice is located at at Level 1, 1437 Malvern Road, Glen Iris, and is opening on August 31. For the first week after launch, free initial physiotherapy assessments and group classes are offered to Broadsheet readers who use the code BROADSHEET when booking online.