By a long-time Lululemon employee, the warm, earthy-toned space offers a multitude of services, including reformer, mat and pre- and postnatal Pilates (with plenty of space between you and your neighbour). Plus, physio, remedial massage, dietetics and more. 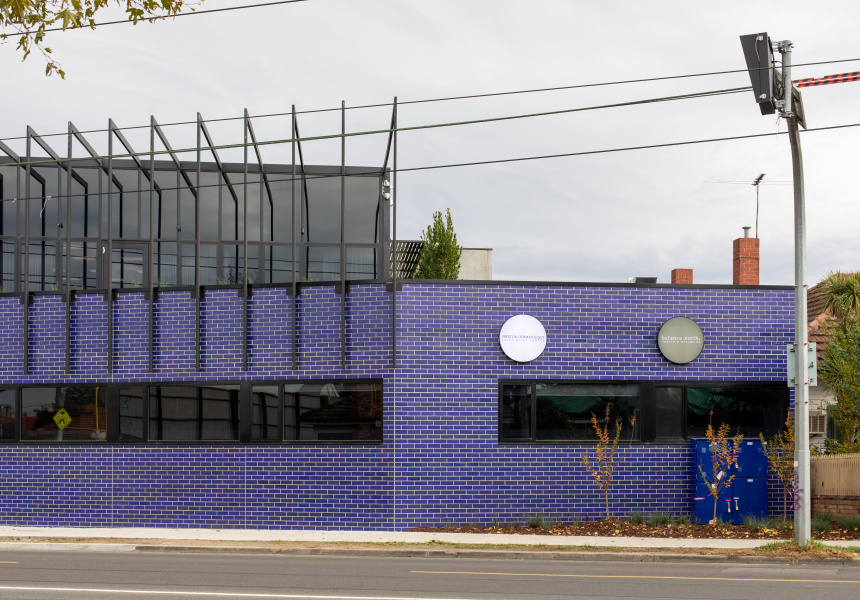 Janee Rutherford came up in the corporate world. She was a lawyer, then worked in finance before 180-ing into something else entirely. “I joined Lululemon when it was a start-up because I really loved the brand,” she says. “It was getting big in the Canadian market and I wanted to be part of its Australian growth … I was there for a decade.”

Before finishing up at the Canada-born company, Rutherford worked as its real estate portfolio manager. It meant she visited many wellness studios between Melbourne and Vancouver. “I became really inspired,” she says. “I [also] spent a lot of time in studios and in retail precincts around Australia and New Zealand looking at what’s coming up, what people want on the consumer side, but also what people want from a health and wellness perspective. So I think that’s what really inspired me to create my own thing.”

That thing is Preston’s new health and wellbeing centre Balance North, which opened in June. Seven years in the making, the holistic space offers a multitude of services under one roof: physiotherapy; Pilates (including reformer, mat and pre- and postnatal); physio-led group exercise classes; dietetics; remedial massage; podiatry; and health coaching. Rutherford plans to add clinical psychology and meditation coaching to its repertoire soon. “There’s real opportunity to share knowledge among practitioners,” Rutherford says. “And I think it is really helpful to have practitioners that – even if it’s not to directly refer a client – know and understand a bit more about other allied health practices, so that they can treat things a little bit more holistically.”

Rutherford has intentionally hired practitioners who are north-side locals. “I don’t want to be a sales-heavy service where you get referred to someone within the clinic and then you’re locked [in]. It’s more like, when you’re hyperlocal, you have a sense of who the good GPs are the area, where the best obstetricians are in the area.” But, with her husband Tim, Rutherford also owns the specialist medical and dermatology centre on the building’s ground floor. “So, we wanted to create something that was not just the traditional medical centre. This is like the yin to the medical-centre yang.”

The studio was designed by Therese Carrodus of Full of Grace Interiors. It’s got an abundance of natural light and a rooftop to be used for meditation. Retractable glass doors allow an easy flow between the outside and inside. “The consulting rooms were carefully designed to ensure they wouldn’t feel sterile or soulless,” Carrodus says. “The palette for those rooms includes the same warm, earthy tones – with soft carpeted floors and large picture windows making the space feel open and airy.” 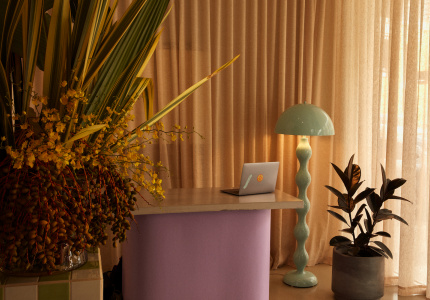 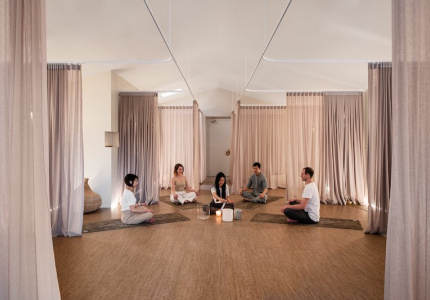