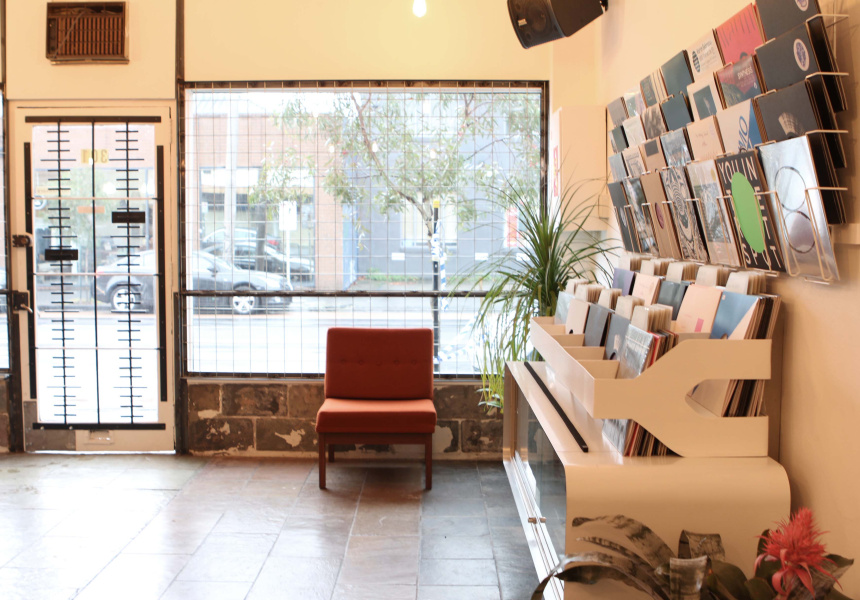 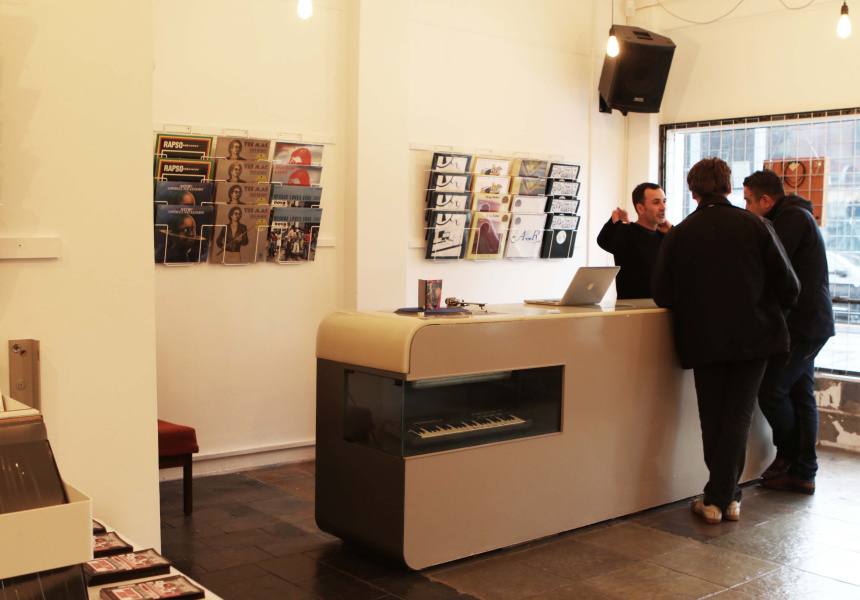 The internet killed the vibe at Greg Molinaro’s first business. Between 1992 or 1993 (he can’t remember which) and 2008, he sold dance records at Rhythm & Soul in Prahran. He got out when mp3s and file-sharing started cutting too deep to ignore.

Hub 301 is his comeback. It was founded in 2016, after the emergence of a vinyl-first culture in the house and techno scenes. If you want this music, wax is often the only way to get it.

Like its predecessor, Hub 301 stocks brand-new house, techno, disco and soul records, plus the occasional dubstep or drum’n’bass gem. Expect to find EPs from Dolly, Klockworks, L.I.E.S and other international labels. Molinaro also makes plenty of room on the shelves for local artists.

If you’ve ever tried record shopping at a place with a solitary listening station – or worse, none – you’ll know it sucks. There’s no such problem at Hub. There are three stations equipped with Technics 1200 MKII turntables.