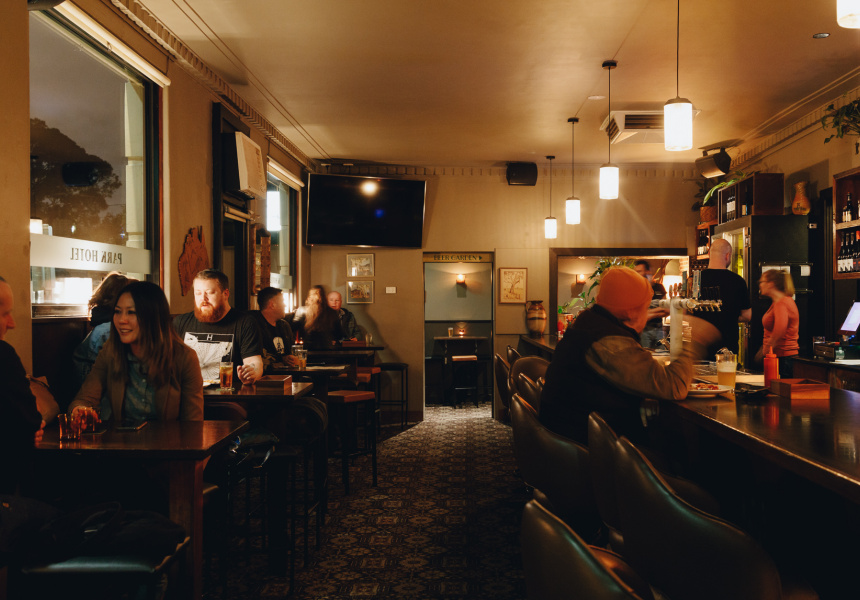 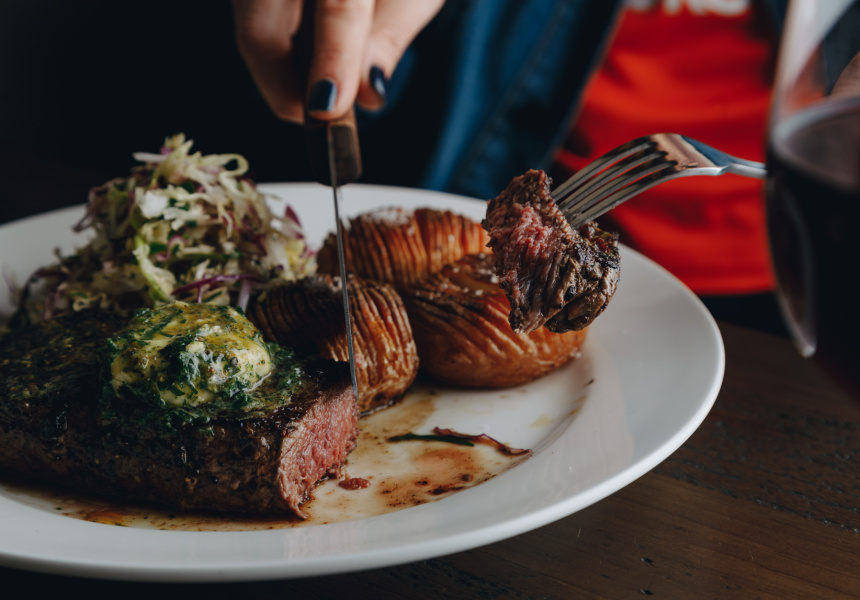 Park Hotel co-owners Ed Harley and Nick Sawle co-own Richmond’s Royston Hotel and were looking at a venue nearby when The Park Hotel caught their eye.

They overhauled the inside of the century-and-a-half-old pub, but were conscious of the history that had been handed to them. The front bar’s original wood panelling has been retained, as have the polished timber floors and patterned carpets, which the overall colour scheme was inspired by. The rest of the space has been given a lift with a fresh coat of paint, new tiling, pops of greenery, tan leather bar stools and Australian landscape artwork on the walls.

Sawle, formerly of Archie’s All Day and Donovans oversees the kitchen. It serves classic pub meals with everything done from scratch.

Alongside steaks, parmas and burgers, there’s 'biryancini' (lamb biryani, arancini-style), spicy chicken wings and cheeseburger spring rolls. The vibe is laid-back and everything is ordered at the bar.

The Park Hotel supports great brewers, but this doesn’t mean a craft-only tap list. Twelve taps offer a range of classic lagers, pale ales and more modern craft styles, such as Feral Brewing Co.’s Biggie Juice NEIPA, a New England IPA with apricot and peach aromatics. Wine is from a small, savvy list designed to appeal to a broad demographic.