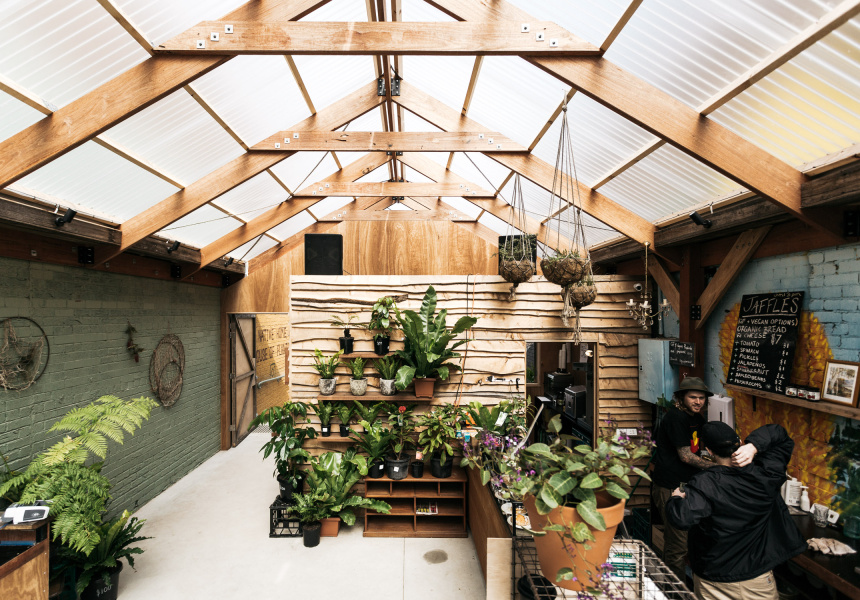 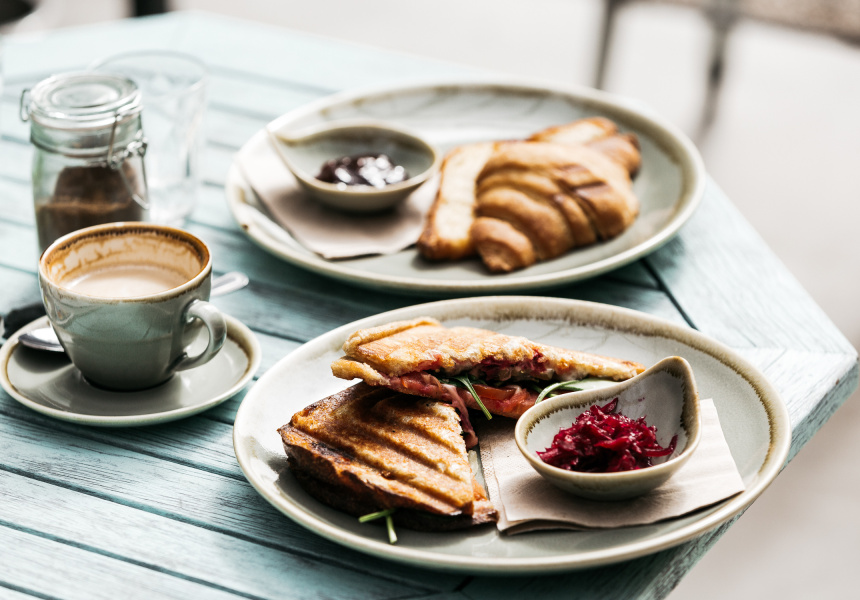 Native Home, House of Plants brings together Harding’s experience in horticulture and construction, including building stages and art installations at festivals including Strawberry Fields and Rainbow Serpent.

He worked on the Australian festival circuit for roughly 18 months designing stages and sets that incorporated Australian native plants before deciding to create an inner-city oasis.

The nursery has been built with native timbers including ironbark, Victoria ash and white cyprus. Harding repurposed an existing fence on the Johnston Street property to clad the bathroom block at the back, and also used materials leftover from past festival structures in the fit-out.

Inside are murals by local artist Chris Henderson – who goes by the name SIRHC – including one featuring a banksia, acacia and wattlebird at the front entrance.

The food and drink offering has been carefully considered, with beans from Reverence Coffee, and a rotating list of single origins.

The limited menu includes jaffles made with Zeally Bay’s 34-hour sourdough from Torquay. All coffee and food waste is composted on-site and the return of take-away cups is encouraged.