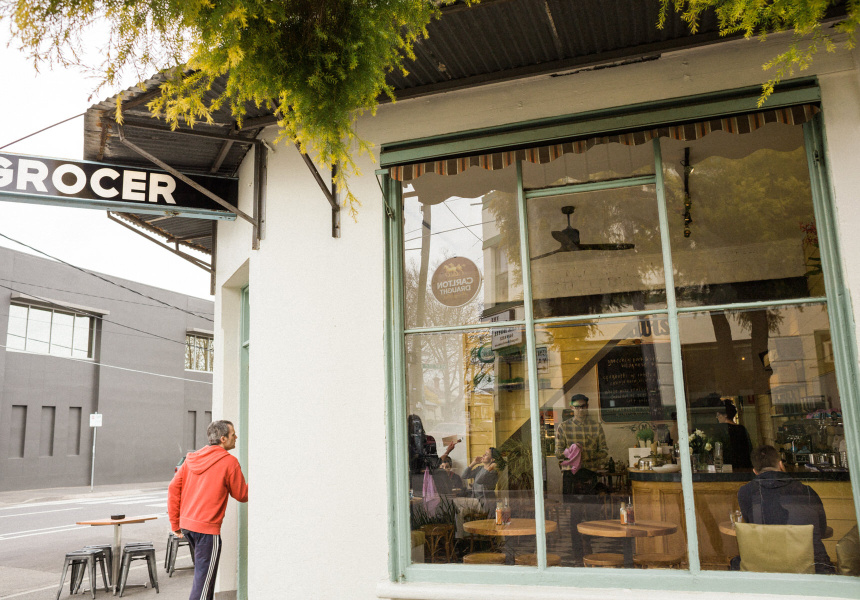 As at their previous venues, The Grace Darling and Lazerpig, Maurice Manno and Dan Zeidan didn’t employ architects or designers to help them with Mavis the Grocer, which is on the site of an old milk bar. They made it up as they went along, rescuing an old ticket booth from Her Majesty’s Theatre to use as a bar and lining the interior walls with pale-yellow weatherboards.

While plenty of cafes aspire to be a homey neighbourhood sort of place, few have nailed it as well as Mavis, where the interior feels just like the terrace houses surrounding it and the little side courtyard seems like a normal backyard.

By day the venue serves Seven Seeds coffee and several cold-pressed smoothies, which combine ingredients such as kale, coconut water, tahini and beetroot. There’s also a simple but well-executed menu which takes in porridge, pikelets, bean stew, citrus-cured salmon and sandwiches. All the bread is made in-house.

If you’re just popping in, you can pick up a loaf to take away, along with a newspaper, fruit and vegetables, ready-made meals, olive oil and Changz Hot Sauce.

When the sun goes down, the lights are dimmed and the candles come out. You can catch cheese or charcuterie and more substantial mains such as pasta until 8pm, along with a pot of Cooper’s Pale Ale or a glass of Bress shiraz.