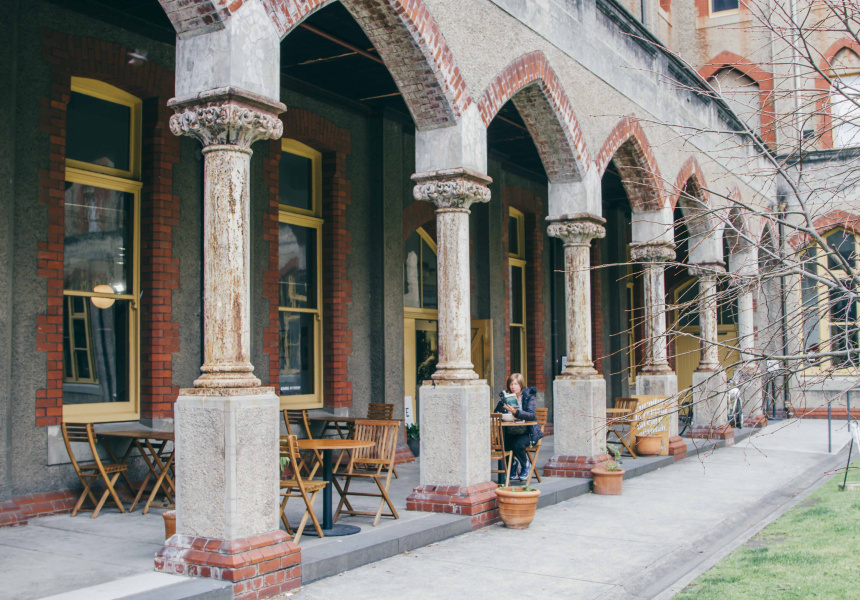 It feels like you’ve stumbled across a little secret when you arrive at Cam’s Cafe, a lo-fi kiosk in one corner of the Abbotsford Convent.

It’s open seven days a week and serves a short, all-day menu of various egg dishes, toasted sandwiches, soup and other simple things that can be made on a portable cooktop and Salamander grill set-up. Almost everything is under $10.

After Handsome Steve’s House of Refreshment closed in 2009 and relocated, owner Steve Miller handed the baton to his nephew Cam Miller, who operates his cafe out of a ground-floor location on the other side of the quadrangle. Cam is also responsible for the St Heliers Street Gallery, which exhibits shows by local artists out of a space adjacent to the cafe.

Everything at Cam’s is made using local produce, from the sardines on toast to the licorice in jars on the counter and the Mountain Goat on tap, and other local brews in bottles. Wine and spirits are also available from open to close.

By day Cam’s is a relaxed cafe bathed in sunlight. At night the bar is licensed until 11pm. The space is also available to book for private functions.