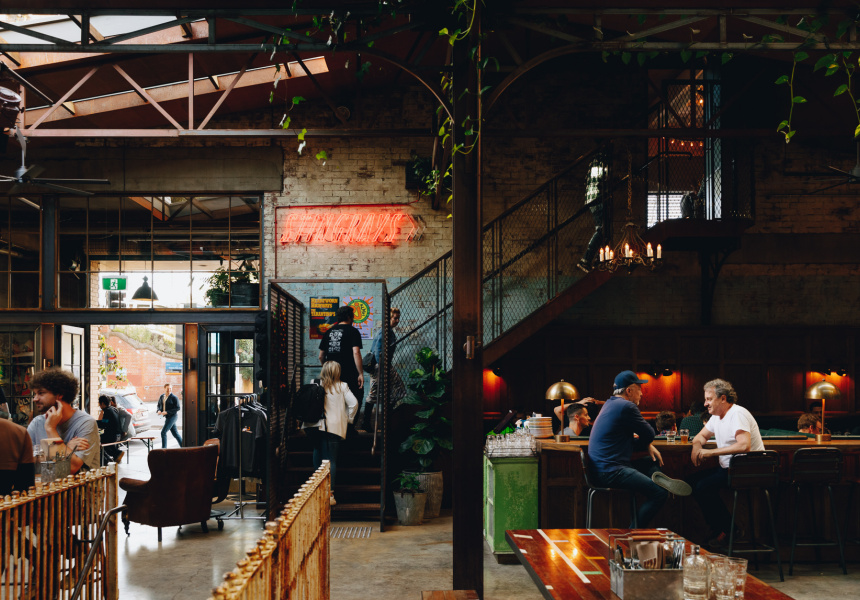 The upstairs space at Bodriggy Brewing Co was, for a time, the temporary dwelling of an employee named Stingray. He no longer lives there, but when the Abbotsford brewery decided to flip the space into an intimate, ‘70s-style cocktail den, they named (and styled) it after Stingray in tribute.

Though quite small (the maximum capacity is 70), there’s no musty attic vibe at Stingrays. Natural light streams in through a large skylight during the day. The fit-out, which is best described as “high-end Australiana”, includes a disco ball, kitsch floral wallpaper, green velvet banquette and glistening chandeliers. A mezzanine looks down onto a DJ booth and the timber-clad bar.

In contrast to Bodriggy's main bar downstairs, Stingrays is all about cocktails. A past highlights include a Zooper Dooper-Vodka Cruiser hybrid mixing vodka, Four Pillars Bloody Shiraz Gin, raspberry wine, apricot and finger lime. As you’d expect, the taps pour Bodriggy brews ranging from the Cosmic Microwave (a juicy NEIPA) and Fizzy Dance Explosion (a hazy tropical sour), to the Utropia (a citrusy pale ale). There’s also a small list of wines, featuring producers such as Little Reddie from Victoria, and Garage Projects from New Zealand.