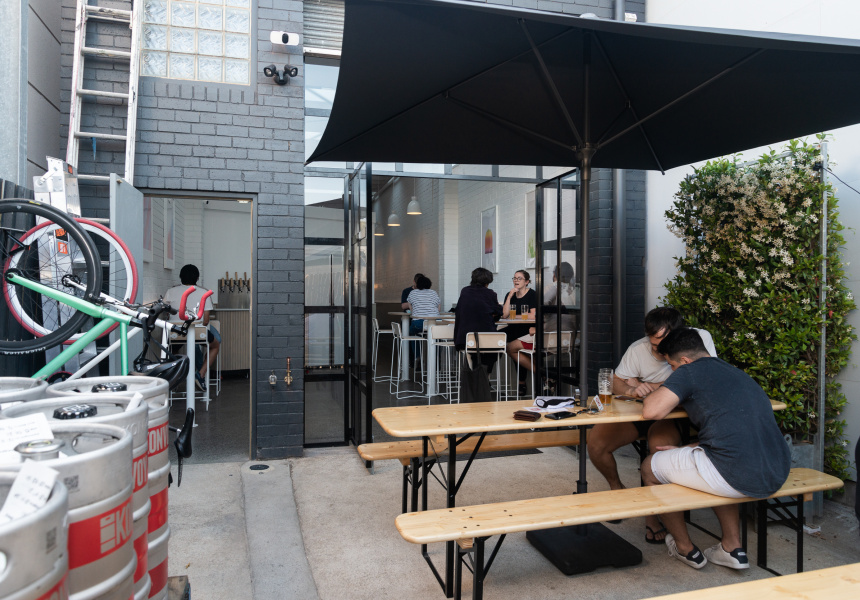 In May, Range Brewing’s birthday beer sold out online in three minutes. Release-day lines outside the Brisbane taproom are a common sight, and in November its Fahrenheit IPA was named 2020 Champion Australian Beer at the Independent Beer Awards.

It's one of the Queensland craft brewing scene's biggest success stories, but interestingly, almost 40 per cent of its online sales were coming from Melbourne. So co-founders Gerard Martin, Matt McIver and Mitch Pickford figured that opening a taproom here – on Johnston Street, Abbotsford, specifically – made a lot of sense.

Unusually, the brewery doesn’t have a core line-up of beers, so you’re unlikely to find the exact same beer twice. Instead it continues to experiment with hop and malt combinations, mostly within the ascendant hazy style, which emerged from the US about a decade ago and promises lower bitterness, a softer body, with more pronounced fruit characters. And they’ve found that’s just what the people want.

There are 12 taps in the main bar, with an additional 12 that can be tapped in the back area for events and collaborations. And the fridges are stocked with tins of Range beers. Nothing is brewed here, but deliveries come from Brisbane twice a week to make sure everything is in the freshest possible condition. Other than hazy pales and IPAs, you’ll always find a couple of lagers and sours on tap or in the fridge, plus rotating wines from small suppliers, gin from Never Never and whisky from Starward.

Food can be ordered in, and you’ll find local favourites on the menu, including Rita’s and Kelso’s Sandwich Shoppe.

The taproom is designed to reflect the Brisbane original. Playlists are the same across both venues, and Melbourne’s iron-and-glass back door is almost an exact replica of Brisbane’s front door. Then there are windows that fold out into the street, and vertical-joined panels which nod to the classic Queenslander-style house.