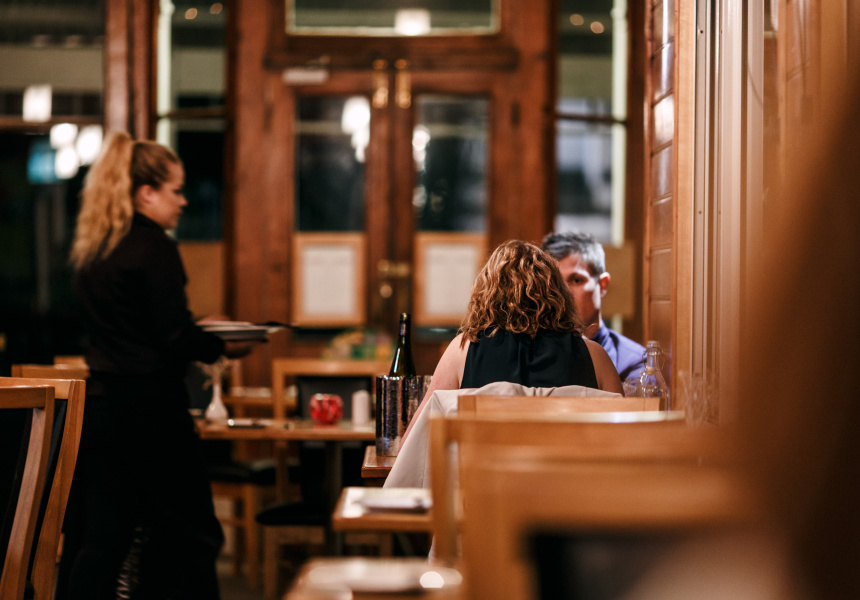 Stanley is an idyllic coastal town with well-preserved colonial-era buildings and seaside cottages that evoke a slower, quieter time. Parts of Derek Cianofrance’s 1920s-period film The Light Between Oceans were filmed in the town.

Located right near the filming location, Xanders Restaurant highlights the region’s strength as a prime area for fishing and farming. Named after owners Denise and John Stronach’s grandson, the family-run restaurant prioritises local and seasonal Tasmanian produce. Fish, scallops, octopus and oysters are all sourced from nearby towns; and pork, lamb and beef are supplied by Tasmanian farmers.

The menu balances country-style cooking with a touch of fine dining flair. Natural oysters from Smithton are the ideal starter. Mains include a choice of classics such as the steak sandwich, herb-crusted lamb rack, oven-roasted fish of the day and a juicy Cape Grim eye fillet.

The wine list features a selection of lighter Tasmanian varietals from Josef Chromy, Holm Oak and Moores Hill alongside heavier reds from other notable Australian winemakers and sparkling wines from Europe.