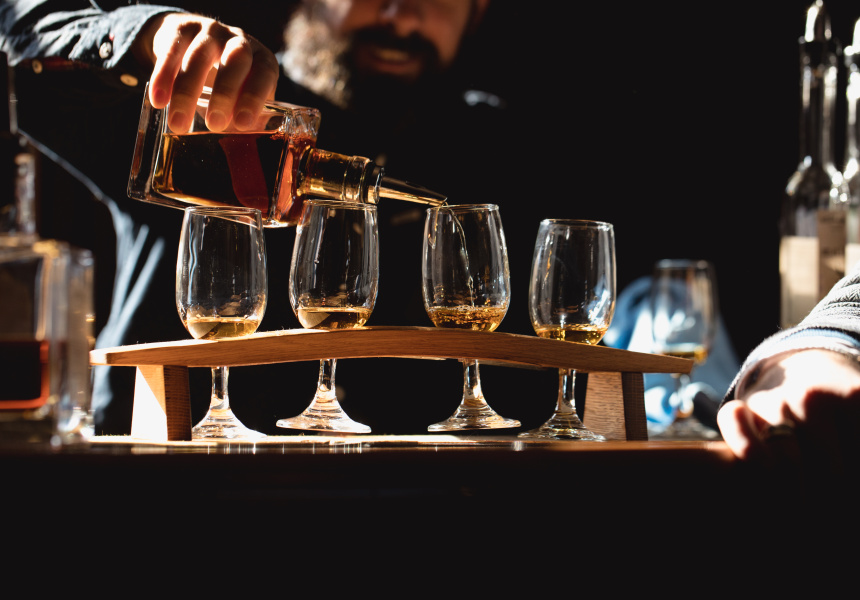 The Tasmanian whisky industry is recognised as one of the best in the world. From August 4–13, the state’s distillers come together at Tasmanian Whisky Week to showcase the best of their produce, with a series of masterclasses, tastings, dinners and distillery tours.

This year you can inspect a Colonial Inn from the 1840s at Redlands Distillery in Kempton and learn about the importance of its on-site barley fields; take a guided tour of Hellyers Road distillery in Burnie; or head to Belgrove Distillery and participate in a “cross-generational” Boilermaker experiment, when distiller Peter Bignell matches his Belgrove Rye whisky to his son Tom Bignell’s T-Bone beers.

A festival highlight occurs on August 10 when the four Tasmanian founding distilleries (Lark, Sullivans Cove, Overeem and Hellyers Road) join together for an intimate dinner at Ettie’s European Bistro in Hobart, where they will discuss their histories and personal experiences in the industry.