The Honey Makers (and Bee Lovers) of Tasmania

Rebecca and Tristan Campbell of Honey Tasmania find their happiness in happy bees.

The technical term for harvesting honey is “robbing”. But with Tristan and Rebecca Campbell of Honey Tasmania, the word doesn’t feel right.

As beekeepers they wouldn’t dream of disrespecting their bees. “It’s really about trying to get them to accept us,” says Tristan. “To let them know we’re not there to cause harm.” The beekeeper and honey producer says he won’t even wear gloves when handling his bees. “I try not to wear a veil through most of the spring and early summer work,” he says. “It comes back to my philosophy of how I try to teach the bees. I really get a minimal amount of stings from them.”

We're in Exeter, Northern Tasmania, huddled over a hive in a vineyard overlooking the Tamar River. As we're speaking, an errant worker, unaware of Tristan's philosophy, lands on his forearm and digs its stinger in. Tristan waits for the bee to unspin itself in the hope it'll fly off and survive, but it's unsuccessful. He looks genuinely hurt - emotionally, not physically. "Most of the big companies use blowers or all these fairly mechanical methods to get the bees off," he says (an approach used to remove the bees from the hive so honey can be collected). But this has a high mortality rate. “Because we’re small, we’ll take a frame at a time, shake the bees off and put that in the box,” he explains. “Much more labour goes into it, but we can leave a site with basically not a dead bee.”

The Campbells are originally from the US. They’ve been based here in Exeter, about 20 minutes outside of Launceston, since the early 2000s. Tristan’s first interaction with bees was at his grandfather’s property outside of Los Angeles. “As a toddler, I used to get stung at Grandad’s place,” he recalls. “So I was familiar with getting stung, and the swelling.”

Rebecca grew up in the high mountains of Colorado and is an anthropologist by training. Tasmania appealed to her given the small population and its incredible old-growth forests. But it wasn’t until she had her first taste of honey made from Tasmania’s Eucryphia lucida species of plant – commonly known as leatherwood and native and unique to the island’s West Coast – that she was hooked on bees. “For us it was all about leatherwood,” she says. “Just that taste and knowing we could promote the West Coast and the ancient rainforest that still exists here – there are so few temperate rainforests left in the world.”

Leatherwood honey is often sold and sent in bulk to Europe where it’s blended with other varieties and used as a table honey. But leatherwood on its own is often dark and pungent. As a result it can be unfairly maligned. “When we first moved here, leatherwood was traditionally the poor cousin in the honey world,” says Tristan. “People often describe leatherwood as ‘strong’. But that’s partly because of the way it’s processed.”

The Campbells process their leatherwood cold. This method causes those dark notes to recede and reveal a fragrant taste. “It’s floral, spicy and has a very strong smell,” says Rebecca. “I just think it encapsulates the rainforest. You get this primal depth of scent and taste.”

The leatherwood tree has a unique connection to the West Coast of Tasmania. Eucryphia lucida was endemic to Gondwana and has been around for the past 65 million years. As an old-growth tree, leatherwood can live up to 500 years. The tree flowers from a young age, but doesn’t produce nectar until it matures at around 70-150 years old. The Campbells rely heavily on it for their honey as Tasmania’s cold-climate means not all trees flower every year.

“It’s really about trying to get them to accept us,” says Tristan. “To let them know we’re not there to cause harm.”

“We’re very lucky to have leatherwood down here because it flowers regularly,” says Tristan. "Tasmania doesn’t get the regular flowering like they do on the mainland, where gums flower every couple of years. So leatherwood is the one thing we can go to.”

It also works for their bees. “It’s a healthy pollen for them. But importantly, it’s also the honey they can use in the hives over winter. We can go (to the West Coast) in summer, fill them up with leatherwood nectar, and they should have enough to survive the winter once we pack them down.”

Once the bees have spent the winter working, their hives are brought back to the Tamar Valley where the Campbells settle them in a sunny spot to rest. “We have these rural spots we take the bees to,” says Tristan. “They’re always sheltered, with full sun, at the top of some valley usually with water views. I’m always quite jealous I can’t stay with them.”

Tristan says the Tasmanian honey season is very short. “We won’t see any honey until December and it’s pretty much finished by the end of February,” he says. “That production of honey in the three months is all the honey we get. But the leatherwood honey, when it flows, can make up for those lesser yields throughout the rest of the year.”

Leatherwood isn’t the only variety the Campbells’ bees feast upon. Along with a dozen varieties of tea-tree – including manuka – Honey Tasmania also produces peppermint gum, kunzea, prickly box, meadow and banksia honey. “We get the most varieties in the state,” says Tristan, “and we travel great distances looking for flowers.”

It’s not just the natural bounty of the island that sets Honey Tasmania apart. Rebecca and Tristan have intentionally kept the company from becoming too large to maintain the integrity of their processes.

All their honey is cold-processed, never pumped, and is robbed by hand. “By staying small we have much more control over what’s extracted,” says Tristan. “There’s no pumping or heating in our process. There are no hot knives, no steaming. We don’t have to take any shortcuts with the capturing of the honey. We’re not just trying to get the most the quickest.”

The Campbells are intent on keeping their operation small. “We spend time educating people about what raw, pure leatherwood is like,” says Tristan. “So if two years later we have twice as much and have to pump it through 400 metres of stainless steel piping, all we’ve said is out the window. It’s getting the balance right.”

This means while Honey Tasmania’s products are available in select outlets on the mainland, the best place to sample their leatherwood is close to where it’s produced. Regulars at the Harvest Market in Launceston, the couple have just opened their new shop, The Beehive, on Main Road in Exeter. “Connoisseurs lose their shit when they come to our stalls,” says Tristan. “A lot of people have a real passion for honey. It’s an easy one to fall into.”

This article is produced by Broadsheet in partnership with Tasmania – Go Behind the Scenery. Create your own Tassie story here.

Produced by Broadsheet in partnership
with Tourism Tasmania.
Learn more about partner content on Broadsheet. 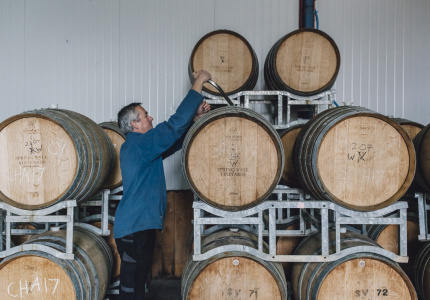 The Sheep Farmer Making Pinot Noir with an Edge 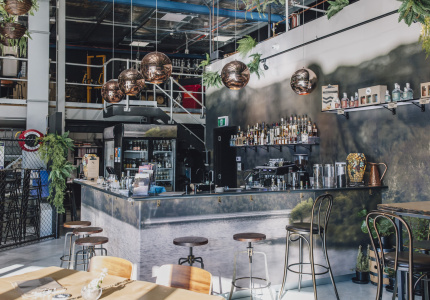 A Gin Made with Tasmanian Science…and Seaweed 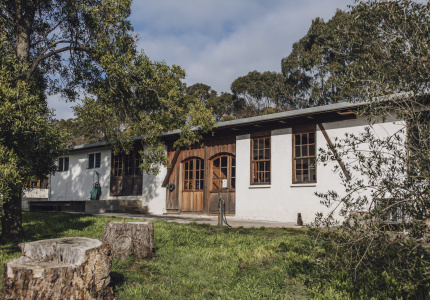 From Bavarian Farmers to Tasmanian Cheesemakers 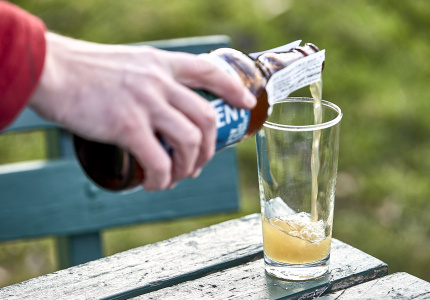 The Time, Fruit and Experimentation That Makes this Tasmanian Beer

From Bavarian Farmers to Tasmanian Cheesemakers

The Time, Fruit and Experimentation That Makes this Tasmanian Beer 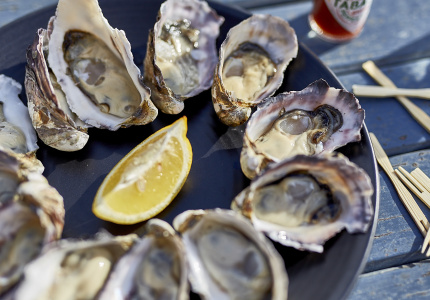 A Tale of Oysters and An Island 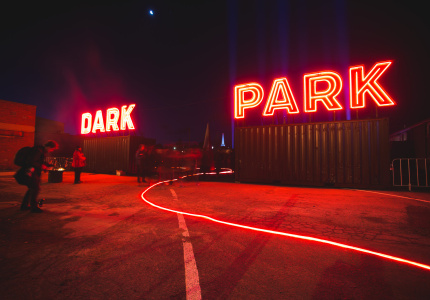 The Dark Magic of Dark Mofo