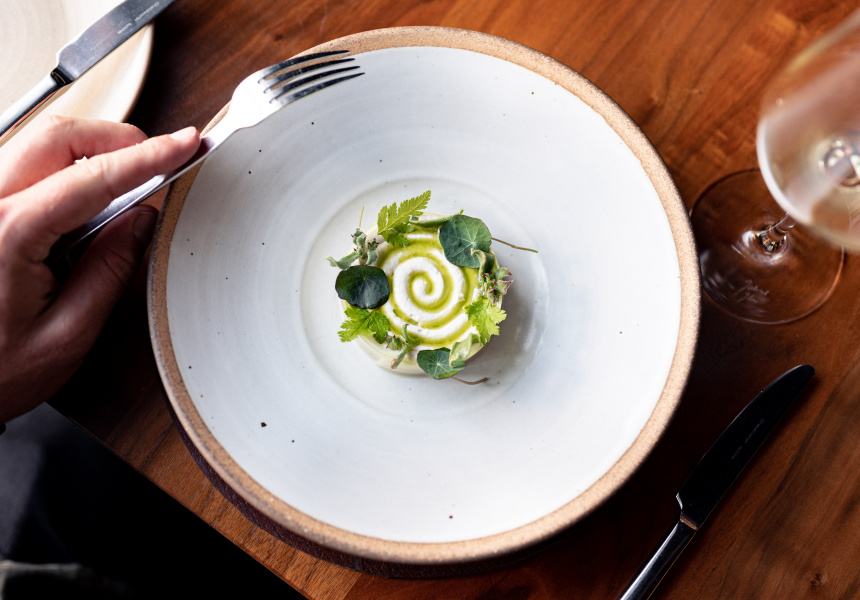 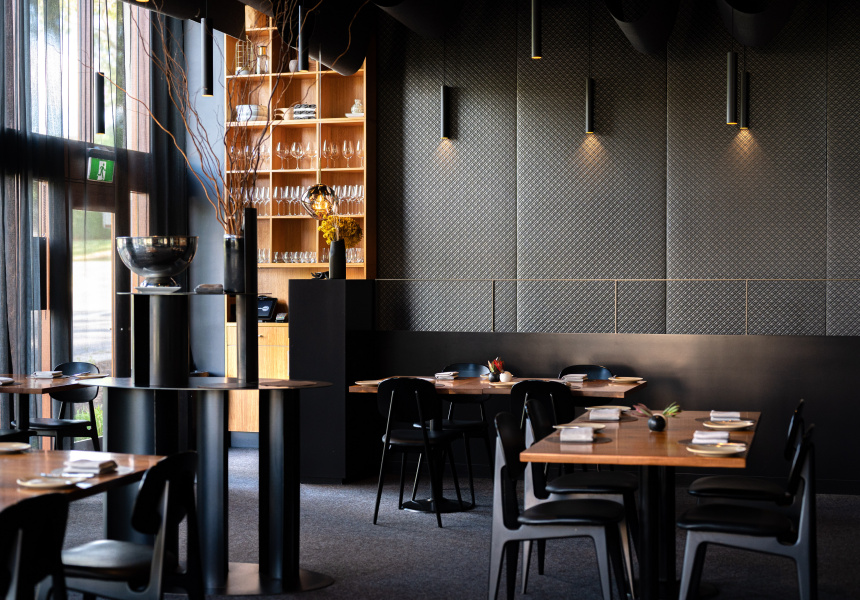 Aubergine opened in 2008 and has been quietly doing its thing ever since, becoming one of Canberra’s most acclaimed fine diners and go-to special occasion restaurants. It’s a relaxed but serious restaurant that keeps getting better.

Part of its low profile comes from the location, right in the middle of the Griffith shops. Inside, the dining room is sleek and moody – dark furnishings, dramatic sheer black curtains and glowing pendants. It’s a refined room that exudes a sense of occasion.

On your table, textured custom-made ceramics and rounded leather placements build anticipation before you even see a menu.

Chef and owner Ben Willis grew up in Canberra and trained here, before working in kitchens around the world – including England, Ireland, Canada and, closer to home, Sydney. His menus have always been driven by seasonality – Aubergine’s five-course set offering changes almost daily depending on which ingredients are local and abundantly available.

You might try a salt-cured snapper, finger lime and tarragon brandade – it comes out as a perfect swirl of salty potato mash and vibrant green oil, garlanded by edible leaves and succulents. Smaller bites, such as beetroot wafers with smoked eel and raspberry, are no less memorable.

The drinks list is extensive. The wine selection has received specific acclaim and is generally considered to be one of the best restaurant wine lists in the ACT. It’s a well-balanced line-up of local and international wines, with a drop for pretty much every taste. Champagnes, orange wines, French all-stars, and Italian and Spanish varietals are all dutifully represented. Wines from nearby makers, such as Clonakilla and Mada, also make appearances.