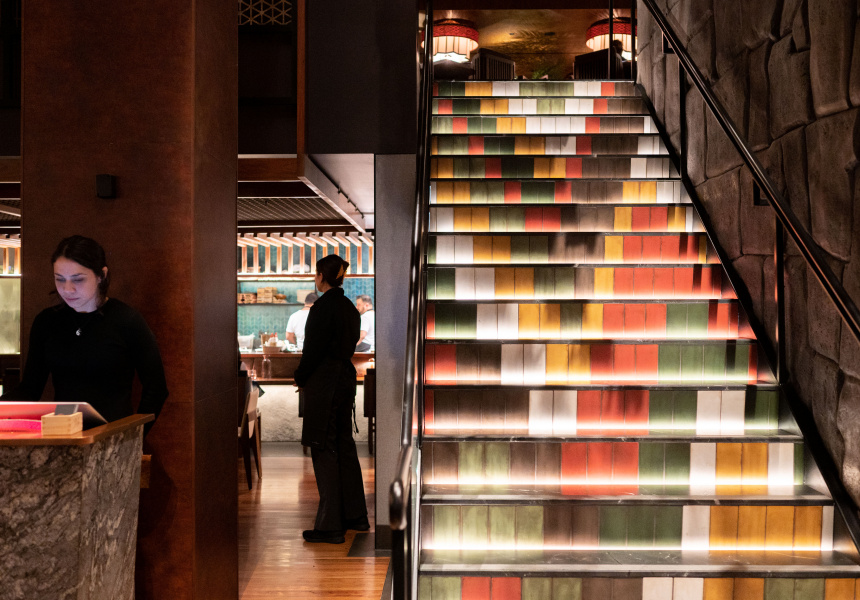 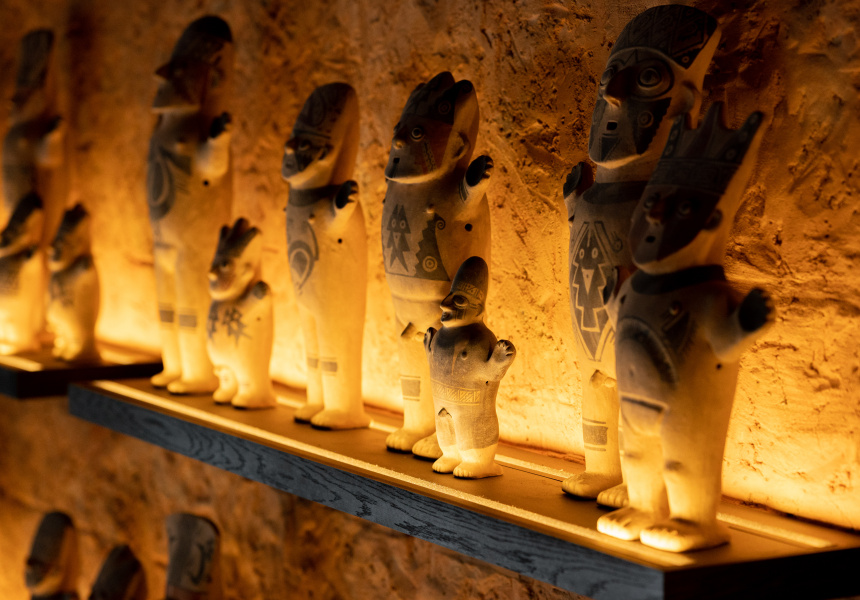 At Inka, which opened in March 2021, the focus is on Nikkei-style food – a mash-up cuisine that emerged from Peru’s sizeable Japanese population (Peru has South America’s second-largest population of Japanese people).

It’s easy to see how Nikkei cuisine happened – dishes such as ceviche, Peru’s national dish, seem tailor-made for Japan’s sashimi tradition. Likewise, both cultures revere cooking over flames – whether it’s a robata, hibachi or parilla grill at play. A cuisine that combines Japanese techniques and dishes with South American ingredients and flavours is a no-brainer.

But it’s still a relatively new phenomenon in Australia: you’re more likely to see the odd Nikkei dish at a regular Japanese restaurant than you are to see full-blown diners dedicated to the cuisine. (The aptly named Nikkei, in Surry Hills, is a notable exception.)

Inka's fit-out is by Patricia Barbis – a Lima- and New York-based interior designer and architect. She supervised the entire project remotely, due to the pandemic. It’s an immersive space that evokes Peru as soon as you enter.

Lanterns hang dramatically from the double-height ceiling and figurine statues – sent over from Peru – span an entire wall. A huge quipu (a knotted fabric traditionally used by the Andes’ indigenous peoples to record and convey information) cascades over the staircase that leads to the mezzanine level. The dim and moody lighting throughout casts the statuettes in striking shadows.

The menu is designed by executive chef Michael Muir, who cooked at London Japanese institution Zuma (as well as its Istanbul spin-off). Charcoal smoke wafts over from the open kitchen at the back of the restaurant, where nigiri-making and robata-grilling chefs are on full display.

The first half of the menu is very seafood-focused. There are three kinds of ceviche and they all come with quinoa chips on the side. It’s hard to look past the classic though, which combines pureed sweet potato, kingfish and red onion. There’s a good line-up of nigiri and tiradito (Peruvian sashimi) choices, too.

Here the anticuchos (grilled skewers) take a classic Peruvian dish and combine it with yakitori-style cooking. There’s prawn with yuzu and garlic butter; eggplant, miso and black sesame; and a classic chicken to try. A selection of empanadas and larger, share-style mains round things out.

Cocktails are also on-theme. Take the Gachi, which cleverly blends zippy yuzu with the sweetness of Pisco. Wines are predominantly South American, with the odd local cameo.