In a display of devotion to his dogs, Malcolm Watts named his Wolloongabba cafe after his two French mastiffs, Moose and Gibson.

The cafe is the joint venture of Watts and former Wallabies star Scott Higginbotham, both veterans of the cafe scene, and also responsible for Leaf in Tarragindi, Habitat in West End (now closed) and Cross Roads Espresso in Petrie Terrace.

The refurbished cafe’s fit out merges its industrial setting with inviting and warm wooden finishes. The coffee machine churns out espresso made with Two Seasons single origin beans, and the kitchen plates up all-day breakfasts and creative spins on the midday meal.

Moose & Gibson’s homestyle menu features hearty comfort food such as baked eggs and black pudding potato cakes, as well as lighter serves of coconut-soaked quinoa. As the morning hours give way to lunchtime, the popular Gibson croque monsieur becomes the order of the day.

Fancy-up the drink situation with a smoothie or iced coffee, or turn to the hard stuff after 10am with tap beer, wine, cider and spirits. Keeping with the spirit of its name, Moose & Gibson is dog friendly. 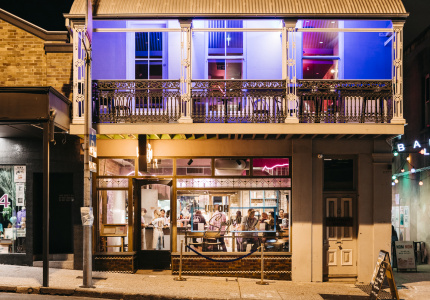