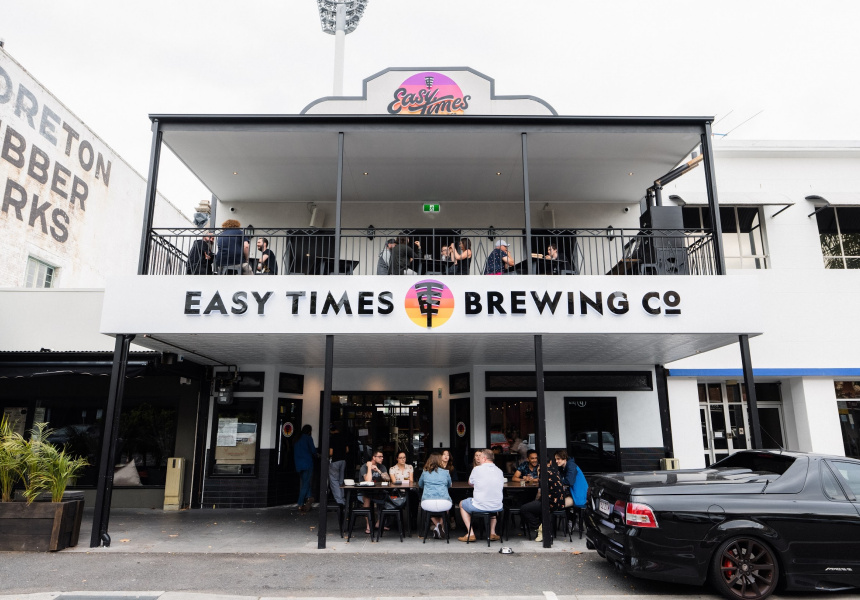 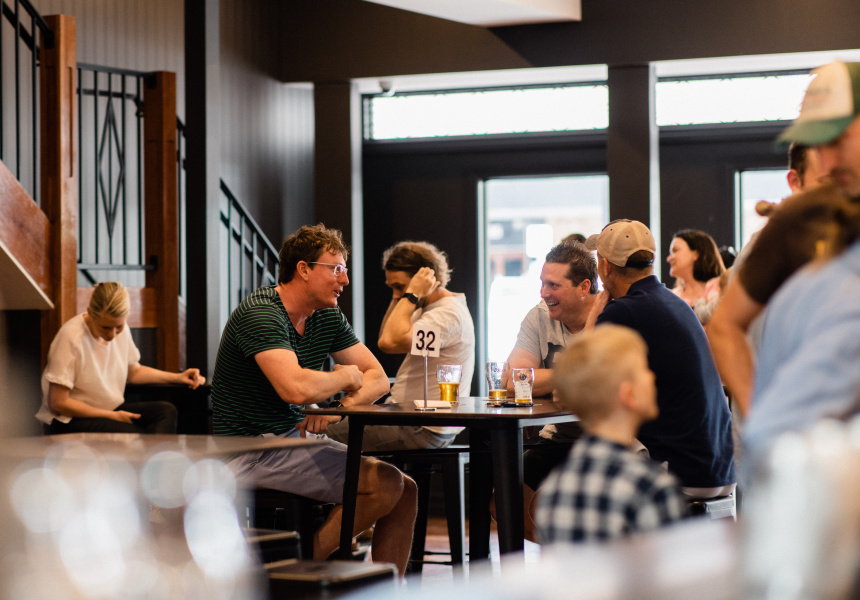 After two years in development, Easy Times Brewing Co finally opened in Woolloongabba – just half an hour after the paint had dried – at the end of October 2020.

Owners David Ferguson and Anita Boettger have teamed up with Ryan Lane of Proof BBQ & Booze, who’s turning out a menu of Kentucky-style barbeque from his giant smoker, “Dixie”, upstairs. Brisket and ribs are the specialty, but there’s also whole blackened fish and vegetarian options – a pecan and herb stuffed portobello mushroom burger, smoked potato skins and grilled spiced corn. For dessert? A Makers Mark Banoffee Pie. An abridged menu of bar snacks is available downstairs.

The brewpub, which is housed in a 100-year-old refurbished former violin repair shop, blends old with new – throughout are polished ironbark hardwood floors, vintage incandescent light bulbs and television screens that showcase the 20 different beers on tap. A mezzanine level provides a sneak peek inside the Gabba.

The ground-floor brewery has a grain-milling machine, mash tun and six large fermenters. When Broadsheet visits, head brewer Curran McCarthy is doing the final tinkering with the equipment. He is about to start brewing what will become a rotating batch of Easy Times brews.