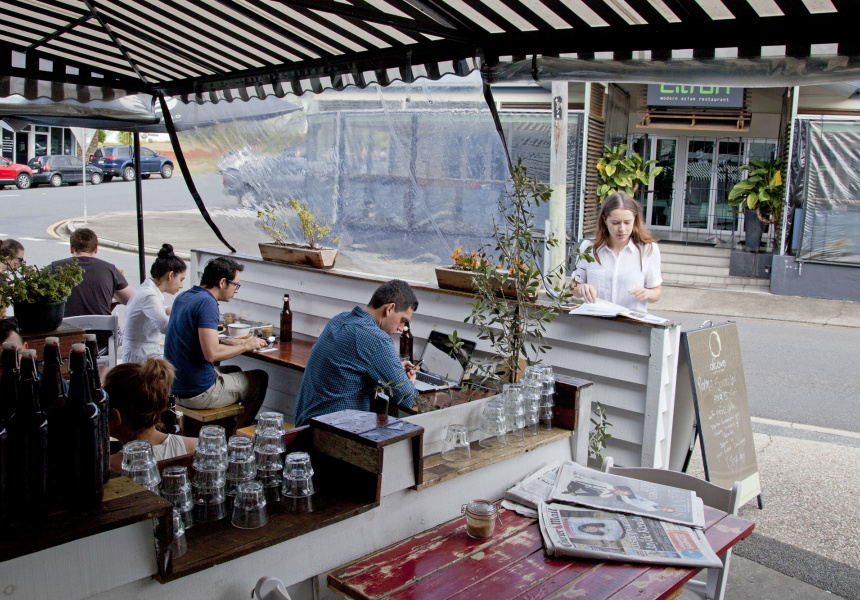 After opening his first cafe when he was just 17, owner Sep Marchitto teamed up with Fergus Parker for Alcove.

The tiny cafe occupies an old post office and charms with its big community spirit. Soon after the training wheels were off at Alcove, the pair began opening more venues, and they now preside over Samson and Sophie in Teneriffe, Esher St Cafe and Deli in Tarragindi and florist Stalks and Stems in Bulimba.

Breakfast is the main affair at Alcove, which sees offerings such as avocado, fetta and dukkah smash on organic sourdough; and bowls of slow-cooked Italian sausages with poached eggs. Locally roasted Veneziano beans run through the coffee machine and teapots fill with Tea Drop blends such as Honeydew Green and Cleopatra’s Champagne chamomile infusion.

All of the seating is outside (undercover, sheltered from the elements); pop your head inside to peruse a selection of locally made deli goods, including salad dressings, salted caramel, kasundi, stuffed pepper relish and aromatic organic sourdough.