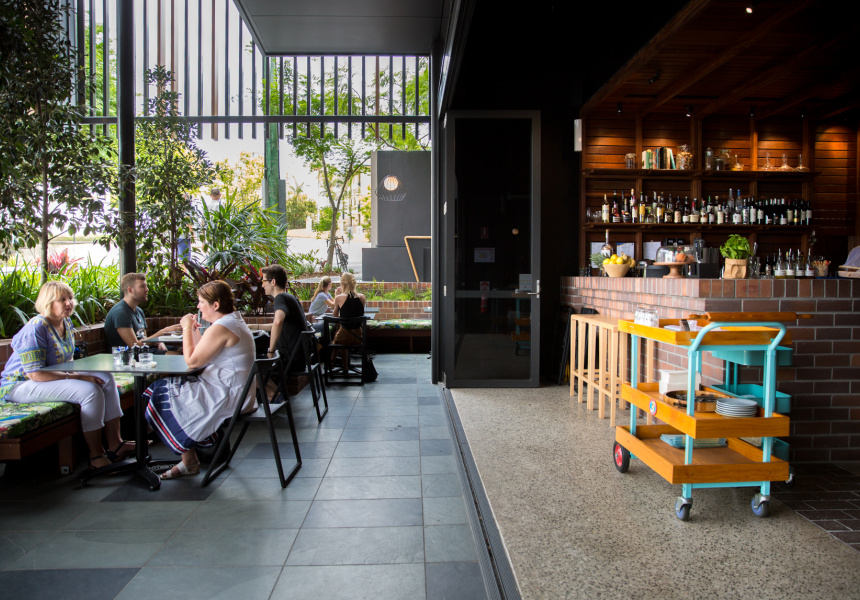 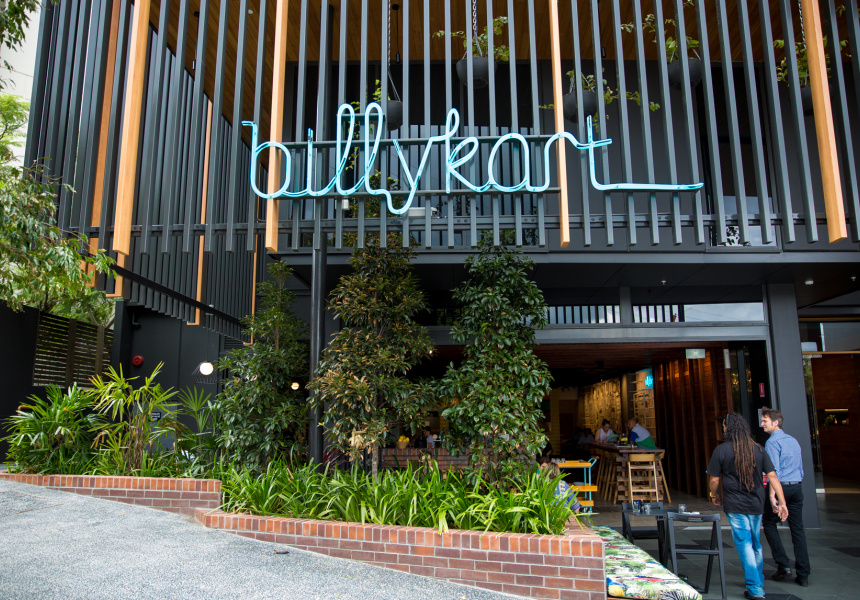 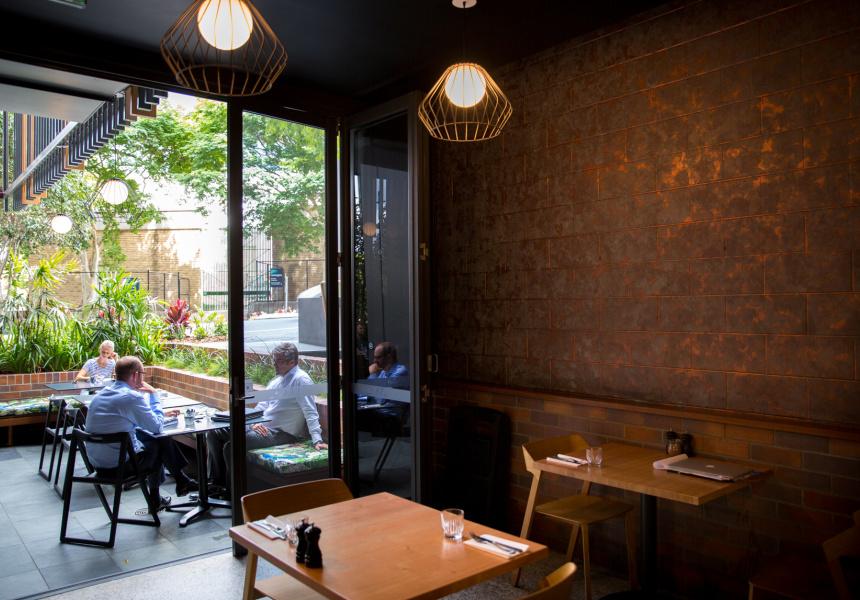 Billykart West End mimics its older sister, but gets to stay up later. Ben and Dee O’Donoghue, owners of the original Billykart Kitchen in Annerley, partnered with manager Ben Roberts to bring its tried-and-true offerings closer to the city.

On the ground floor of the Aria Botanica building, Billykart West End’s aesthetic stays close to home. Architects Marc & Co approached the fit-out with the neighbourhood’s personality in mind.

Colourful, frosted glass windows pop out of the back timber wall, nodding to West End’s mix-and-match houses. A picket fence, latticework and bricks feel contemporary but with a casual backyard vibe. With a Campos coffee in hand and a place among the locals at the large communal table, you’ll feel right at home.

During the day, drop in for house-made crumpets with honeycomb butter. Annerley breakfast favourites such as Asian eggs, and buttermilk pancakes with coconut caramel banana have been borrowed, too.

Dinner belongs to West End alone. Spit-roasted quail with fig and goat curd; and yoghurt-baked fish with walnut fennel crust are fine examples of O’Donoghue’s bistro-style fare. At the bar, sip blood-orange Negronis and Aperol spritzers well into the night.

Next door, Billykart Provisions sorts out a night in, with takeaway Billykart meals and bottles of tap beer or craft wine – just fill up and head home. There are all-day lunch offerings, pastries and fresh bread from local baker, Sprout. Pick up Billykart butter or jam if spread is what you need.