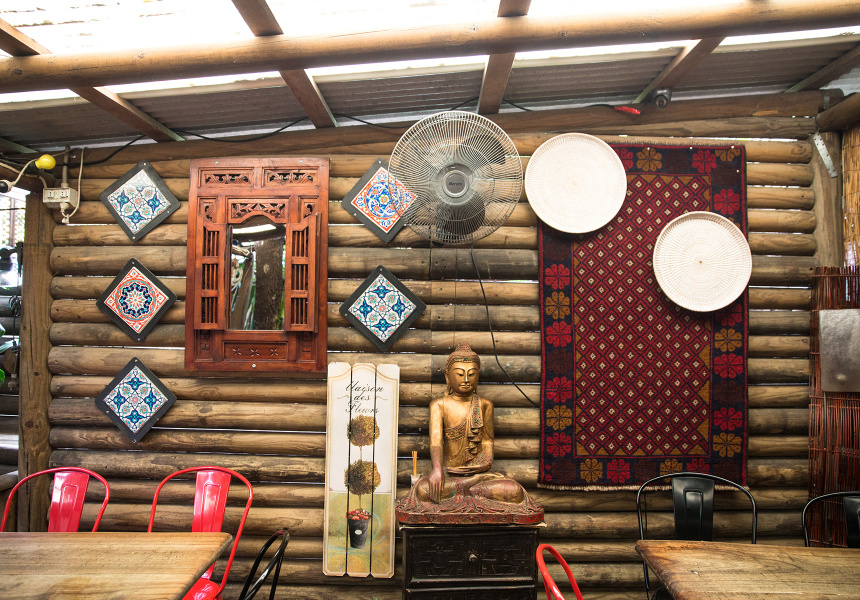 The Three Monkeys long predates the arrival of cafe culture in West End. Before 1995, when Ralph Stamos bought the joint and the cafe as it’s now known started to take shape, it was a modest eatery, serving meals to students from surrounding boarding houses. Decades, many extensions and a change of ownership later, it’s grown to encompass a maze of private alcoves, a sun-lit courtyard and fully-fledged cafe service.

With all the atmosphere of a Turkish teahouse, this is a space made for lingering. More is more here: floors are thickly layered with carpets, walls covered in several generations’ worth of bric-a-brac and the menu well endowed.

The Three Monkeys’ reputation for huge cups of chai and generous portions of cake precedes it – and that’s precisely what pulls the crowds, with a queue that often wraps around the block.

As well as Middle Eastern and European-inspired sweets such as baklava, orange halva cake and Greek shortbread, the front cabinet also offers a vast array of layered and swirled cheesecakes. Serving coffee until late (just shy of midnight on weekends), this cafe is a postscript to many a night out.