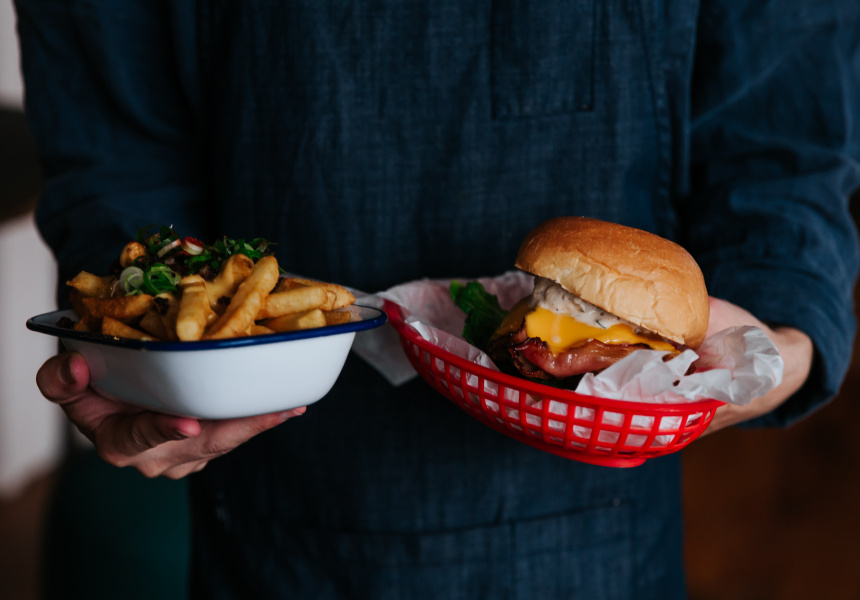 Bender's Bar peddles five burgers and a short menu of sides such as hot wings and beer-battered onion rings. The cheeseburger, which first found stardom at owner Ben O'Donoghue's cafe Billykart West End eventually became a cult classic. It's easy to see why. The cheeseburger is the ultimate example of the celebrity chef's lack of pretence. The burger patties are made from brisket, rump and chuck steak that is dry-aged and ground on-site. The accompanying milk bun is baked to O'Donoghue's specifications. The only thing not prepared in-house is the slice of American cheese.

Beyond the cheeseburger the other burgers include a chicken "sando" with bacon and ranch dressing, a fish burger built on crumbed flathead, and a vegan number that has a spiced cauliflower steak and nut aioli. For drinks, it's 10 tap beers and ciders, a punchy wine list and a clutch of spirits.

And that’s about it. Much of the fit-out remains from the venue’s Copperface Jacks days, but a fresh coat of white paint and the pink neon Bender’s signage has brightened up the space. The final result feels like a neighbourhood pub for the apartment and office blocks that are clustered around the intersection of Boundary and Melbourne streets.